Homeopathy, what is this branch of medicine?

Homeopathy was created by Samuel Hahnemann. He was born in Meisen, Prussia, on April 10, 1755. He had profound pharmaceutical, chemical and toxicological discoveries. After several years of medical work, he left this profession. According to his writings, he felt unable to heal others by the scarcity of his means of healing and by ignorance of the exact effect of drugs, so he abandoned medicine. 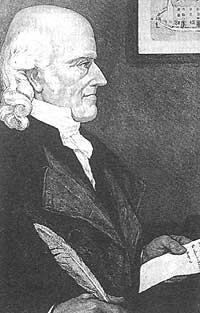 In the following years he worked on translation. One day he was returning Dr. Cullen's treatise on the toxic properties of quinine and was surprised. According to the treaty, this substance produces periodic fever in toxic doses, but it is also used to cure periodic fever to this substance.

Starting from this revelation, Hahnemann began to take this drug and was confirming his first intuition over time. He experimented with other people and got the same result. From this essay it establishes the following principle: The quinine that breaks down a fever creates in the healthy person appearance of a fever.

Post-quinine with other substances (sulfur, belladonna, pulsatilla, etc.) tried with the same result. Thus, he checked the constant relationship between the disease and the drug and came to the following law:

The substance that causes symptoms in a healthy person can cure the patient who presents them.

The law of likeness is the first principle of homeopathy.

Hahnemann often finds that the toxic effect of a drug, even in very small doses, persists in the experiencer as a bad disease. Therefore, it uses ever smaller amounts of toxic substances endangering its therapeutic efficacy.

But at this moment he makes his second great discovery: agitating with hardness every solution (fever) gets sedagaia of less and less toxicity but of greater strength. Therefore, we can say that homeopathic medicine consists of diluted and energized substances. This is the second general principle of homeopathy.

For example, if we take Pulsatill, want to be outdoors, dry mouth without thirst, illness in closed places, involuntary crying, improvement in comfort, envy, jealousy, etc. we experience. This would mean a dynamic change in our energy. If the person we consider sick has the same symptoms, we will give you that medicine that will seem to you and return to your psychophysical balance. 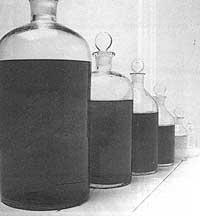 The infinitesimal dilution principle provided by Hahnemann considerably reduces the amount of substances taken and these are effective.

Homeopathy analyzes the effect of the first medicine on the healthy person for subsequent application to the patient. In man there are many subjective reactions that animals used in trials cannot show.

In homeopathy a single drug cures all the symptoms of the disease and is only given.

Unlike allopathy (normal medicine), in homeopathy the change of sengaday or polypharmacy is not used. Each time Hahnemann used a single drug. Hahnemann disagreed with the polypharmacy, considering that the influence of two drugs used together was not predictable, especially when their influence is largely unknown. (Therefore, each time you have to take one medicine and not two or three together.)

The essence of Hahnemann's work is that the healing of symptoms or diseases is not the most important thing, but the understanding of the patient.

The treatment does not correspond to a special organ, but to a person who lives in a concrete economic and social environment with inheritance, constitution, morphological type, nature and own psychism.

Hahnemann develops the energetic conception of man he calls the Principle of Life. Disease is the result of the anabasa of this principle of life and without the restoration of this principle health cannot be recovered. From the point of view of Hohnemann, who encourages beings and directs their actions is energy. This vital energy maintains the order and functional harmony necessary for good health.

When this life force is altered, functional blends are formed and tissue changes occur. But it can take a long time without producing organic damage to the body, without more than the chaos of that vital force. For example, the person who first suffers liver colic is considered sick from that time on. However, months, perhaps years ago, there were no cases of abnormal symptoms that appeared during the disease and even colic. In other words, colic is considered a much more visible symptom that marks the visible onset of the lesional stage of the disease.

This chaos of life force can be due to many causes and manifests itself through a set of symptoms. These symptoms serve to reorder this altered life force, preventing organic damage. If this is not achieved, the chaos of life force becomes a pathological alteration of functions and tissues.

Local diseases (hepatitis, tonsillitis, osteoarthritis, etc.) ). ), are expressions of this dynamic chaos. If these diseases are eradicated without worrying about the correction of chaos, the organic wound will be healed, but not the sick one, as it will remain with an unbalanced life force and then suffer more diseases. For example, removing eczema without paying attention to other symptoms by ointment is not healing, because if the skin is sick the whole body is sick. 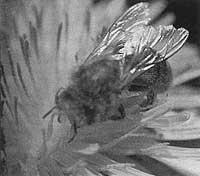 Homeopathic medicines originate in plants at 50%. However, it also uses animals such as bees and minerals.

Therefore, when the same patient returns with asthma, some consider that the disease is different, but this time the disease is another manifestation of the imbalance of the vital force that has not been corrected before, since with the first ointment only the symptom was treated, regardless of the person in its entirety.

The alteration of vital forces is perceived by all symptoms. That is, by the sensory, psychic and physical discomfort suffered by the patient and by everything the doctor can see in the patient, which should be the only way to find the relevant medication.

This need to adapt the medication to all the peculiarities of the patient forces the study of the smallest teachers who separate each other.

Therefore, in Homeopathy there is no medicine for each disease, since according to the symptomatology we can give different medicines to two people with the same disease. For example, in two people who release tonsillitis one may have the right and the left side more painful. In addition, the right side will be very irritating and the left side will not. One will be thirsty, the other not, so we must look for the peculiarities of each patient until we find the medicine that covers all the symptoms. The medicine will be different for each patient, since each of them expresses their disease (tonsillitis) in a different way and what we should treat is not the disease, but the patient with all its characteristics.

If the like drug refers to all the symptoms that the patient presents, its administration will lead to the disappearance of the entire set of symptoms and the disease.

The organism constantly releases energy from its interior; from the center to the surroundings. Anything that goes against the free expression of this vital energy will attract an energetic imbalance that generates a vital dysfunction. As a consequence of this dysfunction there will appear numerous symptoms such as dislikes, depression, phobias, inflammations, tearing, ulcers, tumors, etc. Therefore, all symptoms have a common origin in the patient and a very close relationship between them. For example, eczema, headache, fear of darkness, anguish of conscience and the tendency to tonsillitis will be connected.

What is pressure? It is isolated healing of the symptom or disease, regardless of all symptoms and biopatography of the patient.

The idea of suppression is not rare in Classical Medicine. This medicine tries to eliminate everything that annoys the patient and considers it cured after suppression. Thus diarrhea is cured, eliminating the disease by means of optional or drying medicines; or it is cured by removing the goiter or the fibroids that form them; or it is cured by the introduction of eczema by ointments. 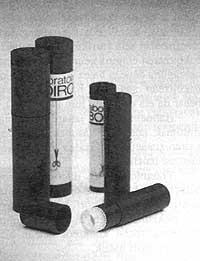 Homeopathy is marginal among us, but it is widely used in France. Commercial homeopathic medicines.

Therefore, it is considered that the patient is cured of his diseases, and if he has empty symptoms in a period of time, no relationship is established between the disease that has been eradicated and the one that has just appeared.

Knowing the adverse effects of the deletions makes us discover if there is a new symptomatology that, when the new disease appears, has been eliminated in the patient's history or has been cured as they say.

Homeopathy has long known the idea of suppression and its negative consequences.

These adverse effects are very varied and their effects can be unexpected and special. For example, often the suppression of a leak or rash is often due to asthma, headache or rheumatism.

The unknown, and especially what official science does not recognize, is that change is a consequence of much more and often much more serious suppression.

We must recognize that there are mechanisms of metastasis or substitution that we do not yet know in the body. But although we do not know it, these mechanisms exist and in that sense we need to make systematic observations.

Before cutting the leak, starting the swamp or removing a simple verrita, we must assess the contrary and favorable reasons. Symptoms caused by imbalance of the surface part of the life force (wart, drip, etc.) If we only take them into account and do not value the deeper symptoms that always appear next to them, we make a suppression. If we don't want to, we must address the patient's dynamic and profound change.