Opentrad will be presented on the 30th in Barcelona

Opentrad is the first automatic system that translates from Spanish to Basque. In addition to translating texts and documents, it allows you to browse Basque through web pages in Spanish. 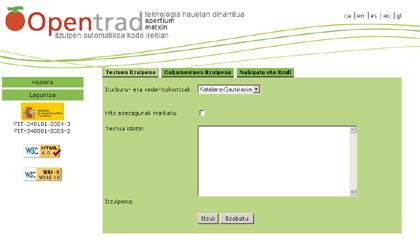 The result will be released on Tuesday, May 30, at 11:30 pm, in the Aula Master room of the Polytechnic University of Catalonia, in Barcelona.

In issue 219 of the magazine Elhuyar Zientzia eta Teknika (April 2006) we published a broad article on the project Opentrad.