Britain is willing to invest in the commercial development of wind energy. Due to its versatility and lack of reliability, the incorporation of wind energy into the national network does not seem adequate. But the detailed analysis suggests something else.

The Government is expected, through grants, to support these projects by promoting industrial investment in wind energy. Lobbyists pursue measures to streamline subsidy control legislation, tax benefits and private generation of electricity. 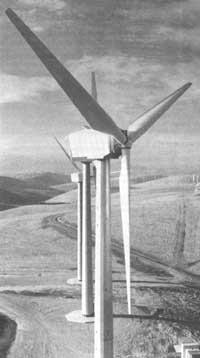 Wind zones have generated attitudes against nature lovers in California. Similar attitudes are expected in Britain.

But to what extent is wind power a useful source of power generation? The wind is not sustainable, it is changing and its behavior is difficult to predict. However, these disadvantages are not as serious as they seem. Wind power at a low level, up to 5% of electrical demand, can be as useful as any other energy source. According to national network computer models, wind turbines can produce up to 10 times more of this amount of electricity without causing any serious operating problems.

From a technical point of view, wind energy is more valid for large energy systems than for localized supplies. In small systems, the union of a few turbines can generate an important part of all energy, making them very sensitive to wind variations. Diesel stations, for example, must compensate for incidents by following the wind turbine output changes. Uninterrupted shutdown and commissioning of diesel generators would result in fuel expenditure and increased maintenance costs.

On the contrary, the integration of wind energy into large energy systems has few problems. If wind power alone is responsible for a small part of the installed capacity, incidents in wind turbine outlets are lost between the variation in electrical demand. Fluctuations in wind turbine outputs can be reduced by placing many turbines in different locations. In addition, large systems, with many connected units, have a greater capacity to absorb changes. These systems often have hydroelectric units or gas turbines that can respond immediately to changes in network conditions.

Energy storage is not important, as the main function of wind energy is to overtake fuel. Many wind turbines should be installed to generate various storage energies. In addition, storing large amounts of electricity is expensive.

The main function of wind energy would be the fuel advance, which is the main cost of the conventional system. It would also save a lot of money because wind energy improves confidence in the system, leaving aside the need to build expensive plants.

Figure 1 shows the demand for electricity detected by the Central Electricity Generation Commission in January 1978. You can also see the output of a wind power system of 25000 megawatts.

And what about the potential costs of wind power operation? There can be three types of costs: cyclical losses, reserve costs and wasted energy.

Cyclic losses come from the commissioning and stopping of thermal plants. Thermal power plants are complex machines, designed as tights. Any energy source you have when it comes to starting these power plants and requesting the shutdown immediately increases them. 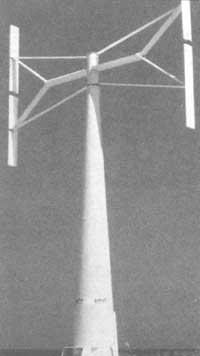 Vertical axis turbines located for the capture of wind energy.

The reserve costs are derived from increased electrical demand or the need to ensure the system's response to possible wind calms. In either case, the other part of the system will find a higher demand than expected. The commissioning of large thermal units will take many hours and the need for reserve is fundamental. However, the use of hydroelectric rather than thermal power plants virtually eliminates response time. In these cases you can look for another solution. By special rates, when necessary, for example, have customers who do not care about power outage.

If wind turbines supplied much of the system's capacity, the cost of use would increase immediately, since to keep the minimum level of the thermal plant connected it would be necessary to waste a large amount of wind energy.

Until recently it has been difficult to determine the optimal combination between power plants (including thermal power plants and wind turbines). Today's complex models show that cheap wind power could radically alter the optimal plant combination.

Currently most power plants use computer models. According to them, all plants can generate electricity whenever necessary and fuel and capital costs are ideal. These models do not support other energy sources that may be affected outside the hydroelectric power plant, so it is impossible to integrate wind energy into such models. 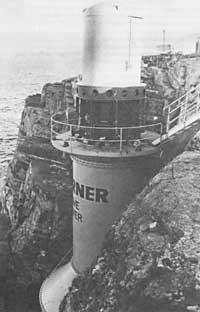