Commercialization of the body

Although the availability of medical resources for health is a right, the use of medicine and biotechnology sometimes generates ethical concerns in society. In fact, the resources of biotechnology have often made the path of solidarity to the market, to the point of endangering human dignity.

There are many examples of concern. One of them is surrogate motherhood: some argue that it is the crudest example of the commercialization of the body, which opens the door to the exploitation of the most vulnerable women, but for others there is no exploitation during the leave. But it's not the only concern that biotechnology generates. Other issues are patents and genetic commercialization, the use of biometric data, the powerful private industry created around medicine and biotechnology, the social inequalities that can generate the technologies themselves…

In view of the concerns it generates, it is important to address the social debate and, why not, to establish public policies more aligned with the concerns of society than with the interests of the market. As a starting point for the debate, we have invited two researchers to give their opinion:

[Itziar Alkorta Idiakez, expert and expert in bioethics]. Professor of Civil Law at the UfV. He is also a member of Jakiunde and has a long history in investigating issues related to human fertility.

[Not Available]. Professor of Philosophy of Values and Social Anthropology at the UPV/EHU. In his doctoral thesis, he analyzes alternative policies and cultures of menstruation. 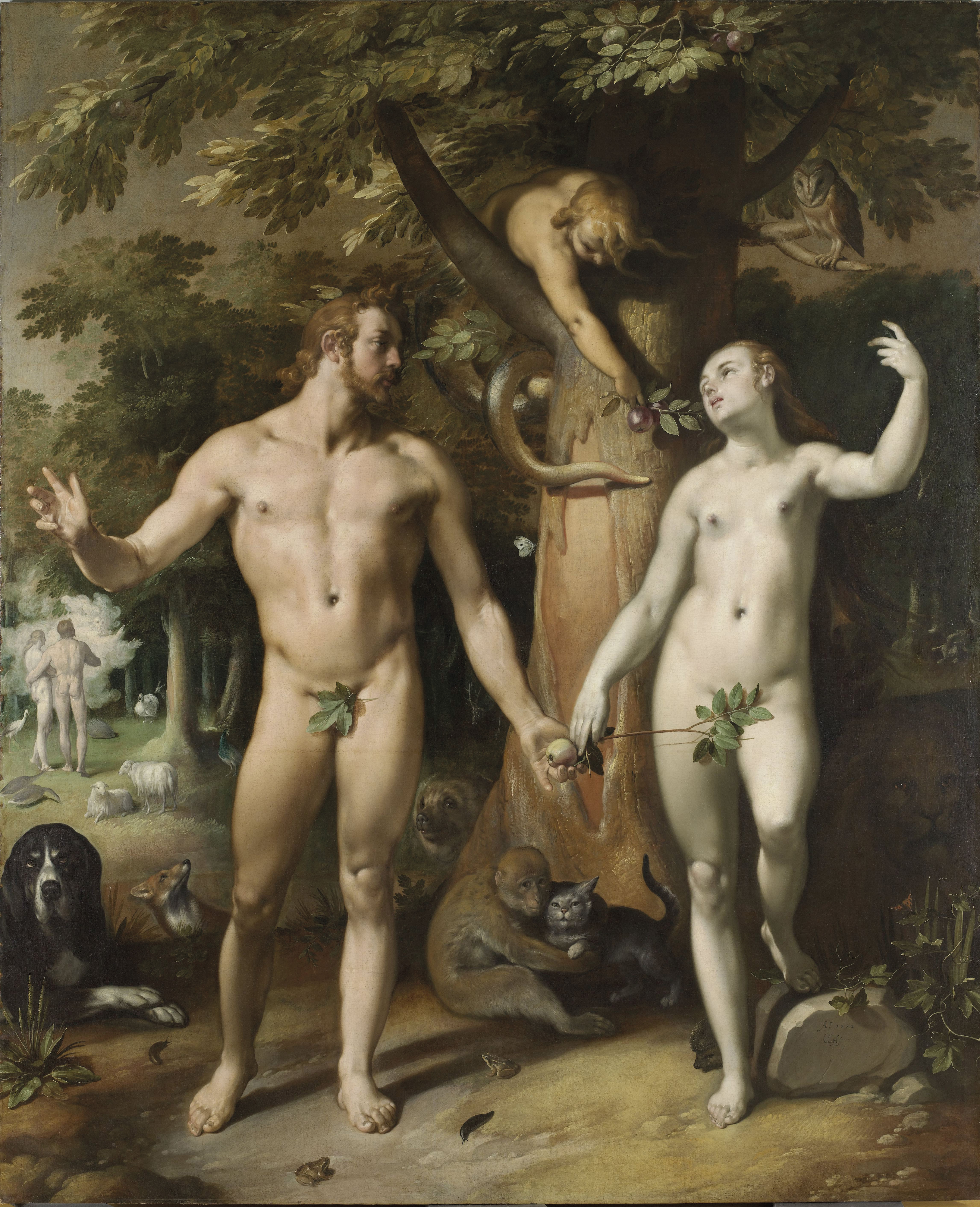 If you look at the history of the human body, you'll soon discover that perspectives and looks have changed a lot over time. Take, for example, the painting Cornelis van Haarlem Man's Leap (previous page). Adam and Eve are represented in the middle of Edemen at a time before their fall into a sin with such grave consequences. Nothing predicts misfortune, except snakes…

If you look at it, you will discover that these slim bodies represent a new aesthetic based on the anatomical findings of the time. Until then, it was thought that the bodies followed the movement of the stars and the forces of the cosmos; since then, several logics have predominated to explain the functioning of the body: the logic of mechanics, the entry and exit of energy, the exchange of information… If the views and epistemologies on the human body have been changing, what is our current view on the human body? This question can be addressed from multiple perspectives: scientific, medical, judicial, artistic, ecclesiastical... Here I'd like to work on the perspective of biotechnology. And I'll say it from the beginning: I think our current view is getting closer and closer to the body and the machine, as if the boundaries between the two were blurred.

The view of biotechnology

Parts of the human body, tissues and genes have been on sale for a long time. It has been said that the human body is the new “El Dorado” of our time. It all started with the “Moore” case when the ownership of the T cell line derived from a patient’s tissues was questioned by the patient or by the researchers. Shortly thereafter, an Australian biotechnology company patented a gene sequence of the Tonga tribe and received great benefits from research into diabetes treatments. Tonga did not receive any benefit. His boss saw him like this. “They came before looking for a sanitary weed, now they want to carry our genes.”

Does it sell bodies?

The commercialization of cells, genes and organs has also put the functions of the human body for sale. In the Indian state of Gujarat, private clinics founded and subsidized by the local Governor offer human bodies for clinical testing of drugs and vaccines. Also female belly for children. These are industrialized processes that use anonymous women to satisfy the hunger of children in rich countries.

And in recent times, we can mention the digital revolution that has been the covid-19 epidemic. We've collected on thousands of servers a vast array of health and social data absorbed by mobile and smart appliances. They will then analyze this data and smart programs will observe and address bodily functions by making automated decisions.

Biotechnology uses genes, tissues, information and functions extracted from our bodies to commercialize new products and integrate them into other bodies, forming diseased parts and improving the functions of the human body.

At this point it should be noted that in modern law it was established that human bodies and body parts should be out of trade, since they cannot be considered as “things”. But the latest laws have changed the rule. Currently, the patient can donate his biomaterial to the researcher or the biotechnology industry. This donation allows biomedical researchers or companies to adapt, market and patent these elements. To do so, we must first consider that human bodies are “things”.

I think the most usual dynamics of extraction and insertion of body parts blurs the boundaries between bodies and machines. At the same time, if the parts of the human body and information are on sale, and if those who buy them make it worth it, are we not on the way for human beings to become “things”?

One of the main objectives of feminist social anthropology is to observe how social inequalities are produced and reproduced in different historical and cultural contexts. To this end, it is essential to pay attention to social class, gender, racialization processes and other aspects. But beyond the inequalities and regulation of bodies, the discipline also has a specific look at the agency of people, that is, it makes visible any small selection and resistance that people can make to improve their situation in very different conditions. This view can help to look at the policies of technologies and the commodification of bodies.

Several feminist theorists have explained that technologies can be an area of negotiation of power relations (re)and for this it is necessary to analyze well for whom they are designed and who has the opportunity (or not) to design technologies. Linda Layne (2010) has defined feminist technologies as tools and knowledge that will improve the ability to develop, increase and express women's abilities. But the contribution of improvements in life for some women does not have to become a feminist technology if other types of gender and social inequalities persist. Therefore, all the consequences of each technology must be well known and understood that, even in terms of context and time, the consequences are variable.

Examples of this complexity are menstruation technologies, many of them very interesting initiatives based on the Do it Yourself philosophy. Despite feminist concerns at the starting point of the creation of the Month Cup, small producers who have organized ethically (and politically) the production system of this product have joined other major corporations such as the supercorporation Procter and Gamble, owner of the Tampax brand, which has sparked numerous debates.

In the case of monthly applications, however, despite the availability of technologies that benefit menstruators, many applications market the data of users, making them reach third parties and often without the consent of users, in some cases for research, but in others to feed consumer profiles. Neoliberal capitalism is always willing to suppress social demands and, according to contexts, economic systems and conditions, we must carefully understand the policies of technologies.

Risks and opportunities of technologies

In a neoliberal context in which social inequalities are soaring, life is replaced by the market in the center, where the commodification of life and bodies is being strengthened. It also seems that, through certain technological solutions, the crises that permeate the context will be overcome; neoliberalism represents that everything is possible, not only in terms of fertility, but also of a healthy and perfect body without limits. Always through consumption. This crazy wheel of commodification and health consumption is related to a culture of positive thinking about a particular welfare model that hides individualism and productivism.

Technologies, more than to reinforce social inequalities, can be used to overcome them, always taking into account the complex and changing materiality of bodies, the environment and life, limitations and potentialities and feminist perspectives of reproductive justice. In this sense, it is urgent to analyze and transform the material consequences of any process in the most vulnerable groups, taking into account the agency, freedom and empowerment of the most vulnerable subjects. 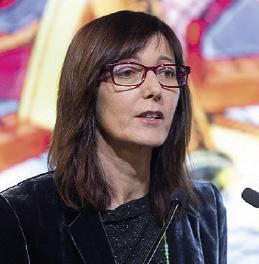 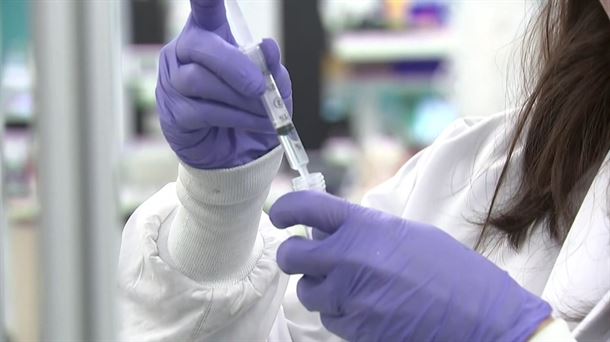 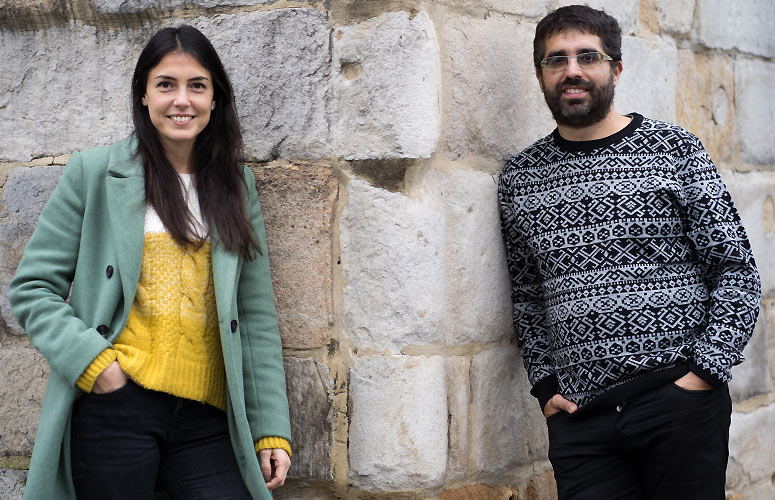