Keys for reflection in the installation of the project "New value"

“Fragments, debris, garbage, bush… why are they contemptible because they have lost their function or have we stopped observing it? Is it possible to remove the residue concept? Based on these questions, Arlette Apraiz, Doltza Oararteta, Jaione Ortiz de Zarate, Maider Amutio, Nerea Andrés and Oihane Enbeitia have sought answers. The search process has lasted nine months and the result has now been presented through an artistic installation. 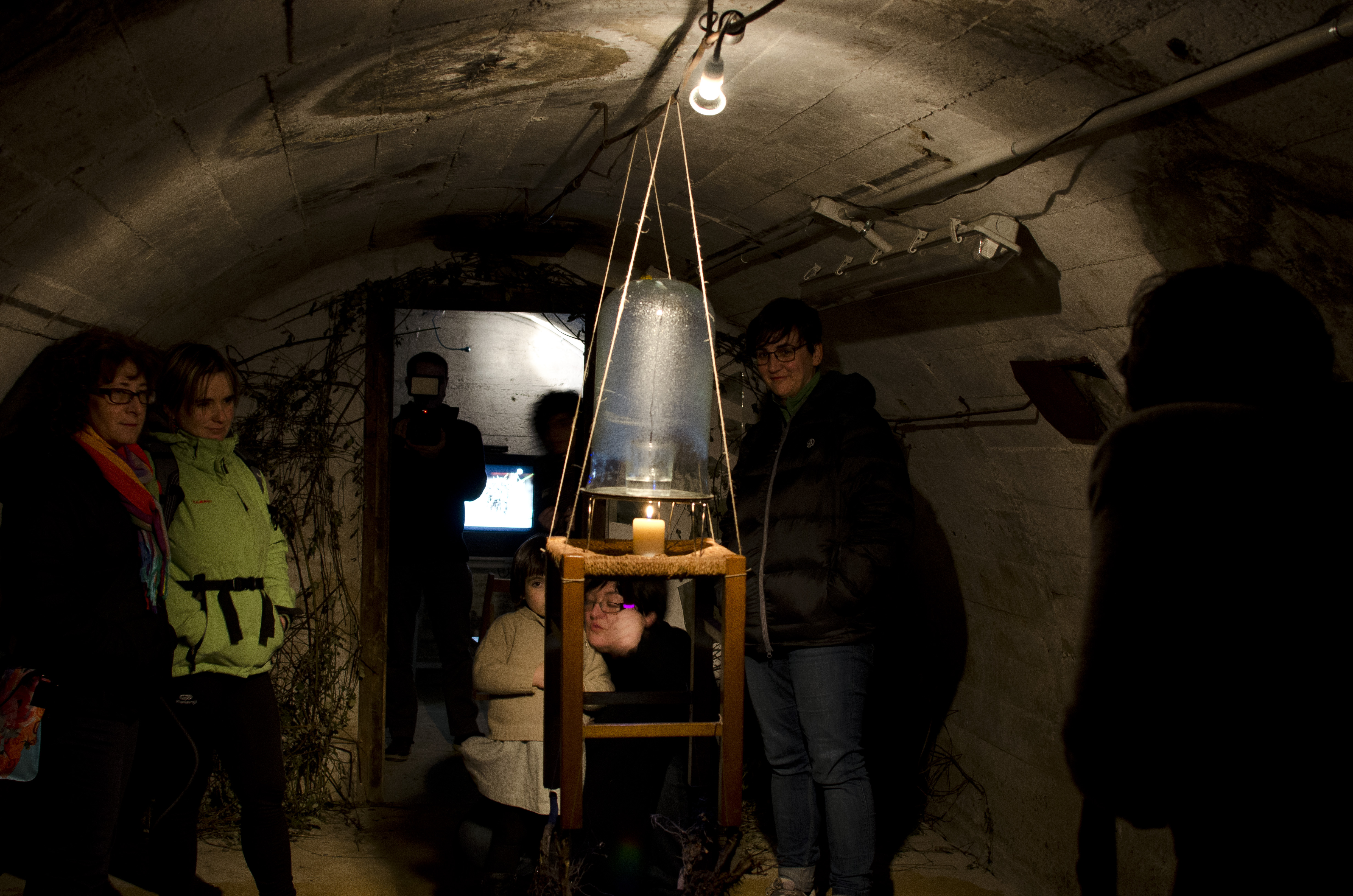 The installation resulting from the Value Berriz project has been prepared in the Gernika bunker. Ed. Eider Carton / Elhuyar Zientzia

The installation was carried out in the bunker located opposite the social factory of culture Astra de Gernika. In fact, the team members have chosen this space for the exhibition, which adds to the “spirit” of the project.

They point out that they wanted to look “beyond the life of a single value” and have questioned the concept of residue to “discover new paths in objects, thoughts and spaces”. Now, through the installation, they want to invite society to spread its eyes, ears and head, and to reflect on values, “because what has enriched us in the process will also be enriching for society.” 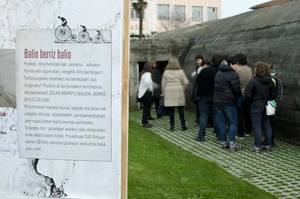 To do this, they contribute to the intimate atmosphere of the bunker, which, according to them, is ideal to “face its interior”. Visitors are invited to take a tour of the installation. At first, the simple candlelight lights illuminate the path. Immediately she meets a mouth. The projected mouth attracts and surprises at the same time, can not escape. Suddenly the movement and voice of the mouth are interrupted: it says what to say.

Later, the visitor finds other elements of reflection: sounds, smells, hair, mirrors… And a new mouth, this time with another message. Then, a bell that shows the water cycle, on a flywheel chair with roots. Under the area and the spiral. And on the other side of the door, surrounded by bushes, a video that summarizes the process that the team members have experienced. With this the route is closed.

Outside the bunker, those who have visited the plant talk about their impact on them. They will still have the opportunity to return, even those who could not approach yesterday. The weekend will be open, Saturday from 18 to 20 hours and Sunday from 12 to 14 hours.

Back to Values from nerea arribalzaga on Vimeo.

It should be noted that the project has had the impulse of the scholarship of creation in the Science Society of the 2012 edition of CAF-Elhuyar. The aim of the scholarship is to support projects that generate an interaction between science and technology and society, which was held for the first time last year. The scholarship is scheduled for the CAF-Elhuyar 2013 awards. The deadline for submitting projects is already closed and at the awards ceremony will be known who will receive the grant.

“This entry is #Scientific Culture I. Participate in the festival”