Gipuzkoa at your fingertips! 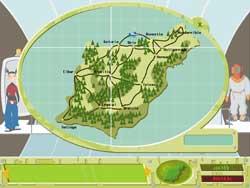 Besides playing only on the computer, with family or with friends, players at the same time, villages of Gipuzkoa, history, culture, environment, customs, etc. will have the opportunity to meet him.

Gipuzkoa at your fingertips: Multimedia game against destructive robots Maju

On the one hand we have the computer game, Gipuzkoa at your disposal: Maju against destructive robots; here the young man is offered the possibility of participating in an adventure that crosses Gipuzkoa.

The protagonist of the game is the young Gipuzkoa Maju, who will have to fight against the evil plans of Dr. Erots who has attacked Gipuzkoa. To do this, Maju will have to get Dr. Erots to remove his coastal island. But not everything will be so simple, since Dr. Erots has manufactured some malicious robots. These robots are doing demonies in several villages of Gipuzkoa and, before going to the island, Maju faces them.

The player, while playing, will discover some representative places of each village. The villages will be the context in which the knot of the game is developed and the player, as he immerses himself in the adventure, will identify in a very playful way the characteristics of the villages. The player can be a way of appropriation of the existing wealth in Gipuzkoa, since when he realizes some things that surround him and that he does not know, he will surely be aroused the curiosity to really know those places.

Gipuzkoa at your fingertips: Maju is a computer conversation game against destructive robots, that is, the player must interact with the characters that appear in the game to get the necessary objects to advance in the game. Other objects, on the other hand, should be obtained in arc type tests.

The complete game will also be placed on the internet, on the portal of Elhuyar for the little ones ( www.zernola.net ), and can be played by anyone.

Gipuzkoa in your hands: quiz and racing game

On the other hand, Gipuzkoa at your disposal: the game of the question table offers the young man the possibility of playing with others: brothers, parents, friends, companions, etc. It can, therefore, be a resource to strengthen ties.

This game consists of a race on a tour that crosses Gipuzkoa and that will be the first to complete the tour. The game of geese is like the famous table game, but with the peculiarity that to go ahead, the player will have to answer questions about Gipuzkoa in most boxes. There will be other squares: borders, villages squares, prisons, etc. 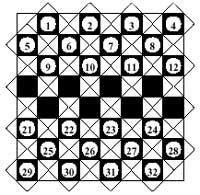 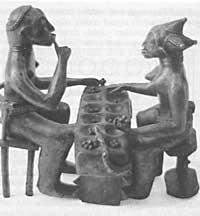