Pharmaceutical research. For whom?

The medical advances of recent years have undoubtedly given very satisfactory results. Survival expectancy has increased by an average of 4 years in the last two decades and the level of health quality has also increased. 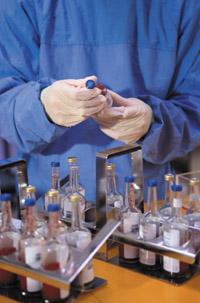 The importance of medicines in this improvement is increasing. Currently, 8% of health expenses are allocated to medicines, increasing 15% annually. The most growing component in health care spending is the drug trade. Given their growth, they will soon exceed medical and hospitalization expenses.

This huge pharmaceutical industry invests $57 billion a year in research, which is not bad. But for whom?

While it may seem otherwise, improved health has increased inequality among peoples. In fact, health research and development is aimed at rich countries. A cold fact: 90% of the total money spent on global health research is destined to solve the diseases of the richest countries, 10% of the world population, and 10% of the total to improve the health of the poor, 90% of the world population.

Some developing countries, overflowing with the immunodeficiency virus (HIV) and unable to provide antiretroviral remedies, have wanted to take action against patent protection. The pharmaceutical industry, supported by the US government, has left these efforts to zero. For example, many people infected with HIV - 90% in developing countries - are affected by Cryptococcal meningitis fungal infection. Without treatment life expectancy is limited to a month and for its treatment the product Fluconazole produced by Pfizer is necessary. But in countries that have no patent rights, such as Thailand, the generic equivalent costs only $0.70 in countries with patents, such as Kenya, a day of treatment costs $20. Meanwhile, Pfizer earns more than $1 billion a year.

On the other hand, are the new drugs generated by the pharmaceutical industry really innovative? Not necessarily. Some recently marketed medicines have undoubtedly responded to health needs that had not been met previously. However, other new products have not meant great therapeutic improvements. In many diseases, finding innovative drugs is not easy and in most cases they are marketed with old products but with small changes. To be profitable just make a small change to make a new patent and everything else is pure marketing. The lower the product change, the greater the marketing effort needed to sell.

Pharmacies spend nearly 40% of their marketing revenue. They say that these expenses have a training and informative objective. The aim is to inform the doctor and the general public about the characteristics and advantages of the new drug. But to what extent are medical reports reliable?

Before allowing the marketing of a new product, local organizations' pharmacy agencies ask drug manufacturers to conduct testing. To do this, it is necessary to analyze the impact of treatment on different people and use large resources. To date, he went to public clinical hospitals, but in the last decade pharmacy producers have found another way.

In 1991, in the USA pharmaceutical producers allocated 80% of the money for external clinical trials directly to medical schools and university hospitals. Only 40% in 1998. The contract-research organizations created specifically for these cases have taken over. These private companies offer the necessary centers to implement protocols, as well as doctors, pharmacists and other professionals. Once the work is completed, the research results are sent to drug producers, who decide what to do with them.

Even when trials are conducted in public centers, the kit itself often writes the protocols to be performed and tries to delay or hinder the publication of the results when the results are not favorable. 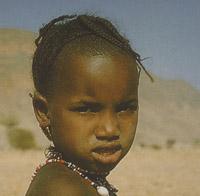 In recent works it is observed that in symposia sponsored by a single pharmacy office in the USA, the propensity for the appearance of articles in their favor is much greater than in the unprotected. And for cancer drugs, for example, in industry-protected studies only 5% were anti-product. When the sources of income were not commercial this figure amounted to 38%.

Five main kits have recently decided to reduce HIV drugs in Africa. That's not enough, but there's something. In research, the help of private sources has also become a necessity, and therefore, because many interests and money move, we have to have our eyes open.

Although it is rare to equate health to any other product, as the head of a house of drug manufacturers said: "The industry has never been philanthropic. It always produces its products for profit."

The problem of medicines in developing countries

On the one hand, "the pharmaceutical industry is more interested in investigating the healing of diseases such as obesity, baldness or impotence than in solving the tropical diseases of millions of people."

Moreover, "although some diseases have remedy, these diseases have disappeared in developed countries, so the production of medicines for them is not profitable. The consensus reached in recent years on vaccines and contraceptives should extend to other diseases."

Finally, regarding prices, "only 1% of the price of medicines is cost of production. Research expenses would be borne by rich countries. We are not against the patent system, but all people have to be entitled to basic medicines."