The cycle "In the Light of Women Scientists" begins 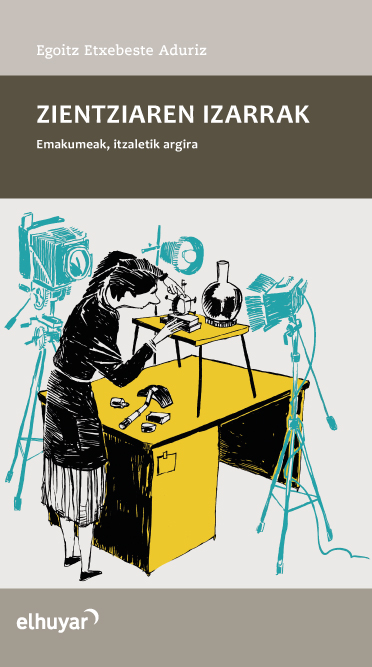 On October 19, the Ernest Lluch Cultural Center launches a new programming line. Under the name of women scientists and under the coordination and direction of Ana Galarraga Aiestaran, from Elhuyar, this new program will delve into the scientific dissemination work of the House of Culture, which is added to the joint work of the new paths of Science that it has launched together with the DIPC.

In the light of women scientists, the objective is to meet women scientists. In the history of science and technology, women's contributions have been hidden, and discrimination against women is still evident today.

Through face-to-face interviews, people will be able to meet women scientists working in different fields. What leads them to investigate, what questions they want to answer, what surprised them most, what difficulties they have to face ... And to overcome the stereotype of “two cultures” (sciences and humanities), they will also recommend their favorite books.

The sessions will be in Basque and their audios will be heard in the podkasts of DK Irratia de Donostia Kultura and on the website zientzia.eus de Elhuyar.

To open the program, Egoitz Etxebeste Aduriz wrote the stars of science. Ana Galarraga will present the book 'Shadow Women in the Light' on 19 October at 19:00 in the hall of events of the Ernest Lluch Cultural Center.