It has been seven years since Piarres Xarriton adapted Xabier Kintana's 2000 Dictionary to the situation of Iparralde and Elkar published it. Since then, the situation of Basque has evolved and has intensified in different areas, more and more issues are being worked on in Basque and therefore the demands of users have been increasing. 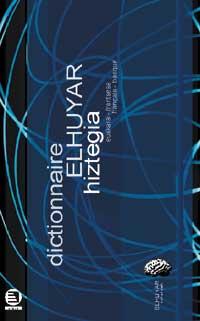 Among these requirements was the need for a more complete and current bilingual Euskera-French dictionary. The new goal was agreed and set by Elkar and Elhuyar, and the result is the ELHUYAR Dictionary.

This dictionary includes 36,000 entries divided into two sections: Euskera-French and French-Basque. Along with the usual words, whether from the North or the South, are collected the technical words and those that journalists writers have recently used in their daily work. The dictionary includes 6,000 compound words, expressions and locutions. And in the annexes section, the names of the Spanish and French provinces, the names of the states of the world, the Basque municipalities and the grammatical annex.

This series of words, however, may only cover in part the linguistic needs of many Iparralde vascophiles, especially translators, teachers, writers and others with a working tool in Basque. In this context in which Basque is increasingly widespread, it is evident that more complete bilingual dictionaries work in Basque and French. In this sense, larger projects will be carried out, lasting several years, knowing that they will require a broad and deep group work. 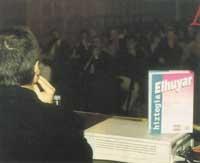 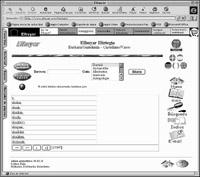 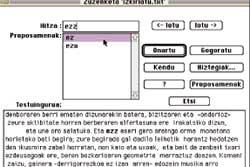