The “Crack” drug has spread to every corner of North America, but it can also be purchased in Europe, since last year appeared in Britain and France this drug ideal to quickly kill the person.

Since 1985, it has caused great damage in large American cities. This drug, coming from cocaine, is a means of rapid and productive enrichment for death traffickers. Its plant is Erythroxylum coca, which lives in Peru, Colombia and Bolivia. From the leaves of this bush, after many chemical reactions, white powder is obtained, specifically cocaine hydrochloride.

Crack is very easy to extract cocaine from hydrochloride. Add water and carbonate (Na 2 CO 3), sodium bicarbonate (HNaCO 3) or ammonia (NH 4 OH) to the hydrochloride cocaine. This procedure has its advantages. On the one hand, crack can be burned like tobacco and on the other, it maintains the pharmacological properties of cocaine dust. When cocaine is burned as a cigarette (often mixed with marijuana), heat only makes 1% retain its pharmacological characteristics (feeling rest, euphoria, excitation). When the crack is burned, 84% keep these characteristics. 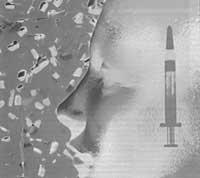 If eaten in the form of crack, the cocaine has an escape effect. After the immediate “flash”, euphoria lasts a few minutes, but the emergency that comes after is not precarious. Promptly encourage smokers to take more doses.

Crakca's manufacturing technique is based on the procedure called Free Basing discovered in 1974 in California. The goal is to convert the hydrochloride cocaine into a cocaine paste in order to burn it.

Crack chunks are burned in cigarettes, water pipes or empty Coca-Cola jackpots. In the water pipes the hot fumes of the crack are cooled before entering the air by water action. To burn in the empty pot of Coca-Cola, a step is made to the boat and in it a few small holes. The pot is placed horizontally, followed by a little water inside to cool the fumes. The pieces of crack are placed on a scaled hole and is set on fire with a lighter. The smoker pulls the smoke inwardly through the hole that is made to the drinking pot. The cocaine paste emits a small noise when it is burned and is similar to that produced when the word crack is pronounced.

First, blood pressure rises and the heartbeat accelerates, causing tachycardia. Then they feel horrors, burukomine, vomiting, and diarrhea. The smoker may also suffer from lung seizures, with respiratory arrest (apnea) and even death.

Along with all this, the smoker also has other psychic symptoms: euphoria, feeling of strength, increased sexual taste, hyperexcitation and hallucinations. These symptoms have a duration of between fifteen and thirty minutes and, subsequently, become slowly extinct for an hour or two hours.

These effects can be explained by taking into account the neurobiological effects of cocaine, which alter the functioning of brain nerve cells (neurons), especially those that produce neurotransmitter related to dopamine or feeling of rest.

Neurons are star shaped cells. They have nucleus and arms that form dendrites and axone. At the end of Axone, the end of the arm is next to the cell body or the dendrite of another neuron. The intermediate space is called synapsis. Communication between both neurons is done by chemical substances secreted in the synapsis.

This last system is interesting in our case when dopamine flows in neurons. When cocaine is consumed, dopamine is not recovered in the neuronal axones and the nervous pulse is kept continuously producing a feeling of continuous rest between neurons. But when the cocaine concentration in low blood, the neurons recover dopamine, the nervous pulse disappears and the drug addict returns to its real state. The drug addict wants to stay in a state of continuous rest and will feel an insurmountable effect that pushes him back to take drugs. Every time you have to take more doses and in the end dying with overdose is not strange. 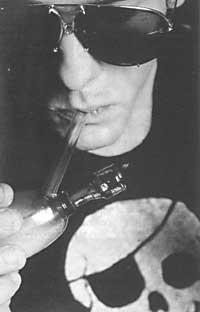 This lethal effect of cocaine has been verified in the laboratory with rats and apes. A small catheter is inserted from the jugular of the animal to the heart and leaves outside by a small hole in the back. The catheter carries at its end a syringe full of cocaine. The animal learns very soon that when activating a lever of the cage the dose is gone to the blood and when the feeling of pleasure disappears again affects the lever. So it behaves again and again until it dies by overdose.

When the effect of crack goes, the smoker is in very poor condition. Depressive and paranoia, it is usually violent around it. In addition, a good system of extension of AIDS is to be a crack smoker, even if it seems a lie. At first, malignant propaganda indicates that no syringe is used, so crack is burned and there is no risk of AIDS transmission. That's true, but the coin has a darker face. In fact, the smoker behaves sexually on a regular basis and is infected with AIDS.

We must insist that crack is an absolutely harmful crack for society and smoker, at the same time it is a vital business for traffickers. With one gram of cocaine, 800 milligrams of crack (ten doses) are extracted. When cocaine is in the form of hydrochloride, the drug contains chlorine atoms, but during the manufacture of crack ammonia (for example) extracts chlorine atoms. The drug loses weight by eliminating chlorine from cocaine, but a dose of crack, with its annexes, weighs 80 milligrams and not 160 milligrams like the dose of cocaine. That's why a kilo of cocaine paste is drawn in the form of crack four times as much money as cocaine. In the United States they get 10,000 dollars from crack and 2,400 dollars from cocaine.

The biggest problem is found in large American cities. Last year it was estimated that there were twelve million Oman cocaine. In New York alone there were a million drug addicts, 10% of the total population.

The problem of cocaine and crack in Europe is still not so serious, but very worrying. Perhaps the price of cocaine has to do with it. In the United States, the gram of cocaine costs between 600 and 1,200 pesetas and in Europe ten times more. That's just a sales strategy. When the new product is introduced in the fair the initial price is high, but when demand increases the low price. In other words, dying for drogodependent is faster and cheaper. 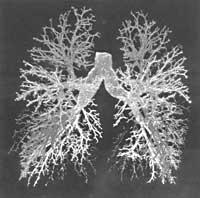