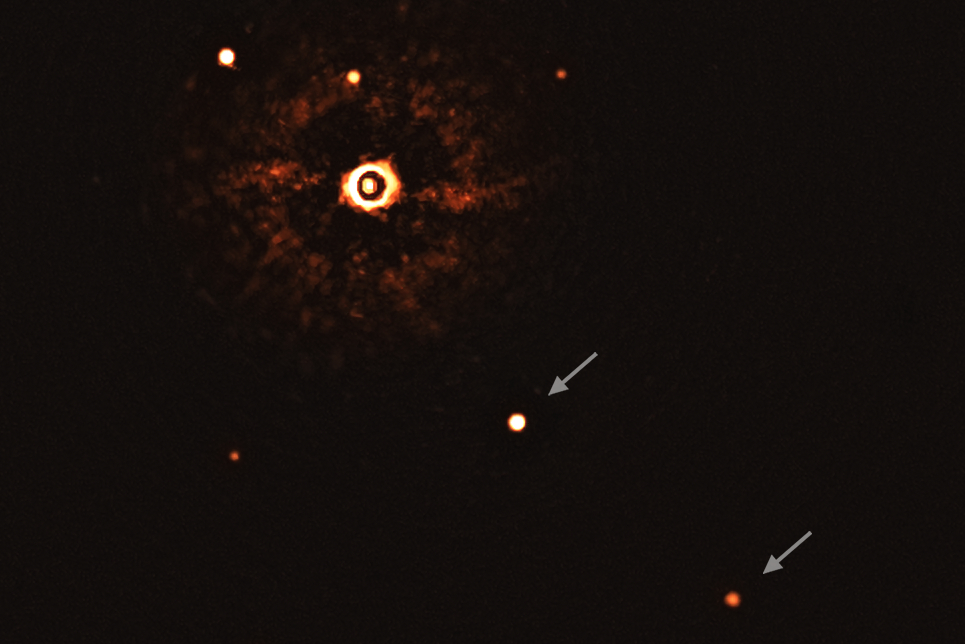 Combining the images taken with the VLT telescope, the European Southern Observatory of ESO has observed a planetary system formed by two giant planets around a star similar to the Sun. The discovery was explained in The Astrophysical Journal Letters.

The TYC 8998-760-1 planetary system is located in the constellation of Musca, about 300 light-years away. The star is similar to the Sun, but much younger: He is only 17 million years old. The two surrounding gas planets are very different from the gas giants in our Solar System. 160 and 320 units of astronomy with respect to the star; Jupiter and Saturn, respectively, are 5 and 10 units of astronomy. As for the size they have nothing to see either. One has 14 times the mass of Jupiter and the other six.

However, the discoverers affirm that when our Solar System arose it resembles the planetary system they have observed recently, so they expect that with the construction of this type of structures, new teachings can be obtained.

Although thousands of exoplanets are known today, most of them have been detected indirectly, focusing on the small changes of brightness they produce in their stars. But only some have been observed directly. As for planetary systems, so far only two systems have been seen live, but it is the first time they see two planets in a star similar to the Sun.

The images have been taken at different times to be able to separate these planets from the stars in the background. In this way, it has been possible to access the full image.

The image has been made possible thanks to the SPHERE corograph that is underway on the VLT telescope. The instrument covers the light of the star, which allows to detect the light of much weaker planets. Last May, thanks to the same tool, they obtained images of an emerging planetary system in the constellation of Auriga. 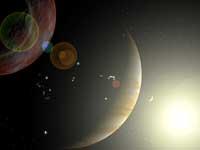