Betelgeuse. With this name can be anything, a monster or a Visigoth king. But no. It is the name of a star and I would say that it is the red star that is best seen at first sight. It is one of the stars of the constellation of Orio. 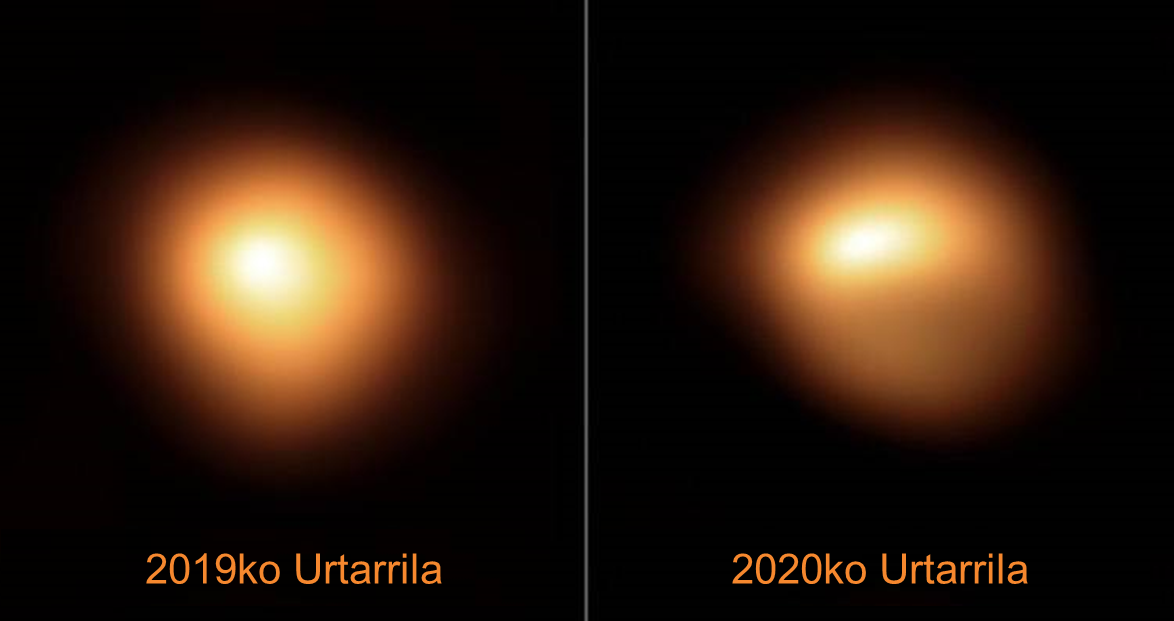 It is a big star, known and very studied. And as it is large and red, astronomers know it is in the last phases. Formerly it was smaller and white, but when consuming most of the hydrogen from its surface, the surface cooled and its color changed from white to red. That is, the star entered the process of death.

The death of a star can be extended for thousands of years. However, the time elapsed in the case of Betelgeus since the start of the process.At the end of 2019, Betelgeus lost brightness. Very fast, a few months. And astronomers were very surprised.

It is true that the last phase of the death of stars is very dynamic. It burns the hydrogen contained in the nucleus and forms a layer of helium that compacts and heats the star and launches a new burning. In this last burning the helium is fused properly and the star can perform several cycles of compression dilation (the process can vary in the mass of the star).

In large stars, the last step is an explosion. Betelgus will, but we do not know when. The issue is that this loss of brightness of the last month put astronomers in a state of alarm. Will it happen? And if it happens, when will it be? Or do we see the loss of brightness by passing a cloud of dust between us and Betelgeus?

Alarms are lit and Betelgeuse is checked. The UPV astronomer Naiara Barrado has sent me some results of my latest research. And they have found quite surprising results. On the one hand, it seems that the dust hypothesis is correct and at the same time we have seen one of those pulses of the death of the star. It seems that it has lost and recovered its brightness. But it does not seem that we are close to the last explosion of Betelgeus. Hundreds of thousands of years can pass before the explosion.

This star, which looks at a reddish eye, will probably not be exploited. But we have learned something more about him.