5G is here. It is located in the center of capitals and several cities, although in reality it is not yet a complete 5G, but an intermediate step between 4G and 5G. But it comes, it is on its way. It will have notable advantages, but concerns are also few. 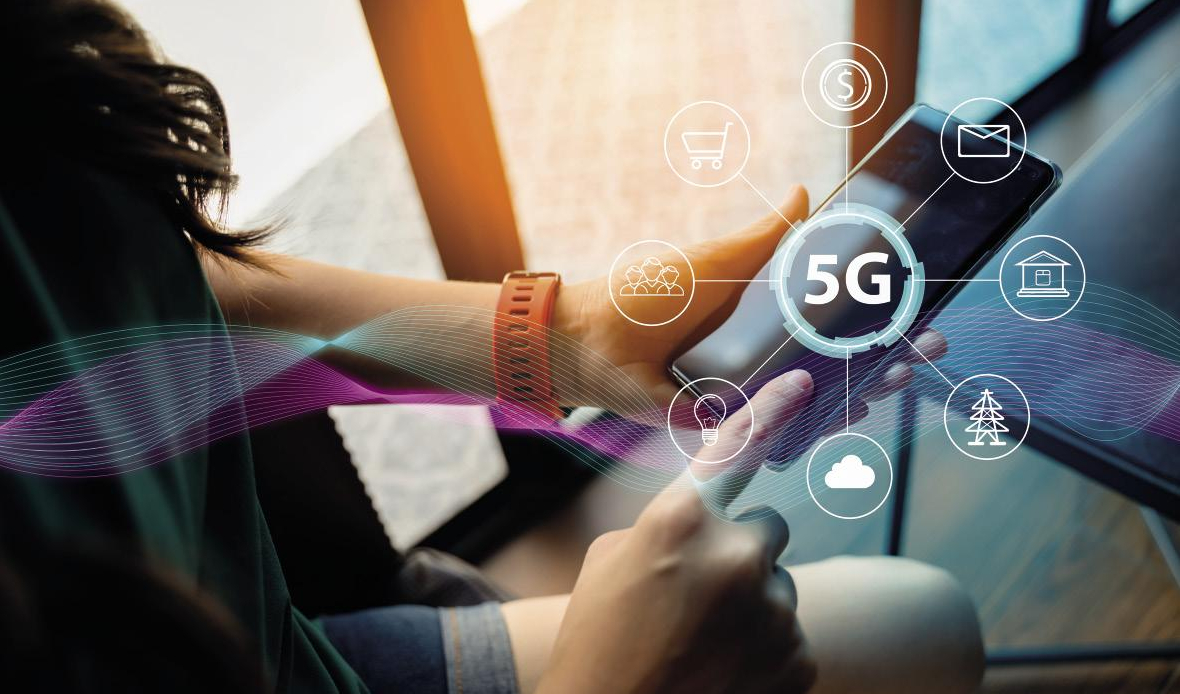 Talking about 5G technology is often talking about revolution. Will the new generation of mobile connection technology be really revolutionary? “My first impression is that this is a new sangria, which before went from 3G to 4G, now to 5G,” says computer scientist Iñaki Alegria Loinaz. “Then there will be the account in the apps. If they are used a lot and become universal, then it can be a revolution.”

“I think so, it will revolutionize,” says Zaloa Campillo Mandaluniz, head of the College of Telecommunications Engineers of the Basque Country. But he also says: “It won’t be tomorrow.” In fact, it does not pass from one generation to another. Infrastructure change, acquisition of devices adapted to the new technology by users, etc.

The promises of 5G technology are not of all kinds. The data transfer rate can be 10-20 times higher than 10-20 Gbps. Latency, on the other hand, will considerably reduce the time needed to act at the other end of communication, from 20-60 milliseconds to 1-2 ms with 4G. And the number of devices that can be connected in a certain area will be 10 times greater: one million devices per square kilometer can be connected.

These improvements will be achieved thanks to different innovations. On the one hand, three frequency bands will be used. In the low frequency band (< 1GHz) very good coverage is achieved, the signal reaches a great distance from the antenna and crosses buildings well, etc., but a maximum speed of 100 Mbps can be reached. In average frequency (1-6 GHz) coverage is lower and there are more problems crossing obstacles, but you can reach a speed of 1 Gbps. And finally, the high frequency band (24-100 GHz) serves for very short distances and does not cross buildings, but can reach a speed of 10 Gbps. The use of 5G will be simultaneous.

In addition improvements have been introduced in data encoding, modulation, protocols, etc. Campillo highlights two: spectrum efficiency and smart antennas. “Spectrum efficiency is three times better than in 4G. Therefore, it is possible to enter more data in the same place and more quickly. And the new antennas, the mMIMO antennas, are smart. They emit the necessary radiation power to the required place. It is not the same a sensor that is sending a few kilobytes to watch TV on mobile. And that's what smart antennas take into account to channel traffic. That’s why they’re much more efficient.”

“There is a large number indent from 4G to 5G, but that’s optimal, then you have to see in real conditions when you can get it,” says Alegría. “What was previously done with the cable is now done with 4G, for example watching TV. Now you can do what you can do with fiber optic with 5G but without cables. That is the dimension of change.” Campillo: “The question is what ecosystem will be created about it, why we will use it; that will be revolution.” 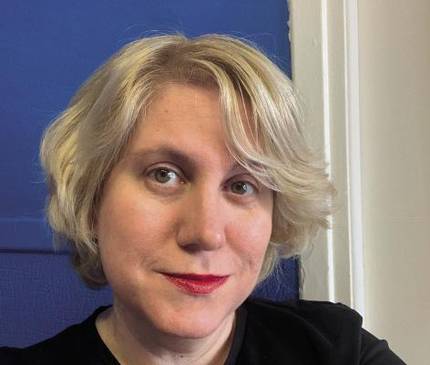 Zaloa Campillo Mandaluniz. Head of the College of Telecommunications Engineers of the Basque Country.

Joy is clear that 5G will offer interesting options: “What is in the hands of a few (because good and expensive fiber connections are needed), is going to be a much larger expansion and new opportunities are going to be created.”

The 5G also seems to be a real immersion pathway on the Internet of Things (IoT), as it is very easy to have things connected, such as home tools. And it will also be fundamental for autonomous vehicles. “Connecting smart cars and all the devices in the environment requires many sensors, and low latency is vital. If the signal is late it is as if it did not arrive,” says Alegría.

In fact, “latency is the most important key to this revolution” for Campillo. “In the case of autonomous vehicles, these milliseconds can determine the existence or not of an accident. Without 5G, without that little latency, we can’t move forward that way.”

Whether autonomous or not, cars could connect with each other with the 5G, and thus pass information to each other about problems or situations encountered on the road, for example.

In fact, we can move from connecting people with people, to connecting things with things and people with things too with 5G. This can lead to a new view of objects. “We’ll connect with things and humanize things,” Campillo explains. “For example, if the fridge on the portal reminds us that we have to buy eggs and yogurts, it will eventually become one more of the house. It has already happened with vacuum robots, we also name them. Things will be more part of our life.”

It will also provide opportunities for telemedicine and care; for example, a patient may be at home monitored from the hospital. “It will allow the care of the sick and the elderly. We will have to see if this is used in a complementary way or to replace prisoners,” says Alegría.

It can also be of great help in an emergency. For example, “sensing buildings can pass the notice of a fire or gas leak, and when you realize there is fire on the ground floor, firefighters are there,” says Campillo. “And in the field of smart cities, a whole world opens up: to manage electricity and water more efficiently, to save energy, etc.”

The cloud will increase considerably. Thanks to speed and latency, the user will not notice any difference between content on their device or in the cloud. This implies that the contents are left in the hands of a third party. “Autonomy, security and parameters change, a dependency is created,” warns Alegría.

On the other hand, Campillo considers that 4G has already fallen short. For example, in the pandemic we need to do things remotely. “With the 5G I can put glasses of my virtual reality and take university classes. With the current latency there are cuts, the rhythm is lost, the concentration… But with a small latency, glasses are put and it can be as if it were in class or in the work meeting. Your companions look at you and talk to you, it almost becomes a reality. Today we cannot do it.”

It is clear that the possibilities that 5G can bring are many, but there are also concerns. Among them, those related to health. It is not a new issue, and in recent years there have been numerous research on the health impact of electromagnetic waves, 3G, 4G and 5G. And no danger has been found. This is evidenced by the study published last year by the World Health Organization.

Cybersecurity is also one of the concerns, as if there are more connected devices there will be more attack options. “The more windows you open so that thieves can enter more options,” explains Campillo. “Windows must be closed correctly. Control is ours. We cannot give data to anyone and we must be careful with the apps we download. Sometimes we give them permission to open the microphone without knowing it.”

The proliferation of cameras in the streets, especially in China, has given much to talk about. Alegria warns that 5G will facilitate social control: “Knowing anyone’s face anywhere will be very easy.”

As for the digital divide, he sees the risk of increasing the problem: “In a first step, at least, it is observed that if there is now a gap between the connected and the unconnected, with 5G, connected at high speed, connected at low speed and not connected, large investments are required.”

But there are those who see it as an opportunity to fix cracks. Campillo believes that with 5G we can humanize technology, which will help older people: “Holograms or virtual reality glasses can serve to bring the family closer or facilitate hobbies. For example, you can put on the glasses and join four people to play cards. We shouldn’t lose connection with people, but technology can help.”

“Technology must be inclusive and for everyone,” adds Campillo. And remember another gap: “Women should be generating technology, not just consuming it. If we don't create technology to different people, we can't see things from other points of view. And from there the digital cracks finally emerge. Because we don’t think about everyone.”

From an environmental point of view, some underline that antennas will be more efficient and that devices would also need much less power to connect. However, keep in mind that, in addition to existing ones, it will be necessary to install many more antennas, that the connected devices will be much more numerous and that the traffic will also be much greater.

“Antennas and our terminals will consume much less. And the sensors are increasingly autonomous, like a small solar panel,” said Campillo. “Smart projects must be sustainable, for example in massive sensor projects it is taken into account.” 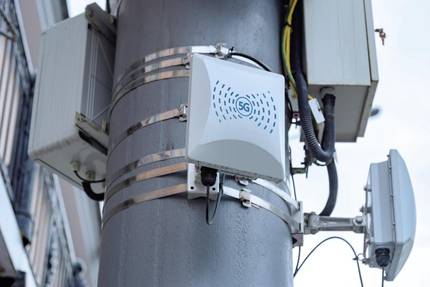 Joy is not so optimistic: “Hundreds of satellites and millions of antennas are expected when 4G is still unamortized. And although new appliances consume less proportionally, we want to increase power. More antennas, more devices, more speed, more cloud use… A trend is expected to dramatically increase energy consumption.”

Environmental organizations and other citizen movements are calling for a moratorium, among other things to better analyze risks. Joy makes sense to define standards in terms of energy, security, etc. “This has been done with cars, putting limits on speed, consumption and emissions. We need to strike a balance between technological progress and other interests.”

Thus, Alegría considers that before the deployment occurs, we should think about what we are going to ask for this technology. “But we’re late. Frequency band auctions are already underway. In short, States have considered it an income. It could also be a public display. The beginning of the Internet was like this, but that has already been forgotten.”

In this sense, Alegría highlights another concern: “These technologies are being left in the hands of very few companies. All the information, which should theoretically be encrypted, is in the hands of an oligopoly.” Hence the Huawei case. There is a distrust that spies the information that will go through your devices. “We don’t trust them because they are from China, but do we trust others?”

“We have less and less technological sovereignty,” says Alegría, “but not only people, but also governments. For example, a company decides whether or not Trump can intimidate. It is being left in the hands of private management of the public and, although it is not really the fault of technology, it can contribute to increasing this trend.”

The wave comes. “Before we said “if it comes” because it came by order of the government. Now the multinationals command. In addition, most people take good, the 5G has prestige. But ethical aspects need to be worked well.” Campillo agrees on that: “The important thing is the use of technology. We must work on a deontology. There we have a lot to do.” “Digital education is very important,” added Alegría, “there is a great job to do, not only with young people, but with everyone.”