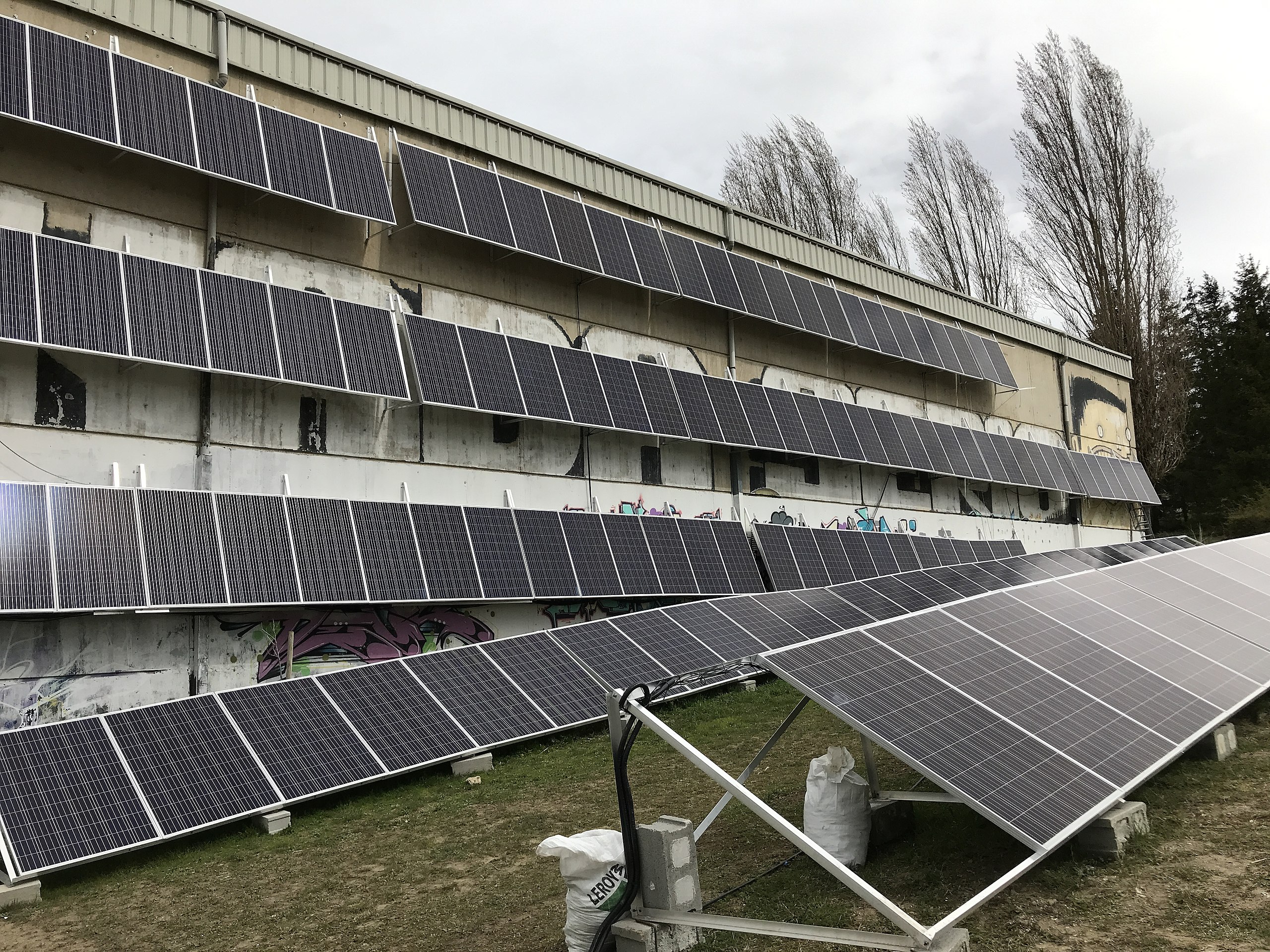 [Photovoltaic panels in the district of Errekaleor]. Ed. Txo/Wikipedia CC 4.0

The Ekopol and Life Cycle Thinking Group (UPV) research groups have estimated that the per capita energy footprint of the Errekaleor district is 24% lower than that of CAPV.It follows that alternative and community life can reduce energy consumption, especially because of the importance of energy used to produce the goods and services consumed.

Researchers note that the Total Primary Energy Supply (TPES) indicator is generally used when quantifying a country's energy consumption. This value is derived from data provided by the International Energy Agency (IEA) and takes into account total primary energy consumption within a country (households, transport, industry and services).

However, it does not take into account hidden energy flows, energy imported from other countries as well as service. Therefore, some countries, generally the Global North, seem to consume less energy than it is. The opposite is true of the countries of the global South, which seem to consume more energy than they actually consume. And that is that much of that consumption is actually hidden energy flows that are geared towards the countries of the Global North.

The Total Primary Energy Footprint (TPEF) indicator takes into account not only the total primary energy allocated to each country, but also hidden energy flows. Energy traces at the regional (Basque Country, CAPV) and neighbourhood level (Barrio libre Errekaleor, Vitoria) have been calculated for the first time using the Input-Output methodology.

On the other hand, it stresses that electricity from the photovoltaic installation of Errekaleor accounts for only 0.6% of the total energy footprint of the district. “In addition, we have seen significant variations in the TPEF according to housing: people gathered in families or cohabitants in the same household have a lower usage mark (28.45 MWh·biz-1·year 1) than those living alone (42.79 MWh·biz-1·year 1). The latter have, on average, a greater footprint than one inhabitant of the CAPV”, he explains.

According to Villamor, research is useful to understand the importance of factors influencing ecological footprint and to design more effective policies to reduce footprint. The study was published in the journal Sustainable Production and Consumption.