Ready to mix art and science

Arteleku has organized a workshop to analyze the relationship between science and art. Around this theme, during the months of May and June have been organized talks, film screenings, etc. Look for new ways to link current art with science.

The project has been called CellCulture, translated into Basque cellular culture. The workshop reflects the artists' interest in collaborating with scientists. Among other things, participants will have the opportunity to see the daily work of research centers of all kinds, which will be a material to create new projects or, at least, integrate them into old projects.

The concern of the artists is not there. They also want to analyze the influence of art on science and vice versa. The section offered as an introduction to the workshop program is very representative: “In April 2000 a green rabbit was born in France. Eduardo Kac was the first artist to genetically transform a mammal. The rabbit is now in a laboratory near Paris. But what does the birth of this rabbit mean for the artistic community?”

The aim of the last generations of artists has been to investigate new media. But that is not just a feature of current art. Throughout history, artists have tried to use the most recent ways of expression, which often has to do with the scientific field. At the time, artists have always adapted the technology available to create new types of works.

To some extent, artists have become researchers to improve original materials. For example, painters tested all kinds of solvents to handle the paint. The development of oil technology opened new doors. In the middle of the 20th century Flemish painting and, being a very suitable technique, spread rapidly around the world.

Today's society is based on science and the relationship between science and technology is stronger than in earlier times. This situation has led artists to the fields that have led to the revolution of science, especially genetics and artificial intelligence.

CellCulture is not the first workshop organized by Arteleku. Members of the organization began organizing such activities in 1987. Although in the initial workshops it was a single discipline (for example, silkscreen/lithography workshops), now they start from theoretical proposals that extend to all areas of art. They participate in different acts that can be developed around a topic. For example, in 1995 the Collisions workshop was organized to work on the conceptual art of the sixties.

The director of this year's Arteleku workshop is Swedish photographer Cecilia Andersson, who participated in 1996. Andersson, in addition to dedicating himself to photography, performs various collaborations such as the Scandinavian art magazine Nu, the Italian Subject Celeste, the Swedish Repertoire or several Swedish newspapers. In Zehar magazine published by Arteleku, Andersson will act as a special contributor to the summer issue. For the title of the workshop he has chosen CellCulture, because its name indicates with great precision the objective.

Ten participants from Catalonia, the United Kingdom, Germany, the United States and Ukraine gathered in San Sebastian. The difficult has been achieved, bringing together artists interested in science in one place, since this hobby is not very abundant in the artistic field.

The workshop will consist of scheduled visits for participants, lectures by prestigious artists in the field of the relationship between science and art and film exhibitions. In addition, participants will have the opportunity to visit some research centers located in the city of San Sebastian. In it they can analyze the daily work of scientists and innovate in the projects that occur to them.

Film exhibitions are divided into two groups. On the one hand, the aim is to analyze the influence of science in films through science fiction films, which in general reflect what society receives from science. Five films will be screened, each representing the viewpoint of their time.

There will also be space for experimental cinema. The exhibition has been titled Cine Calculado. Each day there will be eight short films on the same subject.

The aim of the workshops is not to carry out works but to support the development of projects. It also aims to encourage reflection on the collaboration between the scientist and the artist. This is a very expressed concern for artists. How can science help art? And art to science?

The first question is easily answered. Art receives from science and technology many supports to express its ideas. The new ideas of artists can also be based on science. The second question is not so simple to answer.

The scientist can enjoy art. But that is not the reflection that is asked. What does the science of work in collaboration with art collect? Artists and scientists work with different philosophies and that may be the first important point. When faced with a problem, scientists often do not see the general. New approaches are of great help to research.

But, certainly, art can be the perfect tool for the dissemination of science. In short, the concepts are explained better graphically than with the formula and the text. Art is also closer to society than to science itself. This is the main contribution of art in this symbiosis and, above all, science disseminators should open the doors to art. 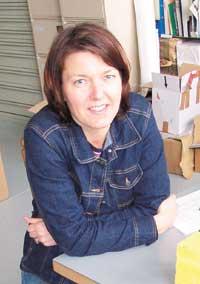 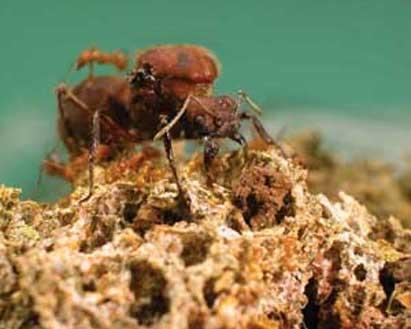 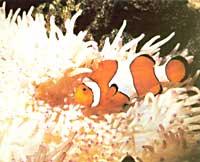