Arrasate's industrial and cultural activity has not departed from zero. After visiting the “José Mª Arizmendiarrieta Polytechnic School”, we can say that we find the root of the march that is taking place in Arrasate. Our colleague Joseba Etxeberria was in charge of directing our visit, presenting people and corners of the School. To talk about the history of school, philosophy and activities, we were accompanied by Joan Leibar and Milagros Arregi. 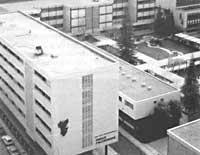 José María Arizmendiarrieta returned from exile to Mondragón in 1941. On 10 October 1943 he created the Polytechnic School to give an exit to the local youth. At first they were only 20 boys and were under the auspices of “Fathers of Catholic Action”. As this institution was protected by the Church, connections were created. Therefore, an independent organization had to be created. Therefore, in 1948 the “League of Education and Culture” was created.

This institution became the “José María Arizmendiarrieta” polytechnic school in 1980. The first headquarters of the school was located in the Biteri schools and in the current place of 1964, in Iturripe. Since applications for access to the school are made from all over the Basque Country, conditions have been necessary. Therefore, the youngest have to learn in the schools of their villages. The studies of medium teachings are open to those of Arrasate and the valley and those of engineering to students from all over the Basque Country.

Over time the activity of the School has changed. At this time, the activities are as follows:

Training never ends. When students finish their studies, to see what is the pace of technology innovation, they need recycling. In this line the following entities have been created:

This punching machine has been made entirely at the School.

As mentioned above, ESKOLA is a Cooperative. The highest decision-making body is the General Assembly, in which three sectors participate:

These three groups have the same participation in the General Assembly, that is, 87 members each. The Governing Council is elected from the General Assembly. The Council consists of a total of 12 members who choose four of the three levels mentioned.

From the economic point of view, the budget for sustenance amounts to 845 million and that of investments and amortizations to 151 million. The budgets for sustaining legally regulated teachings are covered for the 1989-1990 academic year in the following proportion:

In the section “Own resources”, subsidies from Collaborating Companies are taken into account. These companies have supplied equipment to the School facilities.

Public Administration grants are different for each level of education. Although in the first courses subsidies are obtained between 80% and 90%, in technical engineering the subsidy is 15%.

In the cases of GOIER, IRAUNKORRA and SAIOLAN, the money comes from the Department of Labor of the Basque Government, the Provincial Councils of Gipuzkoa and Bizkaia and the collaborating companies. In the conversation with the school members, the problem of the job was also raised. Right now, anyone who learns technical engineering finds work. Those of Master's and Vocational Training, although it costs them a little more, find work.

With the visit to the school facilities we ended the day of Arrasate. Workshops, laboratories, etc. it didn't seem like we were at school, but in different workshops. Among the lathes that were in the mechanical factory, we saw the punching machine designed at the School. This machine is made entirely by the students of the School. Through this example, the students showed us that all the projects carried out are carried out. The latest technologies also have their place in the School. A room is being formed dedicated to the production of fiberglass products, but some products, such as molds, are already running.

The work rooms are well equipped.

In the electronics classroom, CAD room, computer classroom, etc., we saw the modern equipment and those who were working there were working in small working groups and in concrete projects.

At this time when the reform of the studies comes, the Arrasate-Mondragón School began the reform long ago, uniting the teaching with the world of work.

As I said at the beginning of this article, do you not think that the School has a great influence on its environment. 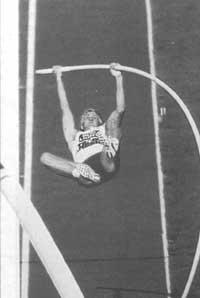