Quantum entanglement is a fundamental phenomenon of quantum mechanics. But there have been long discussions in physics until it's been discovered whether it was a real phenomenon. The three winners have proven that the quantum entanglement is real and even a phenomenon of great interest for their technological exploitation. In fact, they point out that their knowledge has introduced quantum technologies into a new era.

According to quantum mechanics, when two elementary particles are quantitatively entangled, they behave as if they were one, since the characteristics of one of them condition those of the other. For example, by measuring the polarization of one of them, one can know the other, although the two particles are separated at a large distance. So a particle can transfer information to another remote particle. Even thousands of miles away.

Albert Einstein did not believe that this phenomenon was possible and there have been great discussions. But the contributions of the winners have demonstrated their truthfulness. They were based precisely on John Bell's theory. Bell wanted to determine whether the behavior of entangled particles depends on the odds announced by quantum mechanics or what a theory of hidden variables predicts. Bell's differences defined them for clarification. 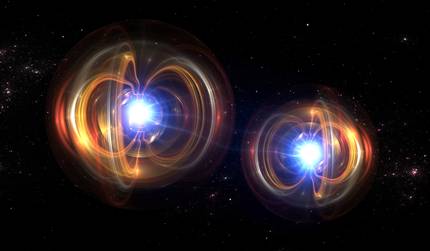 When two quantum particles are entangled, they behave like one, even over long distances. This phenomenon will make quantum communication possible because in the future, through a particle, information can be transferred to another very distant particle. Ed. Jurik Peter/Shutterstock

Quantum mechanics predicts that a certain type of experiment violates Bell's differences. John Clauser developed John Bell's ideas with new rewards by designing a practical experiment in which he showed, as quantum mechanics had predicted, that a Bell difference broke.

But Clauser's experiment had some loopholes, and Alain Aspect helped solve one of them important. He showed the quantum entanglement between the two photons by adjusting the measure. It was a powerful experiment.

Later, Anton Zeilinger began to use these complicated quantum states, demonstrating, among others, the phenomenon known as quantum teleportation. In 2012, he managed to tele-treat the quantum state despite the distance of 143 km. of two complicated photons. One was on the island of La Palma and the other on Tenerife.

The new era of quantum communication

The tools developed by the three researchers are generating new quantum communication technologies. There are, among other things, safe ways to encrypt information, as the Nobel Academy has acknowledged. It is recognized, therefore, that they have pioneered quantum technologies, so urgent, that they have enabled the development of technology from the theory of quantum mechanics.

On the collective nature of science

While Nobel laureates are personal, Zeilinger has underscored the collective nature of science and thanked more than a hundred young researchers who have helped him do his work.