Today the CAF-Elhuyar awards for scientific dissemination 2013 have been awarded. In the category of divulgation articles have received the awards Gorka Azkune Galparsoro and Eneko Bachiller Otamendi. In the field of journalism, Gorka Zabaleta Lopetegi and Amaia Portugal González, and the scholarship of creation in scientific society has been for Xabier Erkizia Martikorena. Finally, the Basque Summer University has received the Merit Award from the Elhuyar Foundation. 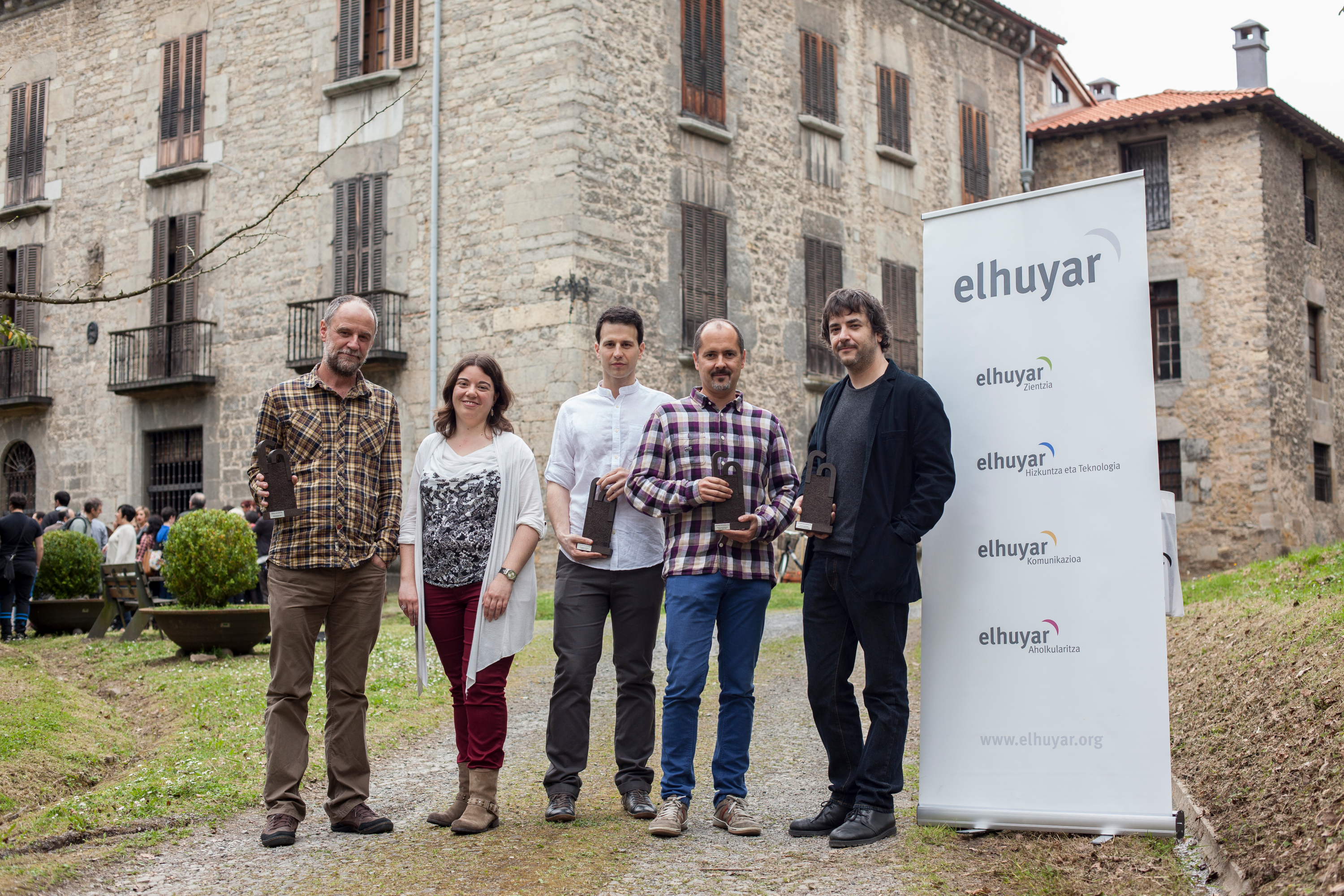 Under the Elhuyar effect

The ceremony of delivery of the CAF-Elhuyar 2013 awards was held today, from six in the afternoon, at the Errekalde Palace in Bergara. After the residence of the Count of Peñaflorida, Xabier Munibe, the brothers Fausto and Juan José Elhuyar, converted into small giants, have received the winners and guests together with the president of Elhuyar, Txema Pitarke, and the general director, Leire Cancio. Together with them, the director of the School of Music of Bergara, Mariaje Ugalde, has received the attendees with scores written by the own Count of Peñaflorida. 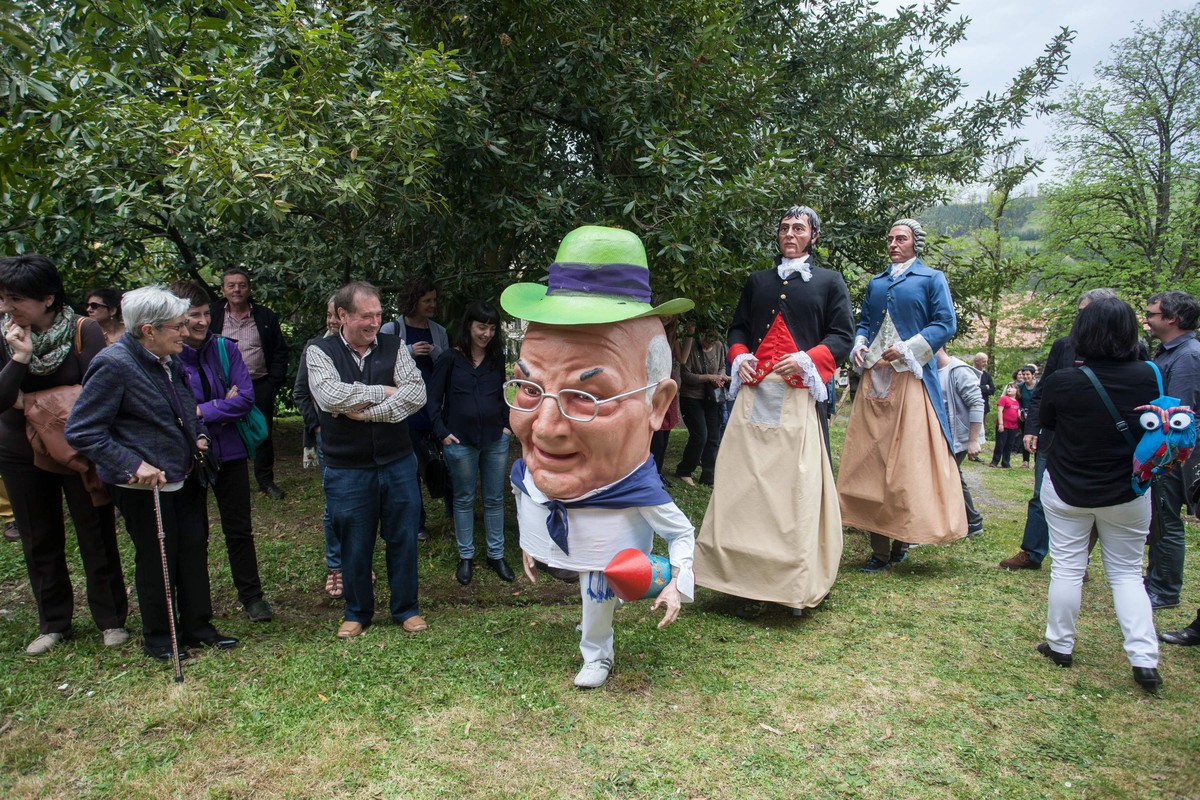 The giants and heads of Bergara guided the guests to the palace. Ed. Iñigo Ibáñez

The 2013 edition of the CAF-Elhuyar awards began last September with an anniversary under the theme “The Elhuyar Effect”. The Elhuyar brothers, through the bulletin of the Real Sociedad Bascongada de Amigos del País, released the Wolframio one day in September, 230 years earlier. The discovery took place in the seminary of Bergara, among others, under the impulse of the Count of Peñaflorida. 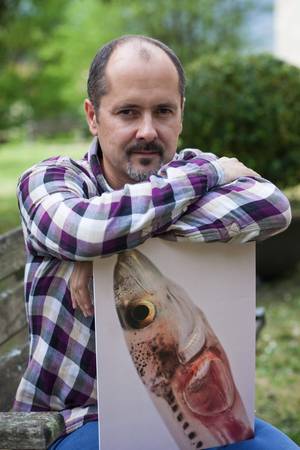 This is what Oihana Jauregi, a guide to the event after the words of welcome, has remarked that the CAF-Elhuyar awards, two centuries later, wanted to recognize their heritage, approaching Bergara, although occasionally the event has been a provocateur of the honors.

The awards ceremony is open by a radio station that has remembered the work of the Elhuyar brothers. Egoitz Etxebeste, from Elhuyar, has voiced the fragments of one of the stories in his book “Lunatics”. Then, highlighting the importance of the informative work carried out by journalists, the award has been given to the best work in the field of scientific journalism.

In the 2013 edition 8 papers have been approved in this category. Among them, Gorka Zabaleta Lopetegi, director and journalist of the local magazine Baleike de Zumaia, has been the winner of the award “Angulari radiography”. Zabaleta has received this award for the third consecutive year.

According to the jury, it is a magnificent report and an example of the current journalism, “because it has used perfectly all the resources: text, photos, video, paper and internet”. Zabaleta thanked that he has in his hands the X-ray of the angle and stressed that, by calling on journalists, it is enough to look at the environment to find scientific topics. 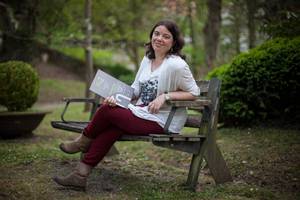 Journalist Amaia Portugal has received a special mention in the field of scientific journalism works for a report published in the newspaper Berria. Ed. Iñigo Ibáñez

In addition to rewarding the work of Zabaleta, this year the jury has made mention of another work of journalist and has made a special mention of the work “Rewriting human evolution”, published in Berria by the Donostiarra Amaia Portugal González.

The report highlights that the jury has treated the subject so deeply through the daily press. Portugal has had researchers who helped him make the report at the time of receiving the gogaon prize and thanked Elhuyar for the opportunity to start scientific journalism, as his quarry was Elhuyar.

Dissemination: the possibilities of teletransport and interviews in fish meals

The event has jumped from journalism to dissemination and research, and since the discovery of the Elhuyar brothers to the informative work of Elhuyar and other current agents. A video has made an introduction to the two winners of the category of divulgation articles. In this video, the guests were able to see a series of works to disseminate scientific knowledge, create scientific vocations and collaborative projects to work on scientific culture and social inclusion, including the Errekalde Palace itself: Science museum, called Laboratorium, promoted by the City of Bergara.

The winners in the category of scientific papers have been the Azpeitiarra Gorka Azkune Galparsoro and the Donostiarra Eneko Bachiller Otamendi.

The first has been awarded the prize for the best general outreach article for his work “When Fiction Becomes Reality”. Azkun explains what teletransport consists of through this work. The article has been described as “courageous” by the members of the jury for addressing a topic difficult to explain and understand, and has highlighted since the article that, besides entertaining, has a prospective vision and the protagonists are the people.

In taking the word, Azkun has vindicated the need and importance of scientific culture, and highlighted in his speech of thanks the work of the different agents in this field. 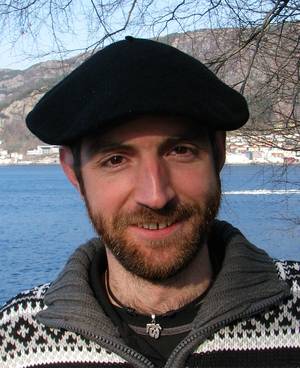 Eneko Bachiller has been the winner of the best divulgation article based on the author's thesis. He is in Norway in postdoctoral research and has received the award. Ed. R. R. Bachiller

Bachiller has received the award for the best divulgation article based on the author's thesis. The jury highlighted that, starting with an attractive title, the author has elaborated an article of easy reading, with an adequate vision and structure, with very enriching and attractive images. The title of the work is: “Fish in meals talk about ecology.” Bachiller has received the award from Norway, where he is in postdoctoral research and has thanked through a video for the need to improve the working conditions of researchers and to invest more in research.

In both categories the jury has selected between 12 and 7 papers. The jury that has evaluated the journalistic work and the articles of dissemination has been composed of: Arturo Elosegi, ecologist, researcher of the UPV and scientific disseminator; Marian Iriarte, chemist, researcher of the UPV and science disseminator; Uxune Martínez, manager of the scientific database Ingumak of the UEU; Alberto Barandiaran, journalist and director of the INITIATIVE; and Leire Cancio, director general.

Scholarships of scientific creation in society for the project Silent Writings

The presenter Oihana Jauregi has indicated that the most difficult work between the two juries that make up the contest has been that of a trio that grants a scholarship of creation in Society of Science, since many of the 12 projects that have been disputed were rewarding. The jury has been composed of three people: Josu Rekalde. Art and Technology Director of the Faculty of Fine Arts of the UPV/EHU; Koldo Almandoz, expert in the audiovisual sector, film director and director of the magazine The Balde; and María Gil, head of the unit Elhuyar Zientzia.

This category awards the projects that work the interaction between science/technology and society. It was delivered for the first time last year and was collected in the project “Nuevos valores”. Through an artistic installation and a video, the six authors have made a reflection on the concept of “residue”, a result that yesterday was exposed in the Errekalde Palace itself.

Presented the result of last year's scholarship, the turn has come to meet the winner of this year: Xabier Erkizia Martikorena “SILENT TRANSCRIPTION: The project “Written auditions and sound images” has received a fellowship of scientific creation in society. The objective of the project is to locate and record sounds stored in other media before the invention of technology in order to record sounds, and the jury has focused on the social interest of the project, its feasibility and the interaction between technology and society, and it has been decisive that “the result is not a punctual event, but is useful in the future beyond its presentation”. Erkizia invites guests to listen and recognizes that receiving the prize for a work that has not yet been done generates a point of responsibility.

Prize to the UEU 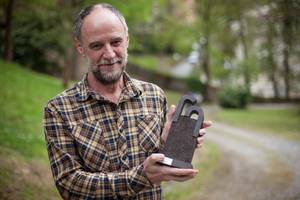 To finish the event, the president of Elhuyar, Txema Pitarke, has awarded the Elhuyar Award to the Basque Summer University. The award has been for the newly appointed director of the UEU, Iñaki Alegria. Pitarke stressed that the name of the Basque Summer University is small, because “not only in summer, but in all seasons of the year it makes contributions to society through courses, seminars and other actions”, he praised the informative nature of the institution, its capacity for collaboration and its attitude of fostering interdisciplinarity. Pitarke has highlighted the capacity of more than 1,000 members and workers who make up the UEU. In its 41 year trajectory, UEU has received the Elhuyar Award “for its informative work in various disciplines, for the creation of new spaces for the Basque language and for its ability to collaborate”. Iñaki Alegría has endorsed Pitrake's words in his thank-you speech and he has also taken into account the people of the UEU, "If the UEU is something, they are people," he said.

But the act has not finished with the words of Pitarke and Alegría. Thanks to the association of giants and heads of Bergara, the giants of Bergara have danced the farewell to the winners in the atrium of the Errekalde palace, together with Fausto and Juan José Elhuyar. Afterwards, attendees were able to taste a snack.