The last ferry mission, STS-134, was supposed to depart on 26 February. But the previous mission was delayed and they had to re-analyze the planning. On 3 December 2010 NASA announced that STS-134 would begin on 1 April. It can be delayed again. However, the ferry season will end in 2011. So what?
Ferry Decline
01/02/2011 | Roa Zubia, Guillermo | Elhuyar Zientzia Komunikazioa 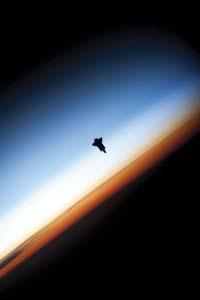 April 1, 2005, George W. US President Bush signed a special decree to stop investing money in NASA's ferry program. "There is no justification for continuing to enter money into this deficit program; in addition to demonstrating that America can do anything with enough money, it has no other application," he said that day.

The goal of that year was for the last flights to take place in 2010, and by then the ferry substitutes were ready to start working. The intention has not been fully fulfilled. On the one hand, due to the delays, the last mission will start in 2011 (at the time of writing this article will be announced that the final launch will take place on April 1). On the other hand, there are no substitutes for NASA ferries, which will not occur for at least five years.

The Bush administration did not intend to replace the ferries. So far, the main role of the ferries has been to operate in low orbits around the Earth, but a new program that had to be underway by 2010 had more ambitious objectives in space: at first, astronauts would take them to the Moon and later to Mars. It was the Constellation program.

It would mean scientific advances while generating interest in the public. "We maintain our intention to explore space because it increases our quality of life and reinforces the spirit of our nation," Bush said.

But space exploration is very expensive. Ferry flights - with exclusive flights - require US$3 billion annually and US$19 billion annually for the entire program. And experts estimate that the Constellation program would be much more expensive. To go to Mars it would be necessary to invest approximately 500 billion dollars. Therefore, the administration of President Barack Obama left the Constellation program on October 11, 2010.

The US congress doesn't mean goodbye to space, but at the same time it has to take care of the accounts. "It's my fear that Congress will continue to set great goals—not very definite ones—and not put in ways to accomplish them," said Frank DiBello, NASA's space industry advisor, in an interview with Business magazine. You have reason to be afraid: Obama signed an order in October asking NASA to build a new spacecraft by 2025, a ship capable of landing on an asteroid, but to do so, as far as possible, asked the agency to rely on the technology already developed.

The order has not been good news for people who have worked in the space business. The fall of the ferry programme has brought unemployment and the crisis. Sociologists claim that Florida will reach 15% unemployment, 2.5 points above the US average. In addition to the crisis that affects everyone else, the government does not want to invest much money in astronautics. Keep in mind that the space industry has served many people; cities near the Kennedy Space Center have been created and expanded thanks to this industry (Cocoa Beach, Cape Canaveral and Titusville), and this entire stretch of coastline has been called “Space Coast”. As with the completion of the Apollo program, the inhabitants of the space coast will face a serious economic situation.

The ferry was the successor to the Apollo program. President Richard Nixon announced the start of the ferry program before the Apollo 17 mission reaches the Moon. Several years passed from the announcement (1972) to the launch of the first ferry mission (1981). The current situation is different, as NASA astronauts will continue to travel into space, but not in NASA spacecraft.

The Russians have maintained a great relationship with the ferries. Two examples: on the one hand, when ferries have problems, the substitute for orbiting is the Soyuz spacecraft (on the left). Ed. : ESA) and the ferries have been used on the journeys to the MIR station (right station Atlantis and MIR on mission STS-71. Ed. : ANDÉN).

Following the last mission of the Endeavour ferry, there are two options for astronauts: Soyuz ship and spacecraft of private companies.

At this time, in addition, Soyuz is the only option. The Russian ship is still underway, although the concept is not the same as the ferries. The ferry returns completely to Earth at the turn of space and much of what has returned can be reused for future missions; in the case of the Soyuz ship, a single module returns to Earth once the mission is completed, about a third of the vessel, which cannot be reused. Therefore, conceptually it is better idea that of the ferries, but in practice the safest system that currently exists to leave and return to space is the Soyuz boat.

In fact, NASA often sends astronauts to the ISS on the Soyuz ship. It has to pay a significant amount, which has cost about 56 million dollars per astronaut. For example, they have already paid places for six astronauts to be sent to space in 2013 and 2014: 335 million dollars. However, each flight of NASA ferries has an approximate cost of 450 million dollars and, at the moment, it is cheaper to send astronauts to NASA in Soyuz. From the point of view of the image, however, it is not the same.

The second opportunity to take astronauts into space are some private companies. At the moment, the most important thing is the company Space Exploration Technologies, known as Space X. Founded in 2002 by businessman Elon M., one of the founders of the payment system PayPal, has already developed a capsule called Dragon and rockets. The Falcon 9 rocket that will put the Dragon capsule into orbit has been successful in numerous tests, such as putting the capsule into orbit around the Earth, which will still have to go a long way. If everything goes well, it may be fully available in three or four years.

However, the basic concept of the spacecraft of the company Space X is the same idea as Soyuze: to put into orbit a capsule by a rocket launcher and that it make a trip around, accompanying at the end a few parachutes.

For its part, the company Orbital Sciences aims to maintain the idea of the ferry, but its objective is to create a small vehicle. The objective is to develop a minitransbordador, with an approximate length of 23 meters for NASA ferries and about 8 meters for the Orbital Sciences. The X-37B minitransbordador is testing a prototype with the help of the military, but without much information. However, they do not seem to have available the version available in the coming years.

NASA has signed contracts with these two companies, Space X and Orbital Science, to maintain business and space exploration. However, at the moment the suspension is mandatory. Astronauts will have to travel to the ISS station on the Soyuz boat. The end of the ferries arrives.

Six ferries
NASA has made a total of six ferries. The first, Enterprise, was a test ship that launched from an airplane and never reached Earth's orbit. The other five did design them for missions outside the Earth: Columbia, Challenger, Atlantis, Endeavour and Discovery. 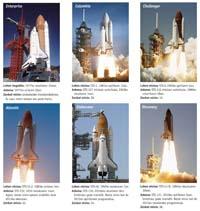 (Photo: Recent searches
Two of these five were lost in accidents. On January 28, 1986, the Challenger ferry broke out on mission STS-51-L 73 seconds after the launch of the Kennedy Space Center. On 1 February 2003, Columbia disintegrated into the STS-107 mission as it entered the atmosphere.
First After the accident, a Research Committee on the Causes of the Accident was established with experts in different fields, including Richard Feynman, Nobel Prize in Physics of 1965. It was a big surprise, but there was no reason to question the ferry program. Yes, in the second accident. In 2003, with the destruction of Columbia, the program broke and opposing views gained a lot of strength. These are spacecraft with technology from the 70s and the most critical opinions point out that the program should end in the 90s. The ferry missions resumed in 2005, but the Bush administration had already decided to suspend the program.
Retirement in museums and in the hands of buyers
NASA now has three ferries: Discovery, Atlantis and Endeavour . They have to retire and see those who have a new future. Discovery will be saved by NASA. He will remove dangerous products from the cabin and transfer it to the Smithsonian Museum in Washington. There you can see how many other spacecraft removed by NASA.
The other two are for sale. Once the cabins are properly cleaned, they will pass to the buyers. NASA initially demanded 40 million dollars, but demand has dropped to 28.8 million. It has buyers, more than twenty. The application deadline is February 19.
Roa Bridge, Guillermo
Services
272
2011
Services
021
Astronautics
Article
Services