X-ray of a smartphone

The volume of a mobile phone is not far from 100 cubic centimeters. Some are somewhat larger and some are somewhat smaller, volume in which manufacturers incorporate all the technology that imagination demands. Paul Minguez, Akting engineer, says that modern phones, thanks to this imagination, are not just phones, but "smart" phones: smartphones. Guided by Minguez, we will perform the X-ray of a smartphone. 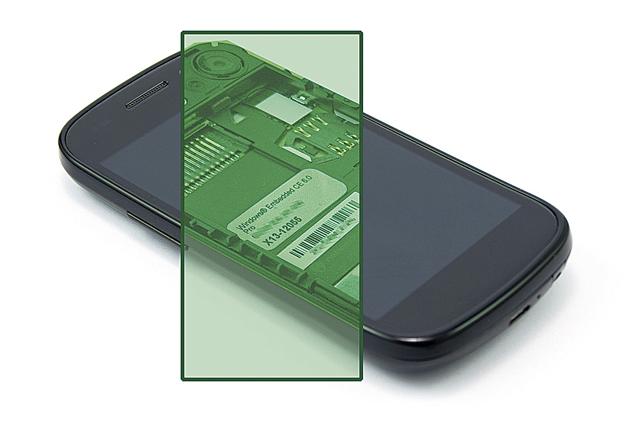 Opening a smartphone is not dissecting a frog. All frogs have the same number of organs and internal components vary from smartphone to smartphone. But only in part. 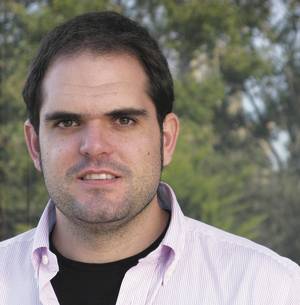 Paul Minguez. Engineer. In 2007 he created the company Akting, together with three other researchers from the TECNUM center, who work in the field of mobile phones. Press dedicated to developing applications and developments related to mobile hardware. Free announcement

They have some basic components that are necessary to have Smartphone. "The leap from conventional phones to smartphones, for me, is based on four axes: having accelerometers, Internet connectivity, geolocation and touch screen," says Paul Minguez Acting's telecommunications engineer. Your company exploits the characteristics of smartphones in different environments, such as managing queues at the supermarket or selling food at festivals, so the company's engineers must know the technology of smartphones well. "For me these four are the axes or strategic points." All four are in the development priorities of manufacturers and that is reflected in smartphone technology. 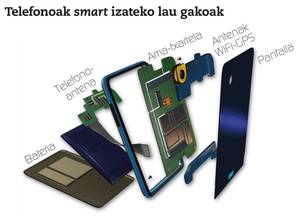 With the help of Minguez, we will analyze these four features that make a phone smart and look at other technologies.

Accelerometers
They are devices that follow the movement that affects the user. In short, the accelerometer "tells" the phone where the top and bottom are. And according to this information the phone manages the screen. 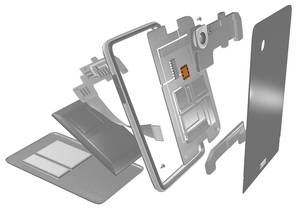 Ed. Free announcement
"At first the accelerometers were not very well built, but now they were," says Minguez. "If you take two mobiles and compare the accelerometer responses, the result is not the same, but in both cases it is good." It is difficult to say the open accelerometer. Like many other components, it has a chip shape, although it is not a fully electronic component. In fact, an accelerometer is a device that measures the inertia of the movement of a piece, which in smartphones is is is is a microscopic piece that "detects the ability of the part to transmit heat instead of detecting conventional inertia", which changes with movement and orientation and the Smartphone responds accordingly.
And if this is surprising, some phones integrate gyroscops to increase the accuracy of this orientation capability. Along with the accelerometer, "six-axis" motion sensors have been developed (especially useful in games). As with the accelerometer, phones do not use classic gyroscopes (rotating parts), but gyroscops that work with vibrations, again microscopic and integrated into devices in the form of a chip.
Geolocation 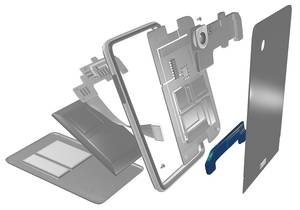 Ed. Free announcement
The phone needs hardware to receive the signal for the GPS navigation system. It is an antenna that receives signals from satellites. Some phones simulate the GPS function without using the actual GPS signal. Since phone network signals are received simultaneously from more than one base, geolocation is deducted from the triangulation of such signals, and the same calculation can be done with the Internet signal where several WiFi connections are captured. However, these GPS simulations are only accurate (or possible) in urban environments; outside them, on the mountain or at sea, GPS is essential. "Today all smartphones carry a true GPS system," says Minguez.
Connectivity 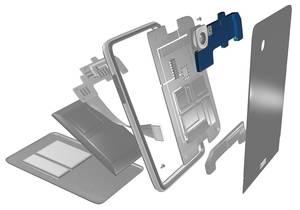 Ed. Free announcement
At the hardware level, the Internet connection means that the smartphone must have a complete electronics to treat its antenna and signal. "They are very small antennas, some do not reach even a millimeter," explains Minguez. "And if they have to be older, they take advantage of the perimeter of the phone to give it that length."
Touch screen
The screen that detects contact has been one of the great revolutions of phones. "On smartphones the trend is to remove buttons," says Minguez. "For example, iPhone has a single button; Android one to five, but the latter have enough with one. We're going to a device without buttons." 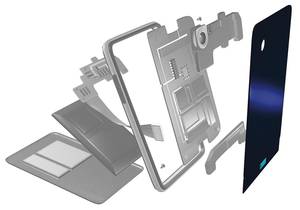 Ed. Free announcement
Currently there are two types of touch screens on the market: the capacitive (the most expensive and the most sophisticated) and the resistive (the cheapest). In the capacitive system, finger contact modifies the electrical properties of a screen point. "Here you are calculating the power difference between the two layers. There is a resistance between the two layers and at the point of contact the power decreases. Therefore, reducing power at one point on the screen means you are touching your finger." In addition, this system can detect simultaneous two-finger contact. The resistive system does not change capacity. Attach the fingers two separate layers and change the electrical current of the entire screen. But this system requires fingers to press the screen. It is a cheap system but with greater risk of breakdown.
But thanks to these two systems, mobile phones have touch screens at very different prices. This has had another consequence, the Internet connection and the combination of the touch screen have made mobile phones increase in recent years to maximize screens. The tendency to miniaturization has stalled. This has made room for other devices other than the screen.
Thousand and one devices
Accelerometers, Internet connection, geolocation and touch screen, four strategic features currently in smartphone development. But they are not enough for the phone to work. The phone must have many additional features and technology that require it.
RAM and processor 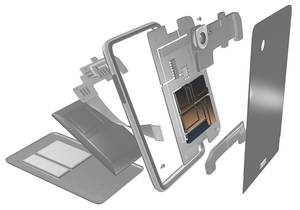 Ed. Free announcement
Smartphones - like most current appliances - are small computers. They have microprocessors and memory chips. "Right now, phones have about 1 GB of RAM, which a computer had just 5 years ago," explains Minguez. And to help them, they have micro SD and SIM cards. However, cards are mere data reserves, while RAM is an aid to processing. "That's why RAM is more important."
Processors are improving and, for example, they start using the two-core phones, but they are not very powerful compared to computers, since the idea is not to work with large files on the phone itself. "We often say that the phone is a small computer, but smartphones are not for that, but to connect to the Internet and use the processing capacity of the network," says Minguez. "If they are multitasking but their processing capacity is very low. The current phone processors operate at an approximate speed of 800 Mhz/1 GHz and are sufficient."
Managing light 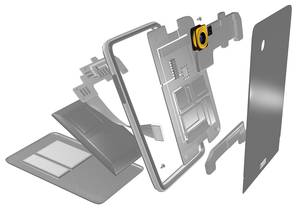 Ed. Free announcement
To perform a complete X-ray of the smartphone it is necessary to mention the devices that work with the light. Highlights the camera. A phone does not have to have a smartphone to have a camera and on a smartphone the camera is no better than others. The difference is in applications that allow you to process camera information. But technologically the camera does not have to be of great quality.
Flash has also become commonplace, but not because of its photographic function. "People use it as a flashlight. The flash light source is usually integrated LEDs." 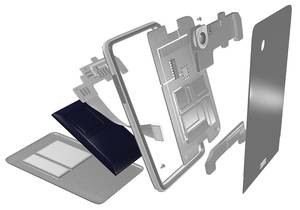 Ed. Free announcement
Light, for its part, serves to detect the proximity of objects. Proximity sensors have become common on phones. Thanks to them, the phone turns off the screen when starting a call and brings the user's ear closer. And thanks to them adapts the brightness of the screen to the brightness conditions of the environment.
Battery
The smartphone needs electric power to work, of course, it needs a battery. And in batteries, the latest smartphones have no surprises either: they have normal lithium-ion batteries. Conventional batteries. "Improving batteries right now is not a priority for developers," explains Minguez. "A problem may be that the user has to perform a daily recharge, but the priority is to develop a surprising mobile. If in the end you have the accelerometer, GPS, touch screen, Internet connection, etc., the concern is not to lower consumption." This consumption will be maintained with the lithium-ion battery, which must be charged frequently. However, the higher the battery, the more durability and the better features it will have. And so when you open a mobile phone, the first device you see is the battery.
A small forest of antennas
Smartphones communicate with the environment through antennas. You can integrate up to 5 antennas: phone, radio, WiFi, GPS and Bluetooth. "And if the phone uses infrared rays, a sixth," says Minguez. And that generates two problems: that of the place and that of the interferences.
Both are resolved. The place is not a problem, because the antennas are small and the entire outside of the phone can act as an antenna. And to solve the interference problem, each resource must have the corresponding operating frequency. "The closest ones are WiFi and Bluetooth, which work around 2.4 Ghz," explains Minguez. "Even if it is close, the frequencies do not overlap. In addition to the frequency distribution, the signals are encoded."