Although the controversy surrounding the disease of mad cows has been silenced, a work done with prions at the base of this disease has won the IV. Thesis Award. The crazy protein (crazy protein) has been the winner. 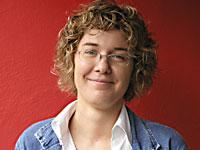 The doctor of the University of Navarra Zuberoa Marcos explains in his work what are the prions, where they are and how they become a sick prion. And so far there were many unresolved questions about the evil of mad cows. What way does the prion follow to reach the brain through the mouth? Do you use the same or different path in different animal species? In his work the doctor has tried to answer these and other questions.

The thesis of Iker Zuriguel has been the second classified. Why do we shake the salt rack for salt? (Why Do We Take the Salt Bowl?) presents a summary with title. The physicist has analyzed a frequent problem in daily life. What causes a collapse or congestion? What is the most important factor? And it is that the preparations are very common on the road, in the encierros of San Fermín, in the cuajo... He has done his thesis with silos to know the factor that causes a collapse at the exit of the silos. According to the conclusions, the most important thing is the relation between the size of the grain inside or the outlet hole, being sufficient that the outlet hole is five times greater than the diameter of the grain so as never to collapse the system. Iker Zuriguel has also completed his doctoral thesis at the University of Navarra.

Zuberoa Marcos has acquired a laptop thanks to the collaboration of SISTEK computer and microsystems. As a second prize, Iker Zuriguel will be able to spend a weekend in a farmhouse by the agrotourism association NEKATUR. 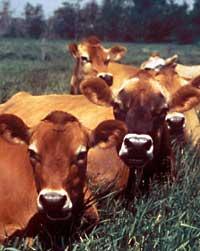 The jury has valued these two works as the best outreach work. However, it has not been an easy decision, since many of the works have achieved an excellent informative result. Taking into account the complexity of the topics, the jury has highlighted the effort to write in an accessible way for everyone. In the case of the works of both winners, they are easy to read, have used the proper terminology, use a simple and correct wording and have considered that the core of the thesis is well explained.

Subjects as diverse as physics, astronomy, agriculture, engineering, etc have been addressed.

i am here and I

tza, geology, biology, chemistry, medicine. As for the languages, the four abstracts have had as main language the Basque language, sixteen Spanish, two English and one French.

These award-winning works, as well as those of other participants, can be consulted on the web www.basqueresearch.com.