The return of the pirates

Elhuyar published a year ago the first CD-ROM with Pirates in the world of mathematics, and now they have awarded him the Migel Altzo award, which grants him recognition to the best multimedia application of the year 2000. On the other hand, Elhuyar has edited two new CD-ROMs in the attempt to complete the collection of Pirates: Piratekin mathematically munduan 2 and Piratekin hizkuntza 3. In addition to mathematics, you have the opportunity to work Basque! 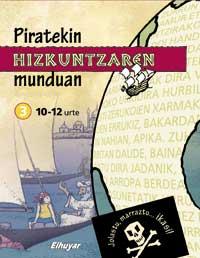 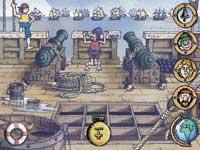 Pirates in the world of mathematics 2

This new CD-ROM, in addition to being a continuation of what was published last year, has been developed for older children, so it will reflect the approach of the games and the development of the CD itself. The CD-ROM consists of five games in which the child will live different situations with the help of pirates: they will want to throw it from the pirate ship to sharks and will have to perform some mathematical operations to avoid it. 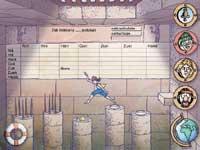 Or to buy in a market in Arabia, you have to distinguish and order several magnitudes. They will attack the ship with which they travel and must be protected with mathematical operations from the cannons emitted by the other ships. You will need to build a bridge to cross the existing ravine in the jungle, correctly cutting the logs and using the fractions. You can also work geometry if you want to flee the labyrinth.

This CD-ROM is prepared for children from 8 to 10 years of age, who attend the second primary school year, to have a teaching guide for teachers and parents. 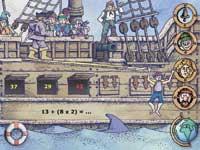 In all games there will be three levels of difficulty. Depending on the degree of difficulty, the operations to be performed will be complicated in some cases or the type of exercise will be modified in others. Whenever the user needs it he will have a special calculator and the help offered by the computer itself.

Pirates in the world of language 3

Continuing with the pirates, Elhuyar has published the first of three CD-ROMs to work the Basque language, but this time the series has started since the third CD. This CD is aimed at children between 10 and 12 years old, in which, as in other CDs, children can practice Basque using the situations that pirates live. 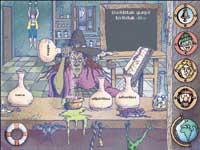 In a game you will be on a raft in the middle of the sea and you will have to chase away the sharks that will attack you. To do this, sharks that meet a certain linguistic condition must hit them with rowing and, in case of failure, attack their raft. In another case, he will be captured by the witch from the forest and will have to help him prepare a magic potion to escape, separating the parts of the prayer. Our pirate will reach Egypt, where in order to get out of the pyramid, the verb will have to be well located on the table. It will also circulate among cannibals and if you do not want them to eat, you must correctly decline the requested words. It will also reach Arabia, in which case it will not have so much risk. It should help to complete the stories that an old man tells him and thus be able to hear the stories in full.

In all cases the child will be able to ask for help and then the exercise that is playing will be explained.

These two CD-ROMs are prepared for both PC and Macintosh and are for sale at 4,500 pesetas.

The three remaining CD-ROMs that will make up the series will be published by Elhuyar next year. 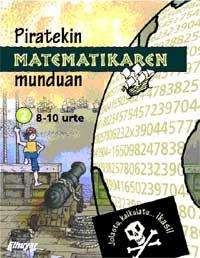 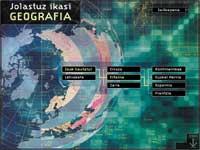