In the case of humans, although autumn is a disease and a time of vaccines, the case of computers is different. With them we should be attentive throughout the year to prevent them from falling under viruses. Although vaccines and the like exist for them, new viruses are constantly generated. But it is best to know in advance what the virus is, how it is spread and especially how it can be solved in each case. 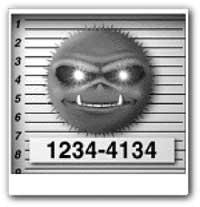 Despite the great protection measures, viruses always find where to enter our system. On the free CD-ROM that MacWorld magazine distributed in the July issue of this year was the virus called “Autostart 9805”. Fortunately this virus could not be spread.

Viruses are not a mystery. Viruses are computer programs whose main objective is reproduction. When they play they hide inside other programs, so when we expand the program we also activate the virus. That’s why the file is said to be “infected” because it carries a virus inside. This reproduction is done covertly and, as far as possible, from one machine to another without the user realizing it. However, because they are programs, they can not only be increased but they can also aim to generate other problems within the commands marked on the programming lines.

Among other things, viruses can cause loss of information. In most cases they are limited to displaying messages or displaying special characters on the screen, but in many cases they can delete files, mix information from the hard drive or even jam the computer.

Boot virus. These viruses infect some areas of the system found on the boot disk. Every time the computer is turned on, the virus is activated in memory, which is why they are especially dangerous. Thus, if they are located in the boot sector of the floppy disk, this system is simple to play to another computer.

Files. Until recently, viruses that infected files were only located in files of programs with .COM or .EXE extension, as well as in .SYS, .OVL, .PRG and .MNU files. In this way, every time the program was started, the virus started. However, the improvement of common programs has led to the appearance of another type of virus: Macro-virus.

Many word and programs allow you to add small programs called macro to the created document. Taking advantage of this, the virus also infects Word documents, often modifying or deleting the document information. This system has resulted in the creation of cross-platform virus, as the infected Word document can be used as in the Mac Word of PC and has no virus activation issues on macros.

However, do not think that a virus will begin to deteriorate after entering your system. Viruses are not activated as they are copied. Some are usually activated on a certain date (this is the case of the well-known Friday 13th or Jerusalem virus) and others remain waiting for the user to take a specific action or to fulfill a certain number of actions (for example, those that are activated when opening word 43 times). There are also people who are activated randomly. Many times, in addition, the damage caused by viruses is not a loss of information, but a loss of resources of our system, that is, the virus itself can occupy a lot of space in the hard disk or in memory.

Prevention is the best remedy, so most anti-virus programs apply permanent “vaccine” protection to our system. Thus, when entering a diskette or running any application, the antivirus performs a check to ensure that there is no virus and if found, displays a message to the user blocking the computer. This protection can protect us from many headaches at once.

Although viruses are extended to most systems, the world of PCs has been the most affected by virus aggression. There are more than 15,000 viruses and 5 new viruses are created every day. Mac has not suffered so much virus attack, as on this platform there are only 40 known viruses. However, special attention should also be paid. The most widespread antivirus on the PC market is the one developed by a Bilbao company, but has no version in Basque. On each platform there are many antivirus. Here we recommend some:

Although here there are also several antivirus, Disinfectant is the most used. Free pickup anywhere on the Internet.

I am a blacksmith, I get caught! 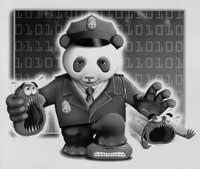 Although viruses seem like things of recent years, they are not. In 1942, the grandfather of today’s computers, John Von Newman, described the programs that multiply in his work “Theory and Organization of Complicated Automata”. But the first to practice it were two Xerox operatives in 1970: John Shoch and Jon Hupp developed a series of small programs that were played: once integrated into the network, they extended and played through the network and were dedicated to testing the network.

That same year, on the ARPAnet military network that started the Internet, Bob Thomas opened a program called “Creeper”. This showed the message “I’m a blacksmith, get me if you can!” Another programmer performed a new program called “Reina per” (segalari) to “kill” the “Creeper” players on the network. From there they continued to experience programs known as “logical beings” that reproduced themselves. However, the first PC virus would not arrive until January 1986. That year a virus called “Brain” appeared developed by a company from Pakistan. This also showed a message.

From there, viruses would begin to develop. In 1988 the well-known “Jerusalem” and “Stoned” viruses were born. The well-known “Michelangelo” virus appeared in 1992 and “Natas” in 1994. Other types of viruses have been born in recent years: In 1995, viruses were born that spread by email, as well as those that are disseminated in Word documents by macros. Who knows what awaits us in the future? 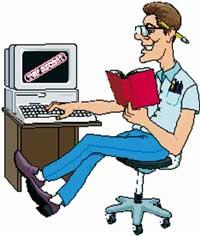 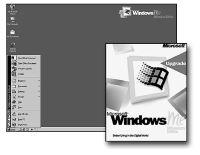