The mystery of the blue nebula

If you look at something again and again, you just stay the same, as at the beginning. Because looking for a long time does not guarantee that you understand what you see. This is what happened to astronomers: 16 years observing the Blue Ring nebula from the Galaxy Evolution Explorer mission. It was then when the blue nebula was detected, but they did not understand the origin of the ring. 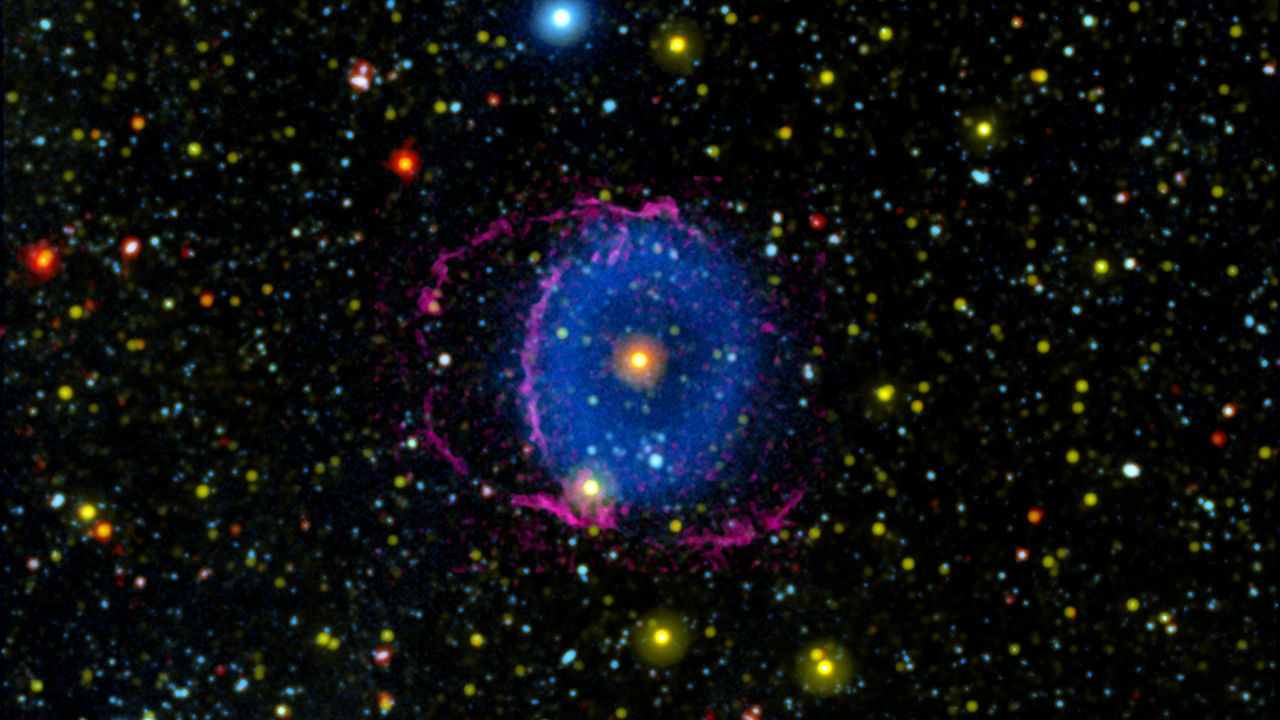 The blue nebula is actually a star called TYC 2597-735-1, but through the ultraviolet light a blue ring is seen around the star. A nebula. And that's not the usual thing, usually you see a blue nebula around the stars, even if you look at the ultraviolet light. Astronomers were satisfied with this discovery for their research interest, but for 16 years they have not found a reasonable explanation of the origin of the nebula. Now it seems like yes. They have understood why that star is like it is, it is a newborn star.

It is born from the collision between other two stars. In fact, many stars are born like this. It is easy to say it after knowing the explanation, but for astronomers it was not obvious. When analyzing the star, some data showed that it was an old star, but other data that was young. He looked old because he seemed to have exhausted hydrogen and the young man emitted infrared light as newly created stars. The concurrence of these two opposing characteristics was a mystery.

Now they believe they have understood what is happening. It is the first time astronomers see something like this. The process is covered by the dust of a star that is normally forming and nothing is seen. Astronomers have found the explanation through a complex mathematical model.

The hypothesis of astronomers is as follows: A sun-like star entered the death phase by burning all the hydrogen that was going to burn. It swelled but had another star orbiting around. In that orbit it lost matter, hydrogen. With the passage of time, two stars fell into an ellipse and collided. What we see now is a consequence of that shock. And the blue ring is not a ring, but a cone created by the matter that released the shock. The cone extends in the direction of the Earth, so from here it looks like a ring. There is another cone in the opposite direction, but we do not see it. Therefore, the clash between two stars heated the area and that is why infrared (heat) radiation arrives. And the cone shines ultraviolet because that heat “ignited” the hydrogen.

That's what astronomers believe. The best explanation at this time. 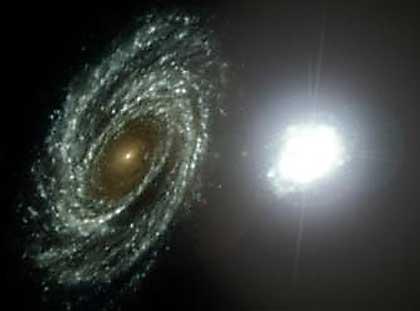 Hitchhicker's guide to the Galaxy