The eruption of the volcano Hunga Tonga has been noticed worldwide 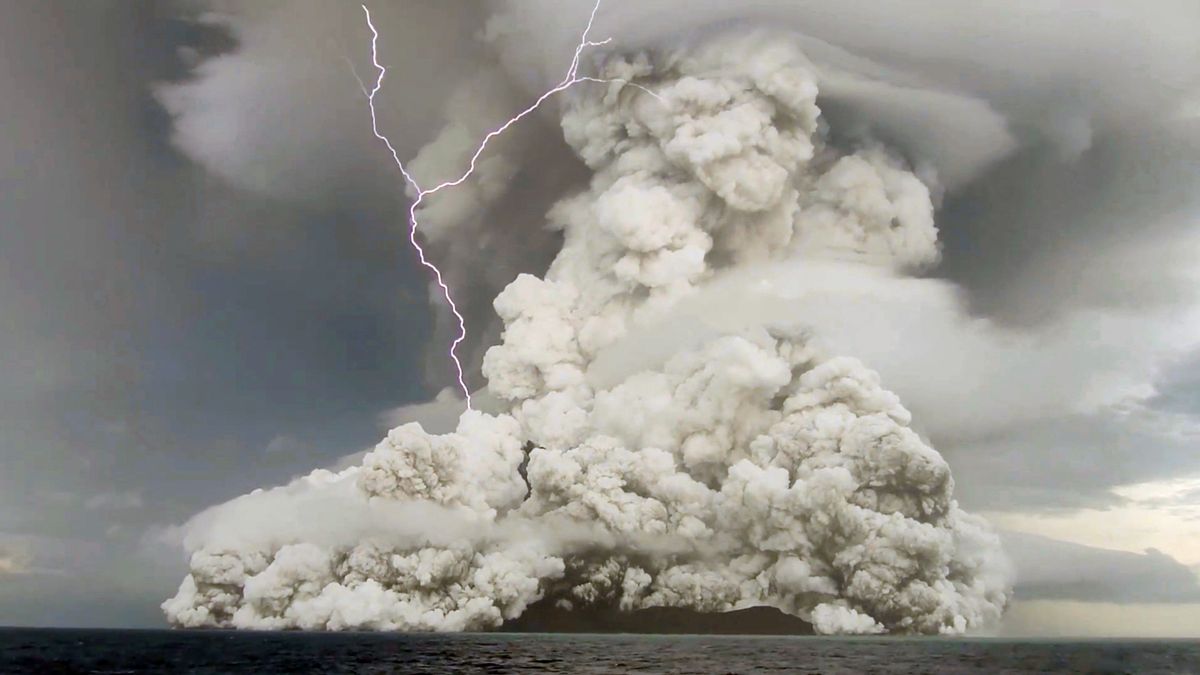 The consequences of the Hunga Tonga volcano, which broke out on Saturday in the middle of the Pacific, are being both serious and spectacular. However, scientists still do not know very well the origin of these conclusions.

One of the most dramatic consequences has been the disappearance of the island itself. I was only seven years old. It was born in 2015 as a result of the explosion of the underwater volcano and the cloud of lava and dust produced then. It was called Hunga Tonga-Hunga Ha'apai, but researchers believed it would only last three or four months because of the strength of the ocean. So far it has managed to maintain it, but the new explosion has almost completely ended.

The eruption of the volcano has had no local influence. A tsunami spread across the Pacific, and the waves hit Australia, New Zealand, Japan and the American coast.

The wave of pressure caused by the explosion also spread from the atmosphere to the whole world. From this point in the Pacific, he traveled the entire planet at 1,000 km/h, from the Tonga Islands to his antelope (Africa). In fact, as it is a continuous, limitless area, anything that occurs at one point is dispersed in all directions. In this case, his strength made a kind of rebound in Algeria and reopened in the opposite direction. So the barometer around the world felt the wave.

The pressure from the Tonga explosion was also felt at sea worldwide. In the Mediterranean, a rise of half a metre at sea level was observed during a stretch. This is a meteotsunami, but not by collision of hot and cold air currents, but by the explosion of the volcano at the other end of the world.

The influence of particles released by the volcano and the ash cloud is different. Several experts point out that they can cause a slight drop in temperature across the planet, as seen in other volcanoes. No meteorological effects are anticipated.