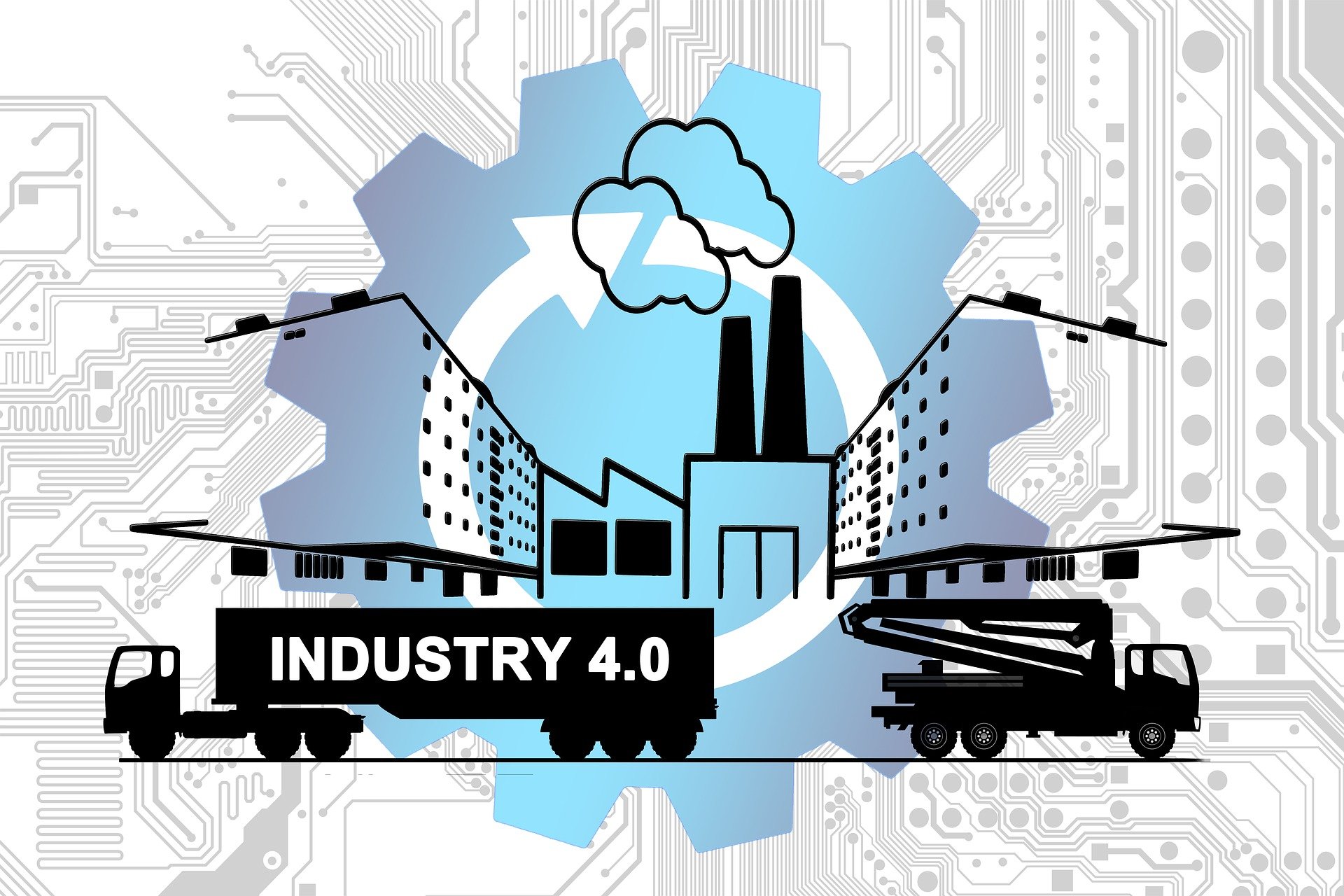 In recent centuries, industrial revolutions have marked the pace of technological development. The fourth industrial revolution (Industry 4.0) is currently developing. In particular, communication systems are the drivers of this process. But how should traditional communication systems be transformed? What will the industry of the future look like?

Looking to the past

The ability to adapt and evolve is one of the characteristics that characterize the human being. Therefore, throughout history, we have experienced three industrial revolutions resulting from the development of specific sectors. In particular, the first industrial revolution was driven by the development of machining, the second by the massive production of electricity and the development of the chemical and automobile industries, and the third by the introduction of microelectronics and information technologies into production chains. At present, the numerous advances made so far, the new digital tools developed and, above all, the automation of machines and processes, put us at the beginning of the so-called 4.0 industry. The aim of this fourth industrial revolution is the development of intelligent or smart-industry factories capable of planning, predicting, controlling and producing autonomously and intelligently, giving greater value to the operation and production chain.

Communications will be a key feature of industry 4.0. In fact, to facilitate smart factories, you need to train all the machines that make up the industry to communicate and be interconnected with each other. However, there are certain barriers that hinder the implementation of such communications.

On the other hand, another challenge is the application environment itself. Application sites (workshops, production plants, etc.) They are generally closed environments, with a wide variety of equipment and a wide variety of metallic reflection equipment. This combination of factors makes the signal received many echoes and is affected by a violent diffusion channel. Undoubtedly, these reception conditions hinder communications and pose the challenge of designing ultrasonic systems suitable for these environments.

Finally, the frequency bands used in wireless communications are another major challenge. Most wireless systems use ISM free bands (Industrial, Scientific and Medical). These bands have strong competition, so networks can be obstructed, reaching a collision between packages or preventing access to certain equipment.

Firstly, it should be mentioned that there are currently no standards or technologies that universally define industrial communications. Therefore, depending on the final application or the environment, there are different technological options.

WiFi is a very accepted solution. Undoubtedly, the main argument for driving this technology is its current expansion, as all or almost all current companies manage their own WiFi network. The incorporation of automated equipment into this network therefore entails a lower cost compared to the deployment of a new exclusive network. However, this technology also presents its disadvantages by not establishing mechanisms or determinations to ensure the reliability of communications. For this reason, numerous studies have focused on strengthening these two weaknesses, developing temporary schemes that coordinate in an orderly way access to the environment and establish mechanisms to improve the robustness of communications, such as forwarding or redundancy.

In the top positions of the candidate ranking you can find Bluetooth, especially the Bluetooth Low Energy (BLE) solution. The BLE is a technology oriented to the interconnection of teams where nodes connect with teams that fulfill the role of teachers. The robustness of this solution is based on low energy consumption, which makes there a very interesting technology for battery applications such as sensor networks. However, compared to WiFi, BLE has a lower data rate (2 Mbps), limiting it to applications that require little information transfer.

Finally, mobile broadband communications systems have been proposed to cover some needs. Among them is the use of the fourth generation of mobile communications: Long Term Evolution (LTE), for example, used to support Internet of Things (IoT) networks and applications. This solution, called the Narrow Band IoT, is based, like the BLE, on the transmission of low data rates to service a large number of users.

Research is currently focusing towards 5G, as the fifth generation of mobile communications is similar to industrial requirements. However, as it is still developing, there is no experimental work to support success.

Today, the world of radiocommunications is moving at an unstoppable speed, not least thanks to mobile telephony. In fact, at the beginning of the expansion of 5G technology, which has recently reached the media, work on the next phase, known in the research world as Appendix 6G, is becoming increasingly evident. The pace of this constant evolution cannot be extended to all areas, and applications of industry 4.0, for example, must mark their own path. Therefore, as mentioned above, in the field of industrial communications some technologies already approved and legislated within 5G still have to be tested.

They highlight techniques that reduce signal delay (or processing time). Among them is the Edge Computing as a model of change that may be important in this area. In short, its objective is to bring the work of the network to the extreme, that is, close to the source where the data was generated, reducing the time needed to transport the information end-to-end. On the other hand, Cloud Computing, which is well known in other areas, could also play a role in industrial communications, but this should reduce the associated delays. 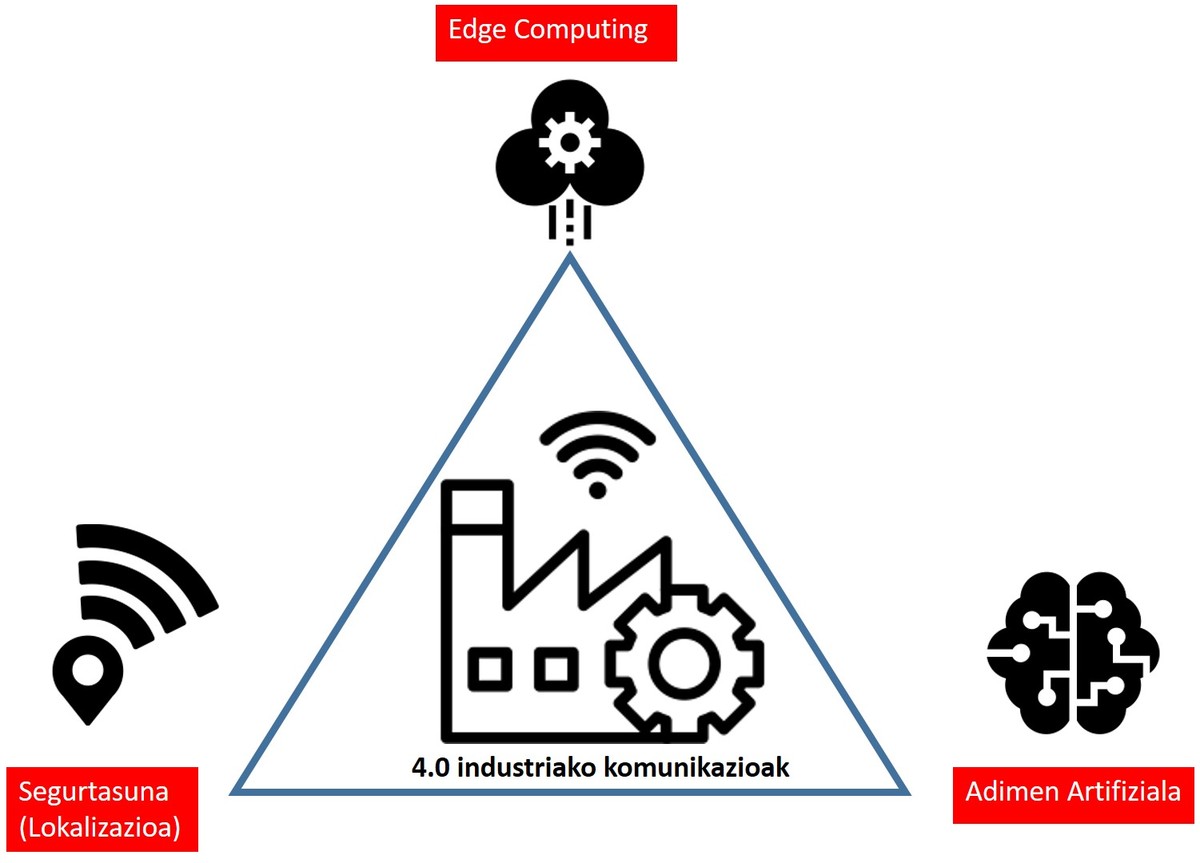 In addition to the above-mentioned and inherited solutions of mobile communications, there are other more ambitious technologies that may be relevant to wireless industrial communications. In the last year, according to the journal Nature, Artificial Intelligence (AI) has risen to fourth place among the most sought after research terms. It is not surprising, therefore, that this fourth industrial revolution foresees its influence on energy generation and distribution systems, IoT and sensors, monitoring control, etc. This list can also locate wireless radiocommunications. AA can be very useful for the planning of communications networks in the new workshops. So far, in traditional planning, transmitters were considered static, as the recipients were the only devices with mobility. However, the number and typology of devices that may be connected to a smart factory is steadily increasing (including issuers), so static planning for the coverage of a future factory has obvious limitations. Moreover, AA can also contribute to the poor protection of wireless communications in the face of an attack. For example, AA techniques can analyze network traffic and, through previously trained models, identify possible malicious attacks in our network, analyzing suspicious variants in traffic.

On the other hand, in the field of industry 4.0, radio communications can also be understood as a new physical safety axis. Research published in recent years has shown that wireless systems, in addition to transporting information, can meet other objectives such as counting people within a classroom or determining the activity these people are performing. In short, to achieve this, it is necessary to statistically analyze the changes in the signal emitted by the presence of people and in the channel crossed. In an area where GPS technology cannot be used, it can be an optimal solution to locate and count workers in case of risk or accident. Undoubtedly, the implementation of this type of identification systems and their integration with the AA techniques described above is an indispensable line of research for the safe development of future intelligent workshops.

Industry 4.0 has arrived and requires a profound transformation of wireless communications. The current technology offer has several candidates, but none meet all the requirements to be the model to follow. Therefore, the research and development process must continue and be combined with disruptive techniques that improve the performance of existing technologies to bring the future to the present. 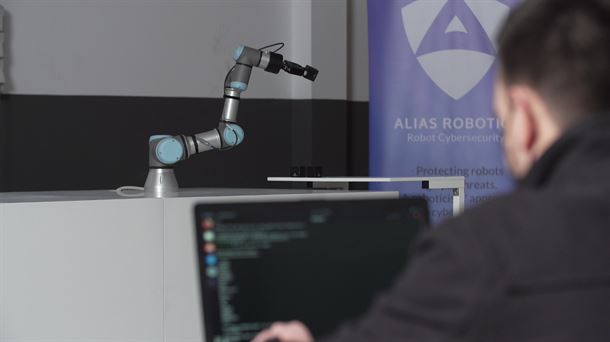 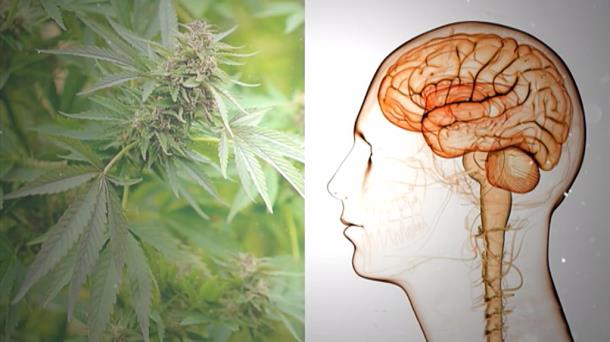