I don't think so! Fossil fuels are increasingly expensive. This and its impact on the environment, among other aspects, make news about alternative energy sources collected from time to time. Some of them are at least quite rare. For example, the commissioning of two thermal power plants that will use orchard thistle (Cynara cardunculus) as raw material.

Sugar cane as a raw material for biomass energy has been the best known so far. But, as has already been said, in Spain, in Burgos and specifically in Huesca, it is intended to use as raw material the orchard thistle.

Orchard thistle grows in soils with abundant organic matter of the Mediterranean region. It is a precursor of the artichoke (Cynara scolymus) that is sown in the orchards to eat the fleshy subzone of the chapter. It can reach 1.5 meters in height and does not bloom during the first year. It is a species well adapted to summer droughts, although it requires a minimum rainfall of 400 mm/year. However, it does not support stagnation well. It prefers limestone floors and little compact. Seeds should be sown before or after winter ice. And the first month of sowing does not suffer ice. In two years it will take the right size for its operation. 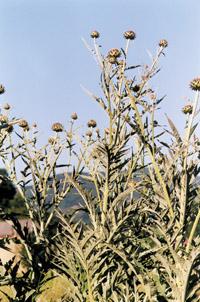 You have to cut, cut without it being completely dry, and that is the almost unique resemblance to the sugar cane we mentioned above. It is not advisable to lose seeds, that is, to fall to the ground, which are the ones with the greatest energy value.

Last year they planted the first harvest and saw two problems. On the one hand, they sowed in excess and the thistles grew very thick. And the thicker the stem, the harder it is, causing problems to cut it and manage it properly. On the other hand, the plants were too sweet and there were many mice and other rodents in the fields of cultivation. However, with the arrival of this year's sowing a genetically modified variety has been created and used. The new variety is more bitter and therefore less attractive to rodents. But it can also have 3 meters of height and 7 meters of root. Thanks to these roots can be cut for seven consecutive years and the plant will grow again without planting. This greatly reduces costs and makes them attractive to farmers.

Results of 15 years of research

This new essay is the result of 15 years of research carried out by Professor of Plant Production Jesús Fernández at the School of Engineers of Madrid. In the workshops being built in Burgos and Huesca, each can burn 105,000 tons of thistle straw per year and generate 91.2 GW (approximately the same as used annually by 30,000 people). For the planting of orchard thistle to yield benefits (taking into account EU aid), it is estimated that annual and per hectare production will be 17,000 tons. 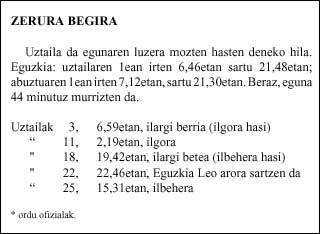