Natural intelligence has a great wealth that has no artificial intelligence: evolution. Thanks to this, living beings are transformed to adapt them to the environment, creating increasingly suitable lifestyles and more complex intelligences.

Therefore, in the field of Artificial Intelligence, Evolutionary Robotics has long been one of the greatest dreams, the fundamental step necessary to create an “Artificial Life”. Since last August it seems that the first achievements in the evolution of artificial intelligence begin to appear, even if they are small: A team of scientists from Brandeis University has developed a computer capable of designing structures with LEGO pieces. The computer is able to devise new shapes using an algorithm that interconnects LEGO pieces, so it can be said that it has “imagination”.

The introduction of the mechanical conditions that the structure must meet (weight to bear, maximum length, etc.) makes the computer generate structures on its own, selecting them from thousands of combinations, to later make the most suitable option through optimization techniques. 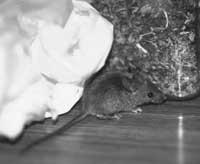