When sailing at sea, knowing the exact and error-free direction has never been easy. Now, however, this can change thanks to the virtual sticker created by Aitor Martínez, UPV professor and captain of commercial navigation. 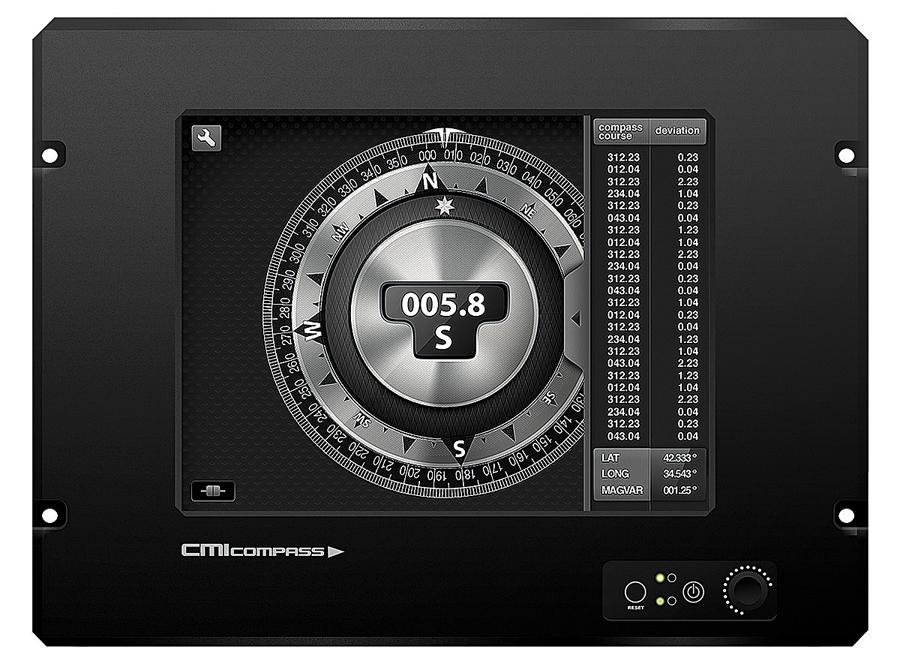 The new tool is called CMI Compass. It receives the signals from all navigation systems of the ship, individually or jointly, and, through an integrated software, automatically performs the correction corresponding to each of them, giving the correct direction of the geographic north. Send the direct steering signal to the autopilot.

Until now, the instruments that showed the direction on the boats were three: the compass box, the walkway and the gps compass. The first is a traditional compass pointing north with a series of magnets. The main problem of the compass is at its base, since the magnets mark the magnetic north, but on Earth the magnetic north does not match the geographic north. The difference between the two is the magnetic decline.

"The Chinese created the compass and knew that there was a difference between magnetic north and geographic north, but they did not know how to correct the error in the compass," explains Aitor Martínez, professor at the Technical School of Nautical and Naval Machines of the UPV.

Between 1873 and 1878, William Thompson (Lord Kelvin) solved other compass problems on ships. He placed the compass rose in a bowl filled with oil to reduce the influence of the ship's balconies. And to counter the influence of iron ships on the compass magnet, he added two sweet iron spheres, called Thompson spheres.

Currently, the compass box, in addition to the Thompson spheres, has compensation magnets to reduce the difference between magnetic north and geographic north, but they fail to completely eliminate the difference. The magnetic decline, greater or lesser, is always there, and also varies according to latitude.

Sailors use an official list with the decline in each point: the deviation table. CMI Compassa has this data integrated. Receive the signal from the compass box and create and apply in real time the divert table to get the real direction of the boat or the bow direction.

In addition to the compass, XX. At the beginning of the twentieth century another navigation system began to be used: the compass of environment. Based on the theory of the gyroscope, it was patented in 1908 by Elmer Ambrose Sperry and Herman Anschütz-Kaempf in the United States and Great Britain. The spinning compass consists of rings that turn at high speed and, when set at more than 20,000 revolutions per minute, its axis always maintains the same direction. For its application to navigation, at the time of its manufacture is indicated the geographic north. However, it is not reliable at all latitudes.

"Girocompás points to the true north," says Martin, "but he needs corrections based on latitude. When we are very north or very south, or depending on the speed of the boat, the engine does not work properly and has deviations." 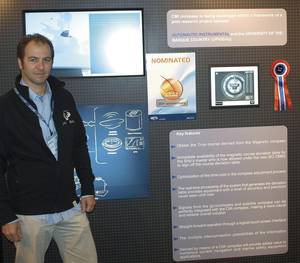 No errors and at all times

The virtual compass patented by Martínez provides a solution to the failures of the three conventional navigation systems. You only need a converter to scan and read the analog signal sent by navigation systems. Then, apply the corrections and send the autopilot the real direction, no errors, in real time and at all times.

"Taking advantage of computer systems and new technologies and taking into account that the satellite compass like the gyro gives a real direction, we have discriminated against these signals and we have managed to make the error in the deviation of the magnetic needle know in hundredths," says Martínez.

Currently, equipment that sends signals to the ship autopilot seamlessly integrates with the CMI Compass, offering a more robust and reliable global solution.

In addition to solving navigation problems, the virtual compass facilitates administrative procedures. Some boats -- merchant vessels, fishing boats, tugboats, large yachts and pleasure boats -- are required by the administration to have a certificate of the diversion board. The captain will mark the direction corrections point by point in the deviation table. This certificate is done manually and easy to manipulate, however, the virtual compass will automatically create the deflection table and no one can distort it.