Congress of Basque researchers: from Bayonne to international, from Basque to research 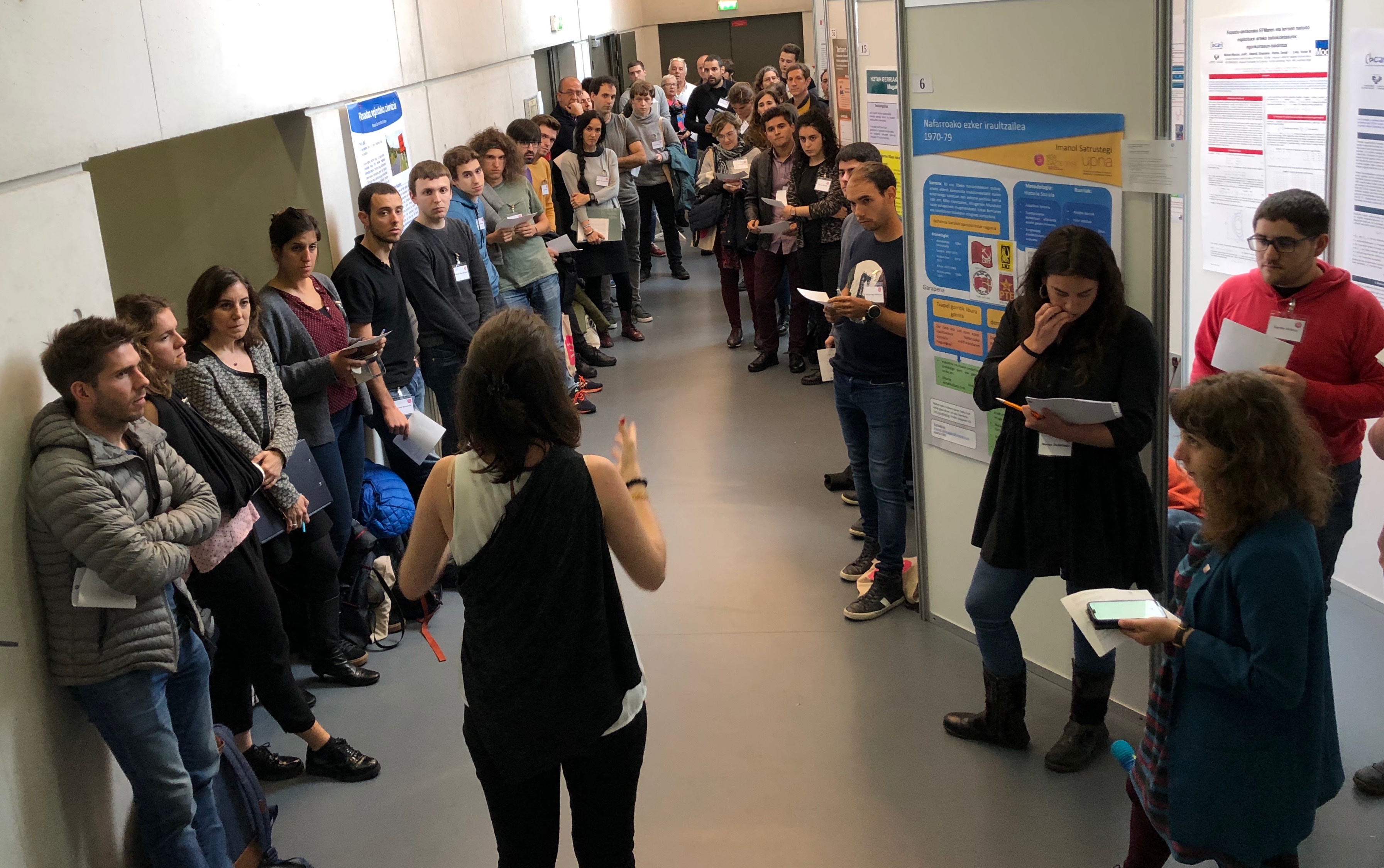 Third, the EU has brought together young and not so young Basque researchers. On this occasion he visited Baiona from 27 to 29 May. The organizers were clear that the third edition of the Ikergazte congress should take place in Baiona and, in view of the answer, they cannot like it. 180 people met on this occasion and highlighted the quality of the articles presented.

The Ikergazte congress continues to have the same initial objectives. One of them is the publication of the work of the Basque researchers. Have a place for this. At the Errobi de Baiona campus, 100 researchers have presented their articles through oral communication or poster. The areas of knowledge of all kinds have merged for three days, with the quality of the work being the most outstanding at the end of the congress. We would like to congratulate the winners of this year. The EU has published all the articles presented at the Congress. Because that is also the objective of Ikergazterketa, to increase production in Basque.

Not only to listen to other researchers, but also to listen to older researchers. Francesco d’Errico, for example, research director of the Centre National de la Recherche Scientifique (CNRS) in France. D’Errico has published more than 200 articles in high-level journals and since 2014 is included in the list of most cited researchers. He told us that we are as Neanderthal as Africans, or Denisoveses… in our way of acting, in our way of thinking and also in diseases. D´Errico told us about the genetic heritage of our ancestors.

Gwerfyl Wyn Roberts spoke about the role of interdisciplinary research to improve health services for minority language speakers. He has been a full professor at the School of Health Sciences at Bangor University in Roberts Wales until his recent retirement.

Jesus Mari Txurruka brought the 10 dots of the spleen as an object of study. With songs. Txurruka is a researcher and professor in the Department of Genetics, Physical Anthropology and Animal Physiology of the UPV/EHU in the course 1976-77, and when in the course 1979-80 the Basque line was launched, he began to teach in Basque the first course of Bachelor's degrees in Biology, Geology and Chemistry. It is one of the main names in the learning of sciences in Basque; proof of this are the 67 references of the database of the Basque scientific community Inguma. He has been and is a professor, researcher, writer and disseminator. Also a member of the EU.

Josu Martínez told us that we are a "people in which we do not exist or exist", and that research is also a "way of telling stories" and also a creative work. Martínez is a researcher and professor at the Audiovisual Communication Department of the UPV in the field of cinema. He has also been a film professor at the University of Pau, on the campus of Baiona. He is also a member of the NOR research group, which analyses retail languages and audiovisual media. His discoveries are the first film in Basque history “Gure sor tokia” (1956), as well as the short film “Euskadi” (1936) shot in 3 dimensions by Louis Lumier. He is also the author of various cinematographic and literary works. 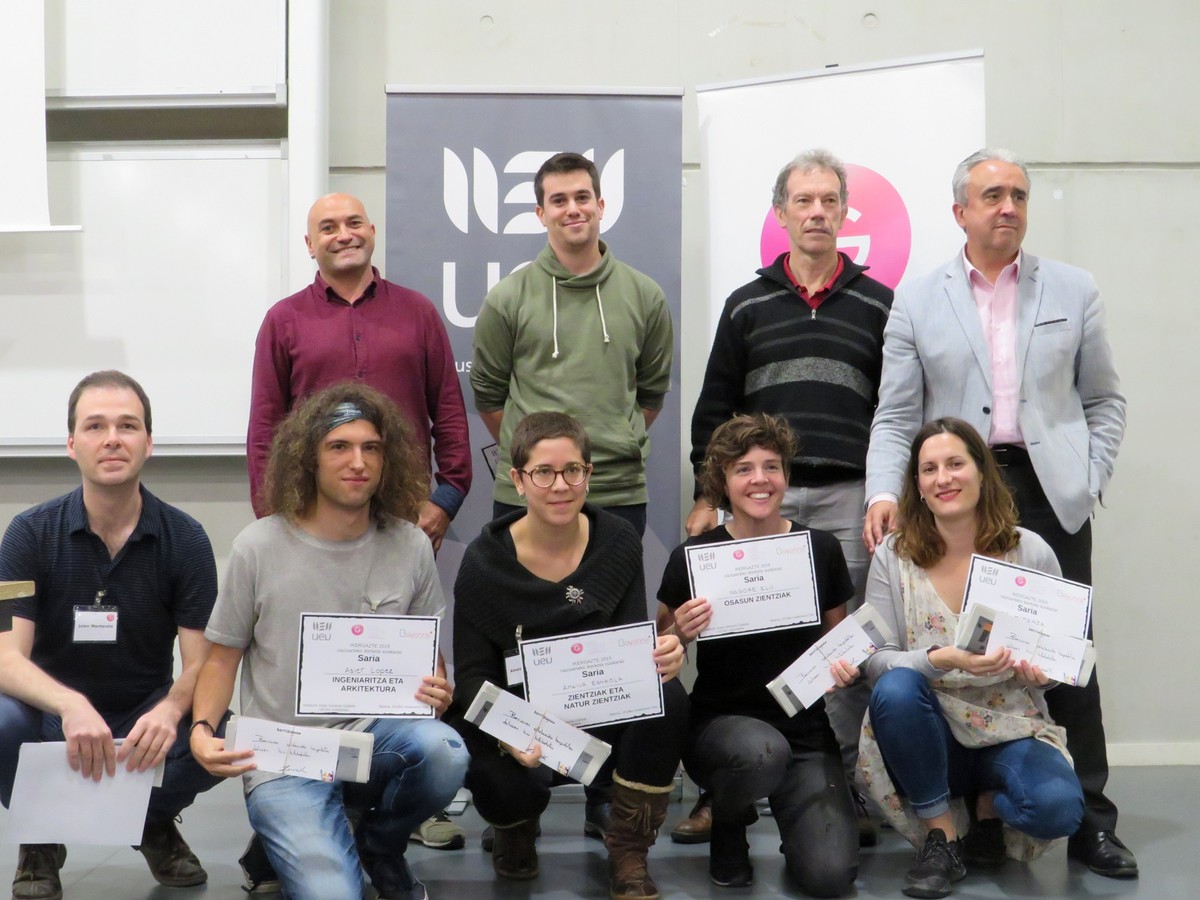 The Ikergazte Congress goes beyond the mere Congress and its itinerant character allows to know the work that is done in the different corners of the Basque Country. And that has also been used this year. The researchers had the opportunity to get to know the Laboreo Chamber, the Stya School of Engineering, the Gaztetxe Zizpa, the Euskal Herria Zuzenean festival and the Ethnopolo of Euskal Kultur Erakundea. Through visits and/or talks.

90% of those who manufacture Terminal in Iparralde come from Euskal Herria. Half do not return to Euskal Herria. In principle there is an offer to learn Basque in the south, but there are also difficulties. On the one hand, the lack of information, the lack of knowledge of Basque in the secretariats, the approvals, the economic expenditure, the different baremos... That in college. These are not easier processes to learn in Professional Training. On 27 May a round table was held to reflect on all this. Among others, researchers Txomin Poveda and Maia Duguine presented their experience and were present Kepa Sarasola (UEU), Oihana Zanponi (Eusko Ikaskuntza) and Eneko Bidegain (journalist and professor of Mondragon Unibertsitatea), as well as Iban Thicoilizepe and Jaki.

In addition to the talks and exits related to the North Basque Country, the researchers had the opportunity to participate in other workshops. LaTex Workshop on Feminist Procedures, Mapping for Scientific Publications, Data Visualization Infographics, Legal Data to Consider in Research or How Research Aligns Beyond Academia.

Talks, complementary sessions and visits help create a network. And also the accommodations. It was evident in the environment. In addition to lunch and lunch, everyone had the opportunity to dine together at the Kalostrape hostel on the second day of the congress.

Ainize Labaka and Naia Idoiaga are two of the researchers who have presented their work. Labaka has participated for the second time and said that “Ikergaztea, despite being works of very high quality, has rigor and has asked full questions, because you speak in your language there is another sweetness. It doesn’t make you so strange.” Naia Idoiaga has participated for the third time and says that the previous two were experiences of empowerment. But he also spoke of the richness of the union of researchers, who are from different disciplines, but who are in a similar process. “I, at least, helped a lot to know that in the thesis process of a young man who is doing thesis in physics, and I have similar challenges, conflicts and fears, and that in that process we share experiences with people who are later and later on.” 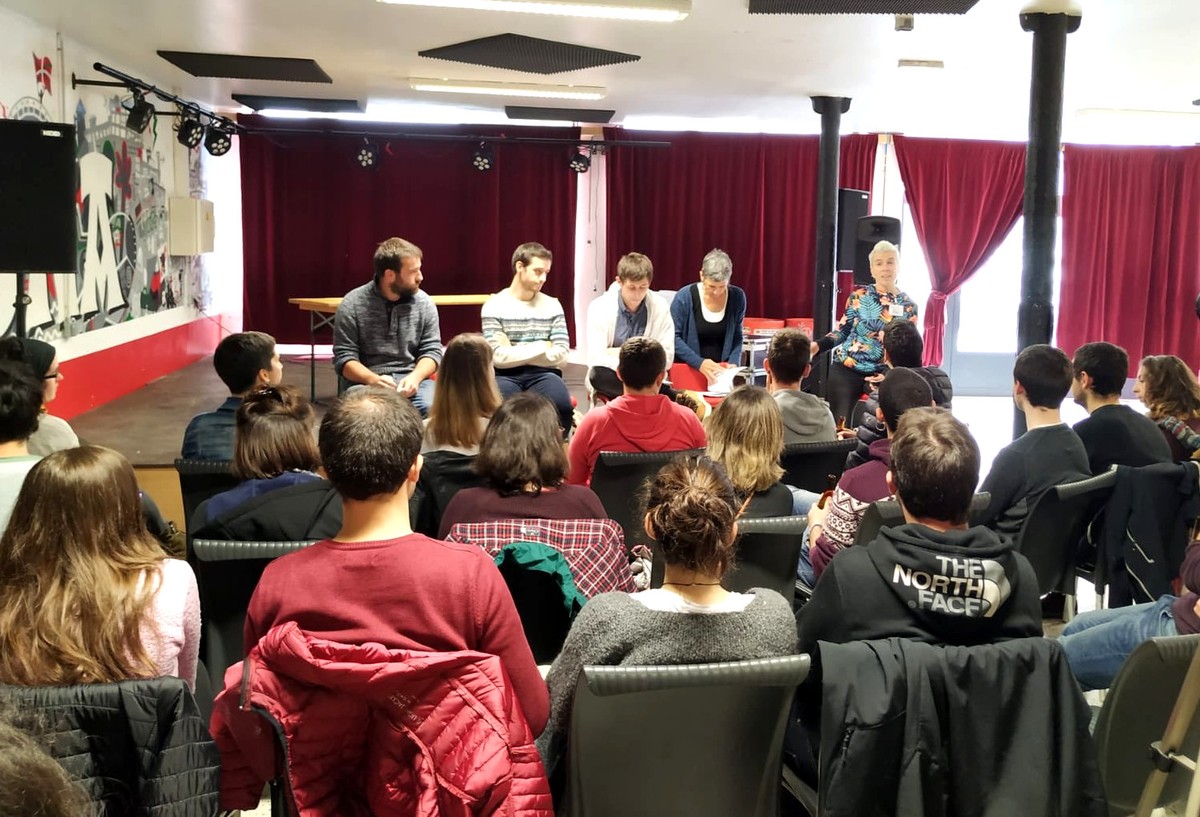 Such a congress would be nothing without collaboration. This place of researchers is essential for its conditioning. On this occasion, the EU has had the Iker Centre in Baiona as its main companion, but it has not been the only one. Behind them were UPPA, EHU, Udalbiltza, ESTIA, UPP, Universidad de Navarra, Universidad de Deusto, Mondragon Unibertsitatea, Euskal Hiri Elkargoa, Euskararen Erakunde Publikoa, Eusko Ikaskuntza, Eustzkal Kultur Erakaindia.

If collaboration between institutions and associations is necessary, also among researchers. With the aim of promoting this objective, the organizers of Ikergaztea have advanced the call for grants. It is an aid aligned with the philosophy of Congress, with the aim of promoting interdisciplinarity. Although they have not yet given rigor, it will be a research approach between different research fields, research groups and universities. Details will be released in autumn.

The congress says goodbye until two years later. Bayonne's response has highlighted the need for such congresses.