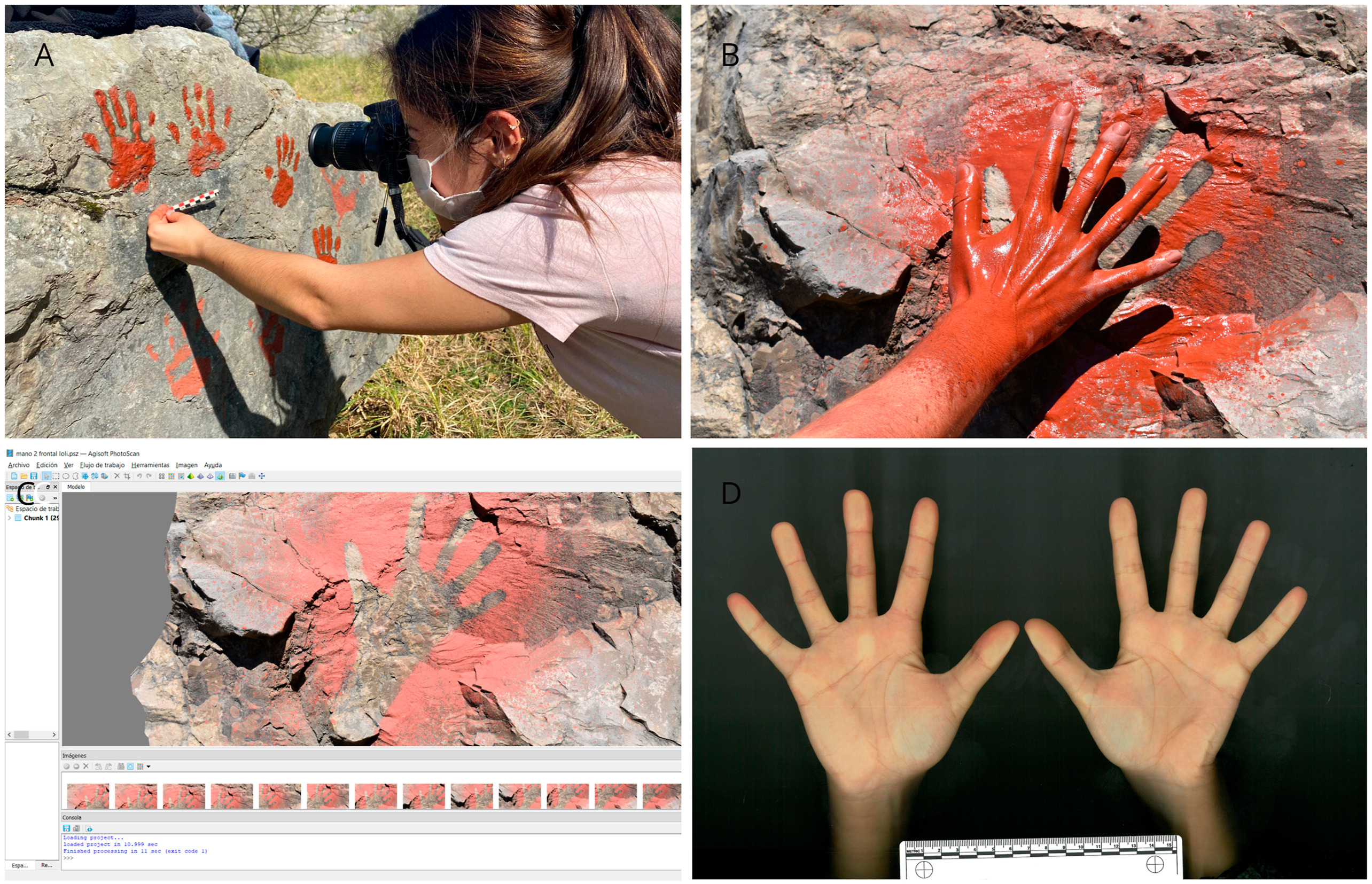 To relate the paintings with the authors' age, they have been based on experiments and the analysis of the traces. Ed. Veronica Fernández Navarro et al.

One of the most numerous and widespread examples of the Upper Paleolithic cave art are hand paintings. The hand was placed on the cliff and the paint was blown around it, leaving the appearance of the hand on the walls of the caves. Over the years, a sacred meaning has been given and a special role has been assigned to the authors. Now, archaeologists at the University of Cantabria have shown that hand painting was a collective act involving children.

The research has been published in the journal Journal of Archaeological Science and its first author is Veronica Fernández Navarro. He explains that this work has been done within the project (Before Art) led by Diego Garate Maidagan: “One of the most significant manifestations of the Upper Paleolithic is rock art. Our objective is to know the context of these statements: who the authors were, how they organized themselves, how they accessed the caves, what walls they chose, what technologies and materials they used… That is, what societies and what importance this type of recognition had for them”.

In this sense, in the study now published, the paintings of the hands of the caves of Cantabria of Castillo, Garma, Fuente del Salín, Maltravieso (Cáceres) and Fuente del Trucho (Huesca) have been analyzed. In fact, these caves have a large number of images that are in a place that is conducive to their study and well preserved. To calculate the age of the authors, 3d photogrammetric models have been used, comparing the results with the current examples. People of all ages participated in the experiment and have concluded that about a quarter of the paintings have been made by boys and girls.

Children, part of the group

“The result has surprised us a lot,” Fernández said. “In France, for example, there are some very small ones, in Maltravieso… But it should be noted that these paintings produced them by blowing them around the hand, so they are much larger than the hand itself. Therefore, it is not so easy to think that they are your partner’s”.

However, they were taken into account in the experiment. In fact, in recent years other studies have analyzed the role of children, for example, in the manufacture of stone utensils, and have even suggested that some objects could be toys. On the other hand, although bones are cleared more easily than adults, there are also traces of children in the graves. It follows, therefore, that children were an important part of the community. In any case, the article warns that the separation between children and adults is not rigid, but that in addition to the biological aspects, sociological and cultural aspects also influence.

“It is clear, yes, that the whole group was involved in hand painting. So it seems that it could be an integrative element, a consolidation activity of the group,” says Fernández. On the other hand, it highlights the value of the methodology they have created: “It must be borne in mind that these types of paintings are present on all continents and have been made for thousands of years. Now, thanks to this research, we have a methodology to better understand its authors.”