Belt for the tower of Pisa

Increasingly inclined, the Italian authorities decide to place a belt to the famous tower of Pisa. They have put the cables back to the third height and it seems that for the moment it will not fall. However, the definitive remedy must be completed with other works.

Some facts about tower construction

The tower of Pisa, in addition to inclined, is arch-shaped, that is, it has a banana shape. The tower began to be built in 1174 under the direction of Bonanno Pisano. Due to the fall of the foundations on one side, the works of the tower were abandoned, made until the third slope. The tower remained unclimbed or lowered for 90 years, but at the request of the archbishop in 1280 the work was resumed and the tower leaned more.

Giovanni di Simon then made the columns on one side of the tower longer than those on the other to correct the inclination. Thus, the tower broke its inclination and acquired a banana shape. The construction of the tower up to the seventh height allowed the cancellation of the works. Tommaso Pisano, son of Andrés Pisano, imposed the eighth floor of bells, increasing the form of banana. 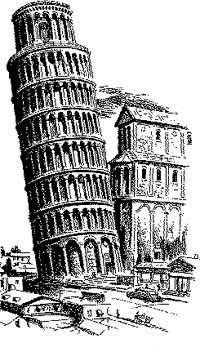 It should be clarified that this tower is next to the church and that it was built for its operation as a bell tower. It had seven bells, each with a sound of a note. In the middle of this century they were replaced by an electronic system to avoid damage by vibrations. Inside it has a spiral staircase of 294 steps to the top.

How to solve the problem?

If the inclination growth maintains the current speed, in the year 2080 the gravitational center will exceed the stability point of the base and collapse. But if nothing is done it can happen that it falls earlier. In the foundations, the pressures are different on the side on which they are crouched, 9.8 kg/cm 2 and 2.7 kg/cm 2 respectively. The marbles have already begun to break in the area of maximum pressure and the authorities, concerned, have begun to work to secure the tower.

Since July last year the tower insurance commission has had to make decisions. Optionally it has had all kinds of projects, from very serious to those who propose crazy. One of them proposes to leave the tower in vertical position, eliminating to the first floor a wedge shaped part (low in inclination and high in height). Another would want to drill the marbles and solve the problem with the lightening of the tower. A large area of the foundations of the tower is also one that aims to cool with liquid nitrogen, etc.

However, respecting the will of the Italian government, the president of the commission, Michele Jamiolkowski, has promised that the exterior and interior aspect of the tower cannot be altered. The tower will remain tilted, although slightly rectified and above all stabilized.

The image shows the belt of cables that have placed the tower of Pisa. Its aim is to maintain cohesion between the stones and reinforce the tower.

The path chosen to secure the tower was proposed by Fritz Leonhardt of Stuttgart in 1973. The project consists of three stages. In the first one it is intended to draw very precise plans of the building and to know with precision the forces that it supports. The second stage consists of placing a cable belt on the first three floors on one side and placing a lead counterweight on the base of the tower to the north (opposite the tilt). What will be done in the third stage is not yet very clear, but we will try to report something.

In the first stage it is intended to accurately perform the plans of the monument, since no one has the plan of the tower. It is the French agency “Institut Geographique National” and has used a photogrammetry system. The technique used is based on taking pictures of different points on the same object. The tower has received more than a thousand reference points and subsequently, stereoscopic overlapping the photographs, they have been able to complete a three-dimensional model. He has also been drawn flat 1/50 scale.

In addition, the tower has been filled with devices to record at different points of the same tilt change and the efforts that each section suffers. With all this data the stability of the tower has been calculated. In fact, being cylindrical almost completely marble, not all stones are equal in quality and resistance. In addition, the soil of the foundations is not firm but alluvial.

The first part of the second stage has been completed. By cable they have placed a belt on the first three floors. They are a total of eighteen steel cables. Each consists of seven threads that have been protected inside a teflon tube. In addition, the teflon, colored stone, has tried to preserve the aesthetics of the tower. The cables aim to maintain the cohesion between the marble stones to prevent the fall of the tower. The voltage of the cables through the sensors connected to the computers is controlled at all times in 13 tons.

The next task of this stage is to place a lead counterweight. On the other side of the tilt want to place at the base 600 or 800 tons of lead in ingots. The counterweight will reach an approximate volume of 60 m 3. At the moment this task has not been started, but according to the project they had already begun to do so.

Still no one is clear what will be done in the third stage, after stabilizing the tower and lifting it slightly by the counterweight. Will you leave the cables? Will they remove counterweights? Are you going to steal foundation and land?

All this will depend on the angle left at the end of the second stage. According to experts, if the counterweight properly performs its work and the tower is infinitesimally but rises a little, it would be possible to remove the cables from the belt of the first floor. The tower would be saved without major engineering expenses. But there are people who do not believe that the 800 ton counterweight will affect a 14.5 ton building. The counterweight, in addition, would slightly reduce the bottom.

Reconstruction of the tower

The tower of Pisa is one of the seven wonders of the world. How long will he stand?

Considering all this, there are those who propose the reconstruction of the tower with loose stones and with wider and more robust foundations. Professor Roberto di Stefano of the University of Naples thinks so. Also in 1871 a marble chapel was dismantled and built further from the Arno River to free itself from the floods. Also in Egypt, when the reservoir of Aswan was built, the entire temples were modified, releasing them to the roots. Under the responsibility of UNESCO, those wonderful buildings were rebuilt further from the water.

However, if the tower of Pisa was liberated, it would not be possible to leave the grounds that are then inside the walls as now, and some point out that the new tower would be false.

However, it seems that the debate will last a lot and the expression “...waiting for you…” of Antton Balverde’s popular song will not lose meaning. 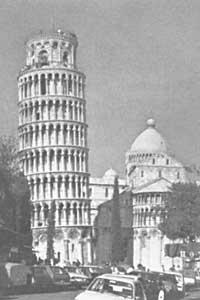 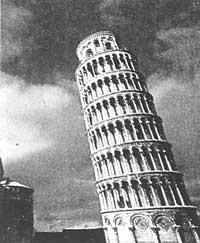 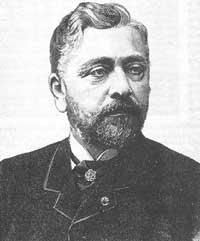