The Gaia mission of the European Space Agency has published a new series of data on the Milky Way, together with a collection of scientific papers analysing this data. They've received the chemical composition and three-dimensional motion of millions of stars, izar earthquakes, asymmetric movements and other amazing data. All data are available.

The data collected between 2014 and 2017 and the studies carried out with them are those presented. They've collected recent and improved information from almost two billion stars, from chemical compositions, temperatures, colors, masses, ages, to the speed with which they're approaching or moving away (radial speed).

Much of the new information has been obtained by spectroscopy, distributing starlight in colors. This provides information about the chemical composition of stars, and from it you can know their origin, age, temperature, etc.

So they've gotten a complete chemical map that collects information about the history and evolution of the Milky Way, identifying the different generations of stars. You've seen that some stars in the galaxy are made up of original materials, and others, like the Sun, are enriched with material from previous izar generations.

One of the most surprising findings is star earthquakes. They've detected large-scale vibrations, like tsunamis, that can change the shape of stars, in thousands of stars, even in some stars that, according to current theories, they couldn't wait. These earthquakes can be a new avenue of star investigation, as they provide a lot of information, especially about the inner workings of the star.

In addition, they have collected the mass and evolution of over 800,000 binary systems. It's also information from 156,000 asteroids and millions of other galaxies and kelps that are outside the Milky Way. 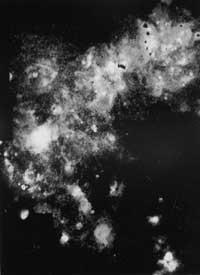