Atlas Street of the World and the Basque Country of Elhuyar

The Elhuyar Foundation published the World and Basque Atlas in September. This atlas, in addition to updated geographical and political maps, gathers information about the new organization of the solar system, decided in August.
Atlas Street of the World and the Basque Country of Elhuyar
01/09/2006 | Solabarrieta Arrizabalaga, Danel | Elhuyar Edizioak 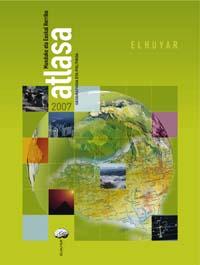 The Atlas can be purchased at www.elhuyar.org/denda and at major libraries.
-

The Atlas is a complementary material of education that students must always have at hand. For this reason, the atlas of the Elhuyar Foundation is designed for students of primary and secondary schools. In addition to updated geographical and political maps, it collects thematic maps and useful data for students. However, it can be very appropriate for any lover of geography.

This new atlas is completely updated. On the one hand, it includes the definition of the planets agreed by scientists in August 2006 and the new organization of the solar system, among other things, that Pluto is not planet. On the other hand, it reports the main political changes that have occurred in the world in recent years (Montenegro, Timor-Leste...) and the socioeconomic and demographic events of recent years: inhabitants of the world, countries and richest cities in the world, data of Euskal Herria... And to end the updates, Euskaltzaindia takes into account the Basque names of the Euskal Herria and the world names, as well as their rules and suggestions.

In addition to being updated, this atlas contains a series of thematic maps and data that can be useful for students. Worldwide, you can find maps related to plate tectonics, climate, the main oil reserves and industrial polygons in the world, the distribution and migrations of the population, the most populated cities, the richest countries and religions.