Paintings of the drummer, key piece to form the puzzle 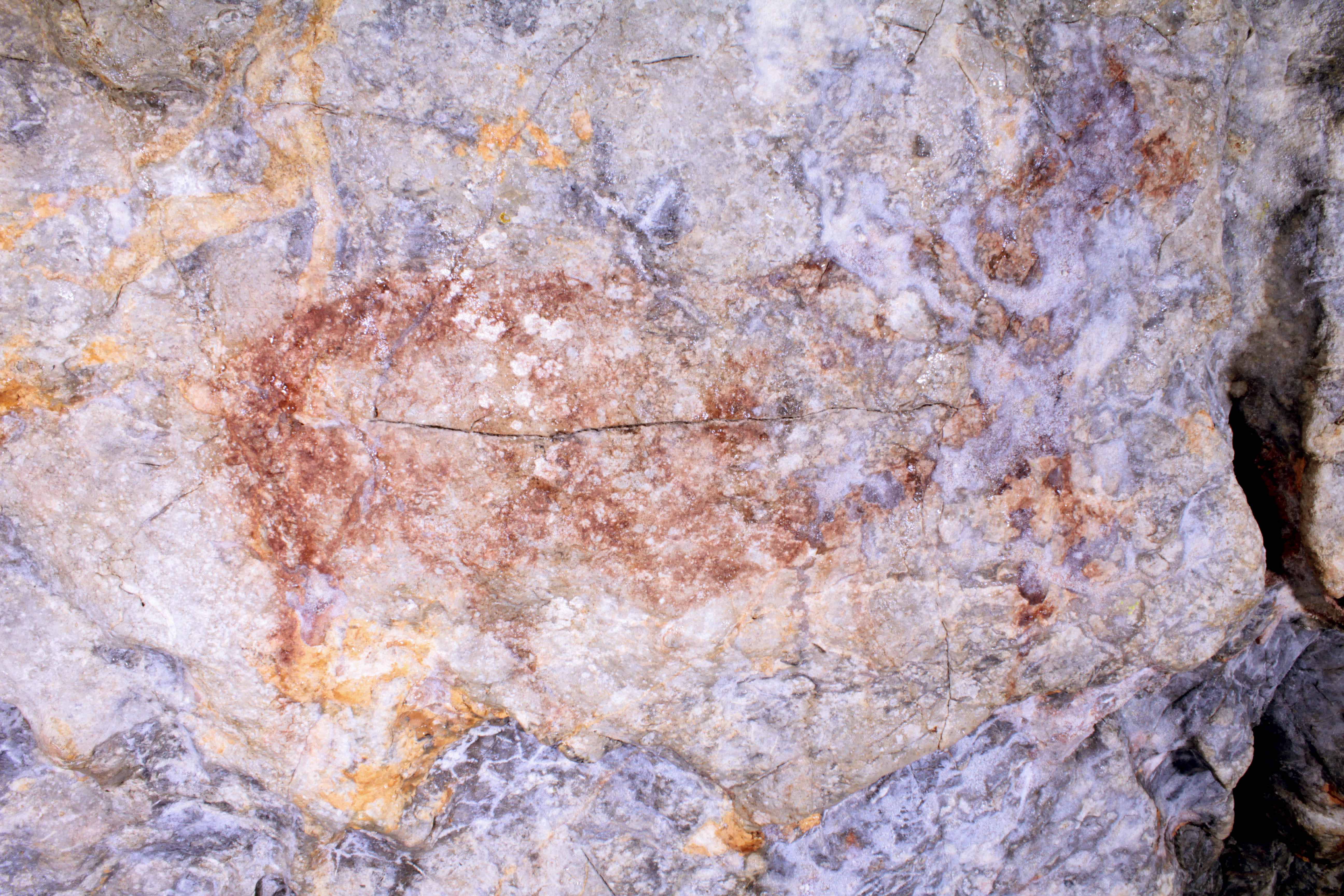 One of the paintings of the drummer. Although their state is quite poor, they have helped to complete the gap that existed previously. Ed. Blanca Ochoa Fraile et al.

The murals found in the cave of Danbolinzulo (Zestoa, Gipuzkoa) have provided valuable information to understand the paleolithic context. Five wild goats, two horses and a human figure have been identified. From his analysis it is deduced that they are before the Magdalena (20.000-30.000 years ago), of Cantabrian-Iberian style, so in the Basque Country there are not so many gaps in this type of art as before they were believed. In addition, the research helps to know where the Cantabrian-Iberian and Franco-Continental artistic traditions converge.

The research, led by Blanca Ochoa Fraile, from the Department of Geography, Prehistory and Archaeology of UPV-EHU, has explained that for many years they have not been able to explain why in Euskal Herria there were no previous murals to Magdalena, so abundant in Cantabria and Asturias. However, the research carried out in the last ten years has shown that there are, thanks to the rigorous studies and methodological advances of the caves already discovered, 17 sites with works of paleolithic art.

One of them is Danbolinzulo. The Antxieta archaeological team discovered it in 1980, but they did not realize that there were paintings. In 2014, however, they returned to the cave and were seen. Mª José Iriarte Chiapusso and Alvaro Arrizabalaga Valbuena of the UPV-EHU studied for the first time and Ochoa and his research team started working in 2015.

He confesses that they made an unexpected discovery: “We hope there are between 7 and 8 images and we find about 30 graphic units.” It says that most are in poor condition, especially those of Panel 3, due to the influence of the external climate and geology. But there are images that distinguish well, and there is no doubt that they are of Cantabrian-Iberian style. “It is a cave located to the east of the paintings of this style.”

It is estimated that they are between 20,000 and 30,000 years old, but according to Ochoa, for the moment they have not been able to realize more. “The paintings of Magdalena, typical of the north of the Pyrenees, are easy to date. On the one hand, because they are black, so it is possible the date of the pigment, since it is of organic matter. And for another, because there is more mobile art. On the contrary, to date red paints we use the technique of uranium series, which is less accurate. In addition, there is not so much mobile art.”

In any case, research has helped to better understand the customs and relationship of human beings of that time in the territories located north of the Pyrenees and between the Cantabrian area and the Iberian peninsula (today Basque Country).