Lately, regarding incinerators, we have heard quite often of "biomass energy". This energy, unknowingly, is the energy obtained from biomass. We will see if this is so, but above all we will analyze in the article the different ways of obtaining biomass energy.

Biomass energy is the renewable energy accumulated in organic matter that plants synthesize in the photosynthesis process using carbon dioxide and solar energy. Biomass, in the broad sense, is a material that forms living beings. In a stricter sense, however, it is called matter resulting from the process of photosynthesis. Being an organic matter, it is a renewable resource produced by an almost inexhaustible source and by a plant kingdom (primary biomass), an animal kingdom (secondary biomass) and an urban and industrial system (residual biomass).

In recent times, with the aim of building power generation plants through the burning of waste in incinerators in our environment, the issue has become
something more known, but whoever has not heard more than that, surely, could think that the only energy source of biomass are urban, agricultural and industrial waste. And this is not correct, neither in terms of the source of energy nor in what can only be the electrical energy produced.

In biomass energy, in addition to residues from other processes, cultivated and collected plants (or collected raw) are used for this purpose. And the method used to obtain biomass energy also varies depending on the raw material.

Hydrocarbons or similar compounds produced by various plants in the metabolism.The previous treatment, the solvents used and the products and by-products obtained will depend, logically, on the plant species. However, due to its similarity to oil, the product can be used as fuel for internal combustion engines or diesel, although products are obtained from other uses. The extraction of vegetable oils or hydrocarbons from algae and microalgae or other rapidly growing plants is one of the least developed biological energy sources.

Wood is undoubtedly the most important biological source, as it is a primary source for the inhabitants of the Third World. Wood is easily released in the form of heat the solar energy accumulated by photosynthesis. This heat can be used as such or to heat some liquid and generate electricity by steam.

Another mechanism is the gasification of wood at high temperature in a medium with water vapor. The synthesis gas thus obtained is catalyzed into methanol (carbon monoxide, carbon dioxide and hydrogen in different proportions depending on the raw material and process conditions). This process uses 10-15% of the theoretical amount of oxygen needed for complete combustion. If the source of oxygen is the air you get the gas that must be used in combustion units to obtain electricity or steam. However, the use of pure oxygen and water vapor as a source of oxygen allows obtaining a synthesis gas that can become a liquid fuel (methanol and gasoline).

It is the decomposition of biomass by heat (450ºC) and by default oxygen. The nature and composition of the final product will depend on the biomass used as raw material and the temperature, pressure and time of the process. However, they can generally be classified into three groups: 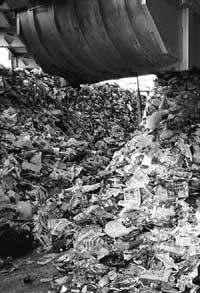 Cellulose can be converted into simple sugar and obtained, after the fermentation process, an ethanol suitable for feeding internal combustion engines. For this purpose it is broken, hydrolyzed (enzymatic or chemically) and subjected to fermentation. The following is the separation and purification of ethanol obtained to obtain commercial distilled ethanol (96%) and absolute ethanol (99.5%). This is the most expensive part (for the second benzene is used). The feeding of engines to simple ethanol continues to present some drawbacks (mainly low ethanol production and special engines), but the incorporation of absolute ethanol to gasoline (diesel) avoids the addition of components containing lead to gasoline and the need to perform quality improvement treatments. On the market, the most viable process for alcohol production is the fermentation of sugar produced by starch hydrolysis. Sugar and starch can be obtained from sugar cane and corn, among others, and in Brazil and the United States these plants are planted in large lands to produce alcohol.

Methane production is one of the best options in biomass. For this purpose, plant and animal remains are used and organic matter generates biogas from the fermentation produced by anaerobic microorganisms. This biogas is mainly composed of methane (50-70%) and carbon dioxide (30-50%), although depending on the raw material and the characteristics of the process present signs of nitrogen, oxygen, hydrogen and hydrogen sulfide. Production is not the same, but usually around 350 l/kg of gas and can be burned to produce heat or electricity.

Methane from manure was obtained in this hamlet and burned in the kitchen.
IXI

Finally, biomass exploitation can cause environmental problems if not applied carefully. In fact, in many territories of the planet forests are being lost due to the burning of wood for everyday needs. In some villages, instead of using waste, there may be temptation to prepare special crop fields for ethanol, which can cause two harms: lower food growth and forest dismantling to grow new crops. In Brazil, for example, they plant large fields of cultivation to produce alcohol as fuel in cars. Biogas can also cause problems for the planet by increasing the greenhouse effect. In general, biomass combustion is polluting and even more so when fuel is urban waste. This is a new use of biomass that is becoming more widespread lately, and if action is not taken, it emits numerous toxic chemicals into the atmosphere. Burning waste produces dioxin emissions, among others. For these reasons, several institutions have been proposing in recent times to stop considering biomass energy as renewable energy. 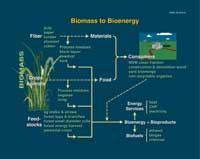