Autonomous cars on the road

In a few years, autonomous cars have gone from being a remote representation to being a real and ever closer option. Some prototypes are already on the driverless road. There are still many things to solve, to answer questions, but autonomous cars are underway. 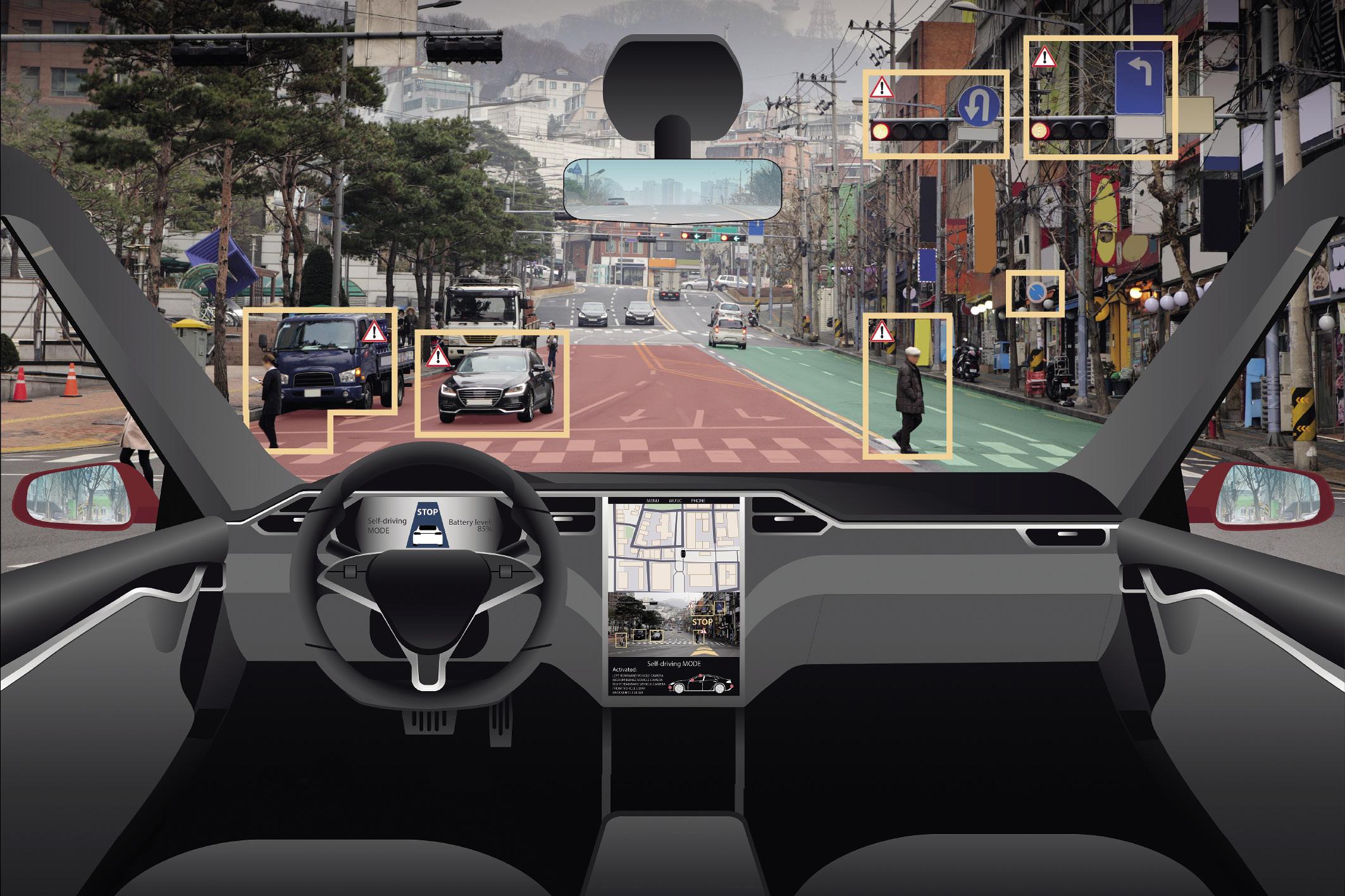 In Arizona, since November last year, driverless cars have been on the driverless road. And also in California, according to the new law passed earlier this year, companies that authorize it can try autonomous cars without a safety driver. In particular, the safety driver will not have to be present in the car, but must have a monitor that will track you remotely, able to take control when necessary, a remote driver. This law already supports steering wheels, mirrors and cars without pedals. Because a car that does not need a driver does not need it.

Companies in the automotive sector, on the one hand, and tech giants, on the other, are flying with autonomous cars. Waymo cars born from the Google project have already traveled more than eight million kilometers on public roads (and more than four billion on virtual roads). Since November last year, Waymo is testing cars without a security driver in Arizona and has announced that by the end of this year he wants to launch a robotics service. They say that users can request the service through a mobile app so that a taxi without driver takes them to the desired point.

General Motors has already presented the GM Cruise AV without steering wheels or pedals. In the SAE scale of autonomous levels from zero to five, it is expected to be in fourth level (see table “Automation levels”), and it is wanted to market in 2019. Tesla, for his part, announces that for that year he will leave fifth year. Volskwagen by 2025. And in this race are Lyft, Uber, BMW, Ford, Hyundai, Volvo, PSA (Peugeot-Citroën), Baidu, Yandex, Intel, Apple... 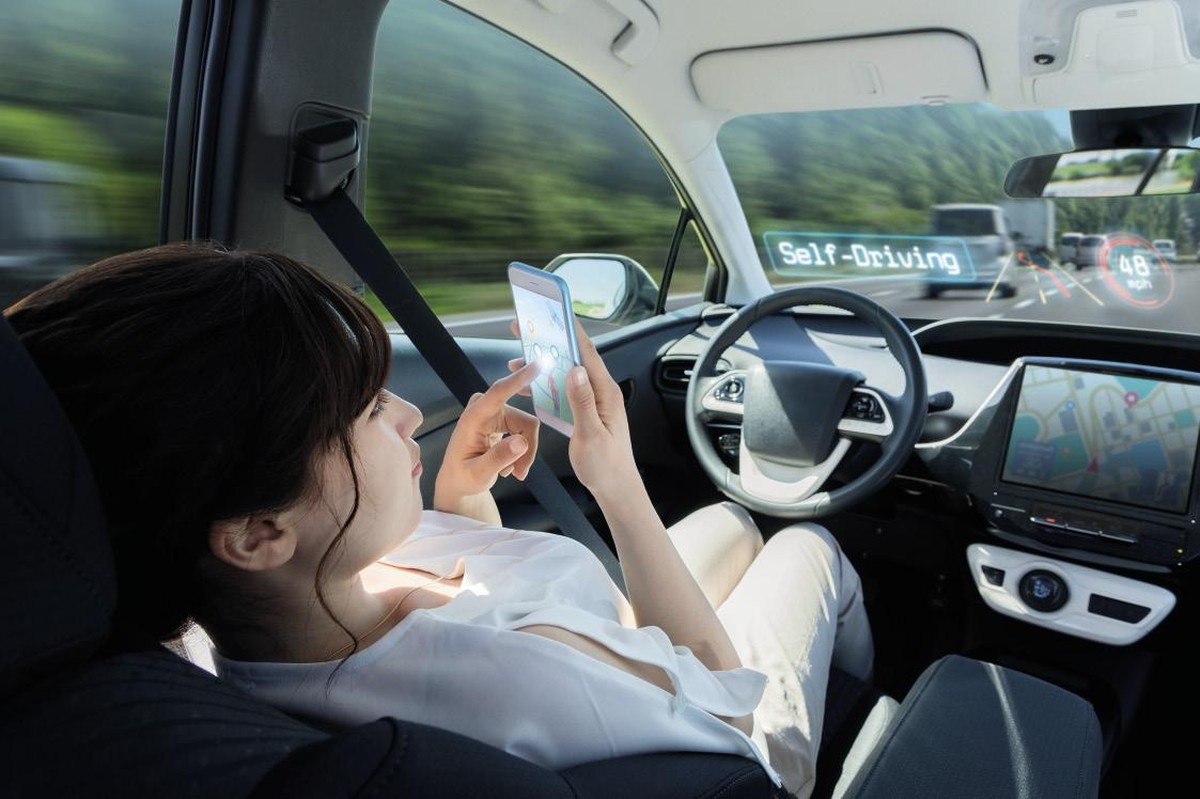 However, although all this may seem different, autonomous cars still have a long way to go. “Much is missing,” explains Oihana Otaegi Madurga, director of Intelligent Transport and Engineering Systems at Vicomtech. “We are seeing that it is possible technologically and increasingly clear. But at the moment they are prototypes. For example, sensors that have a Waymo car cost only more than 100,000 euros. There is much left to reach the dealers. In addition, legislation must be changed, ethical problems solved, etc. In the United States I don’t know, but in Europe at least much is missing.”

In fact, Otaegi stressed that the United States and Europe are playing very differently with autonomous cars: “They are two worlds. Two totally different cultures. In the United States there are software giants. Now they have entered the world of cars, but they behave like software: when they have a minimum they take it to the street and the errors or problems that arise will be corrected with updates or new versions. Here, however, it is not at stake to lose some documents or remain incommunicado, there are lives at stake. Nothing can be put on the road in Europe until it is proven safe.” This does not mean less progress in Europe. “Here everyone tests at home, in closed places, and we don’t get out so much on the news, but we’re doing a lot of things.”

An example of this is Vicomtech itself. Experts in artificial vision and artificial intelligence, who in recent years are working intensively on autonomous cars. “We try to do what our eyes and brain do,” explains Otaegi. “We don’t get into the actions, that is, we don’t stop the car, but we try to see and understand what’s around and figure out how what’s around can evolve, where dangers can be, etc.”

They have several European projects. One of them aims to develop a more accurate, lane level mapping. “Mapping is going to be very important and requires a lot of precision. It is not enough to say how the current GPS ‘you have to go left at 500 m’; instead of navigating distance, you have to do it at lane level”, said Otaegi. The system must know the number of lanes on the road, the lane on which it runs and the lane on which it must travel. To do this, they have specialized cars in each of them and are drawing the cartography from the information they receive. 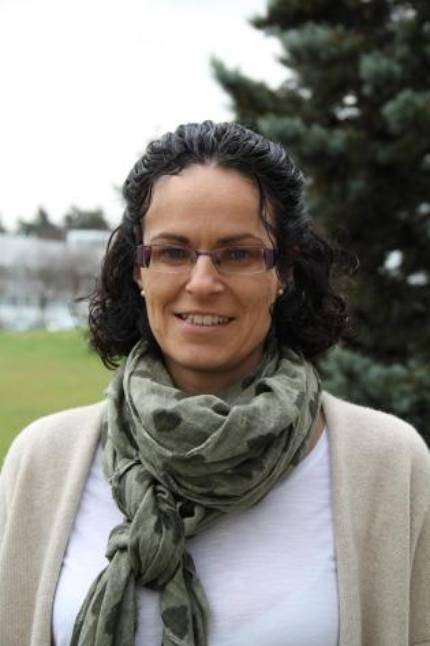 In addition, the system should be taught to identify what cameras and sensors see. “To train artificial intelligence, you need to teach them what cameras see. Today that has to be done by a person: you have to say that it is a car, that it is a pedestrian, that is the road… In a video of fifteen seconds, to identify only the objects it takes half an hour. To determine what each pixel is, one hour for a frame. We’re trying to automate this so we can process more information and train the system better and faster.”

In addition to paying attention to what happens outside the car, it can also be important to pay attention to the interior, especially in third-degree cars of autonomy. And when the car has to pass the control to the driver, it is essential that the driver is prepared for it. In fact, the accidents that have occurred have had much to do with it. “The driver knows he has to be attentive, but when the system works well, day and day, in the end the driver relaxes. So we want to know how that driver is at all times and what we propose is that the system has to take into account the external and internal situation, and act accordingly.”

To do this, the interior cameras measure different parameters: eye direction, opening and closing time, shooting frequency, head position, head position, whether or not it speaks… Thus, they calculate the driver’s condition and, depending on it and what is outside, the car will act in one way or another.

There is a lot of work to be done, the big challenge is artificial intelligence, according to Otaegi. “When we put ourselves behind the wheel we have been seeing and learning things for 18 years, the brain is trained and knows what anything appears to it. We have to pass that to a machine. We will teach the machine what each thing is and what it should do in every situation. That’s very difficult, that’s the key, especially in artificial intelligence and machine learning.” 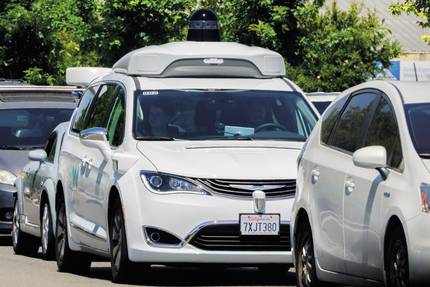 Waymo’s autonomous cars have already traveled more than eight million kilometers on public roads. And since November last year cars without a security driver are being tested in Arizona. ED. : Sundry Photography/Shutterstock.com.

Reliability will also be critical. Somehow it must be guaranteed that the system does not suffer errors. “A lot of work is being done in Europe: what kind of tests will have to happen, etc. Both the European Commission and Germany, France and Italy, major car manufacturers, are putting a lot of money into making sure cars are safe,” explained Otaegi.

And from a security point of view, the risk of cyberattacks is also concerned. “The hacks made so far have been made in cars with old electronics. However, cybersecurity in autonomous cars must be developed from design, for example, so that perception systems do not have external connectivity and the only existing connectivity point is very safe. They will be very protected by the design. We will have to see if that will be enough or not.”

There are other non-technological keys. It is not easy to decide how cars should act in different situations. For example, should you make decisions against those who drive if it is to save more lives? “At first some announced that the car would always support the driver, but is that ethical?” Otaegi leaves in the air. It is not clear how to deal with these ethical problems. “It’s an unanswered question.”

However, self-driving cars come with the promise of being safer than man-driven cars. Every year more than a million lives are lost on the road, and most accidents are due to mistakes made by people. “People are very good at driving. But when we are not correctly, then accidents occur: tiredness, lack of attention, alcohol… That will disappear with autonomous cars. Instead, I still have my doubts about whether in complex situations the machine will respond better than us.” 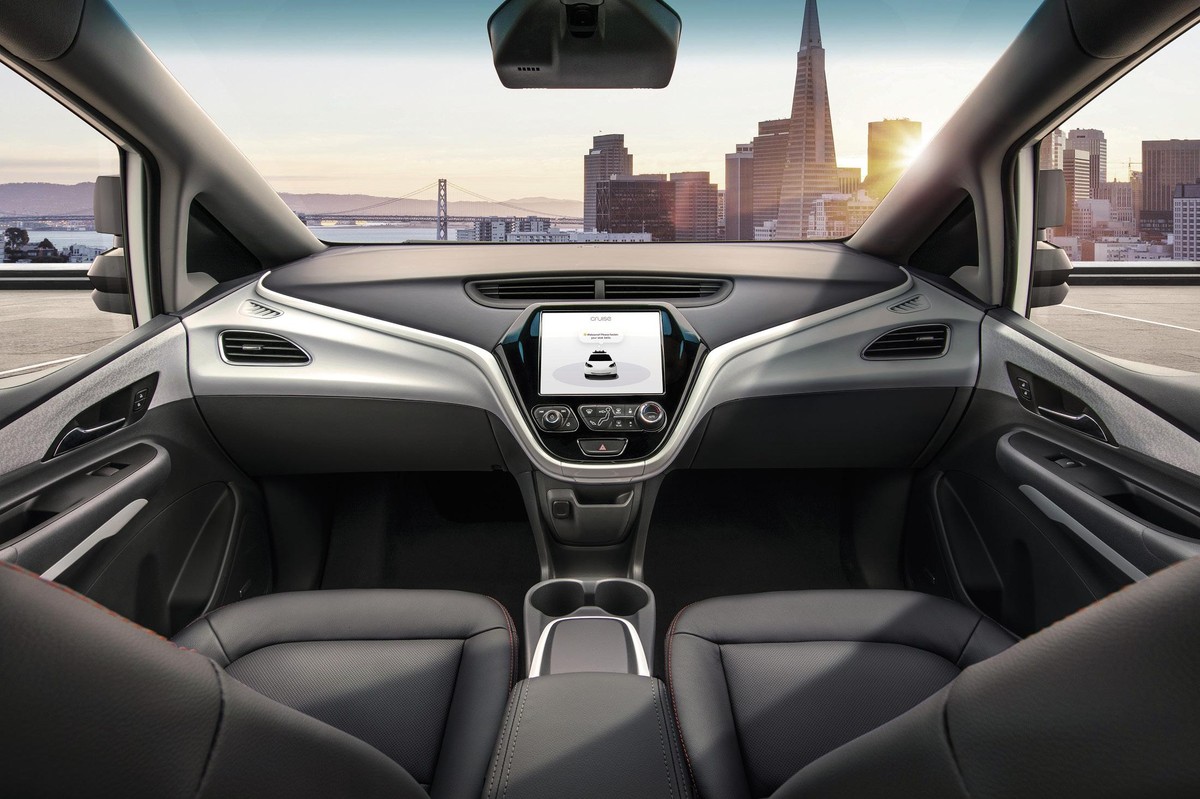 On the other hand, automation can change the mobility model a lot. In many places there are great mobility problems, too saturated roads. And it is observed that along the way of automation there can be an opportunity to solve it, although the opposite can also happen, since even people who do not drive could start moving in the car.

“Autonomous cars will have a great influence on mobility. It will surely start in public transport, taxis, trucks, etc. But this brings all mobility to a breakthrough model. The mobility we know can change radically. In large cities, instead of having your own car, we will use carsharing services (car hire per hour), etc. It seems to be what is coming. But that will also have to be seen.”

And many other things will have to be seen. For example, how it will affect the environment both the construction of this type of vehicles, and the consumption of the servers necessary for all the data and operations that they will generate, or how it will affect privacy to remain registered from where we have been (and perhaps with whom). Among the rapid advances and prodigious predictions are numerous doubts and concerns. Many unanswered questions yet.

Automation levels
The guide most used to determine the degree of autonomy of a car is the one established by the Association of Automotive Engineers of United States SAE:
Level 0
There is no automation.
Level 1
The vehicle has auxiliary systems, for example, to maintain a certain speed, to monitor the security distance, to help park, but the control always has the driver.
Level 2
The vehicle is able to exercise control in certain circumstances. At this level belong the cars that have autopilot motorway or auxiliary jams, as well as those that park alone. The driver is required. There are several cars on the market of this level.
Level 3
The vehicle is able, in addition to driving alone, to identify and react depending on the objects and circumstances of the environment. But not in all cases and then give the driver the command. The driver remains a must. There is a debate about the approach of the Tesla Model S car to this level.
4th year
The vehicle is capable of driving within limits and, in case of failure or inadequate conditions, you must have a support system that allows you to take control and be safe. No guide required.
5th year
The vehicle is able to drive only in any circumstances. No guide required.
Key parts
Cameras
They are essential for detecting lanes, road signs and luminaires, but they can be very useful. Artificial vision allows cameras to see everything around them and act accordingly.
Leaders
It emits millions of laser beams per second and, measuring the time taken by the returning ones, makes a 3D map of the area, more accurate than the one obtained with the radar, and for a machine easier to understand than the 2D image of the cameras. Very expensive.
Radars
It is known for radio waves. Especially good for detecting large metal objects (other cars). Cheap and high reliability.
Maps
Precision maps are important, among other things, for the car to know exactly where it is and to confirm that sensor readings are correct.
Artificial intelligence
The brain must understand what sensors see. Machine learning will be key to training that brain and learning from experiences. 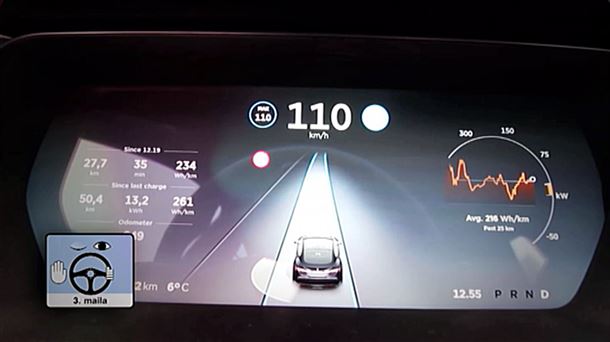 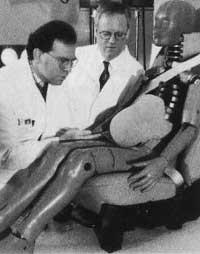 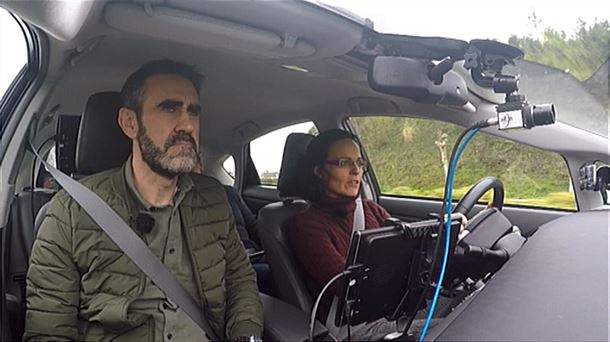