“Without creativity you cannot be a great scientist”

Eneko Axpe Iza (Barakaldo, 1986) is one of the most popular rappers in the Basque language in Euskal Herria, and far from here, the physicist of NASA in Silicon Valley. Proof of this are his two gifts: his last vinyl and a piece of rock of the Moon. Artemis works within the American program he wants to send humans to the Moon and Mars. He has developed a mathematical model used to predict the loss of bone density of astronauts. But beyond space research, Axpe would splash everything with physics: cooking, music… He likes to hybridize. 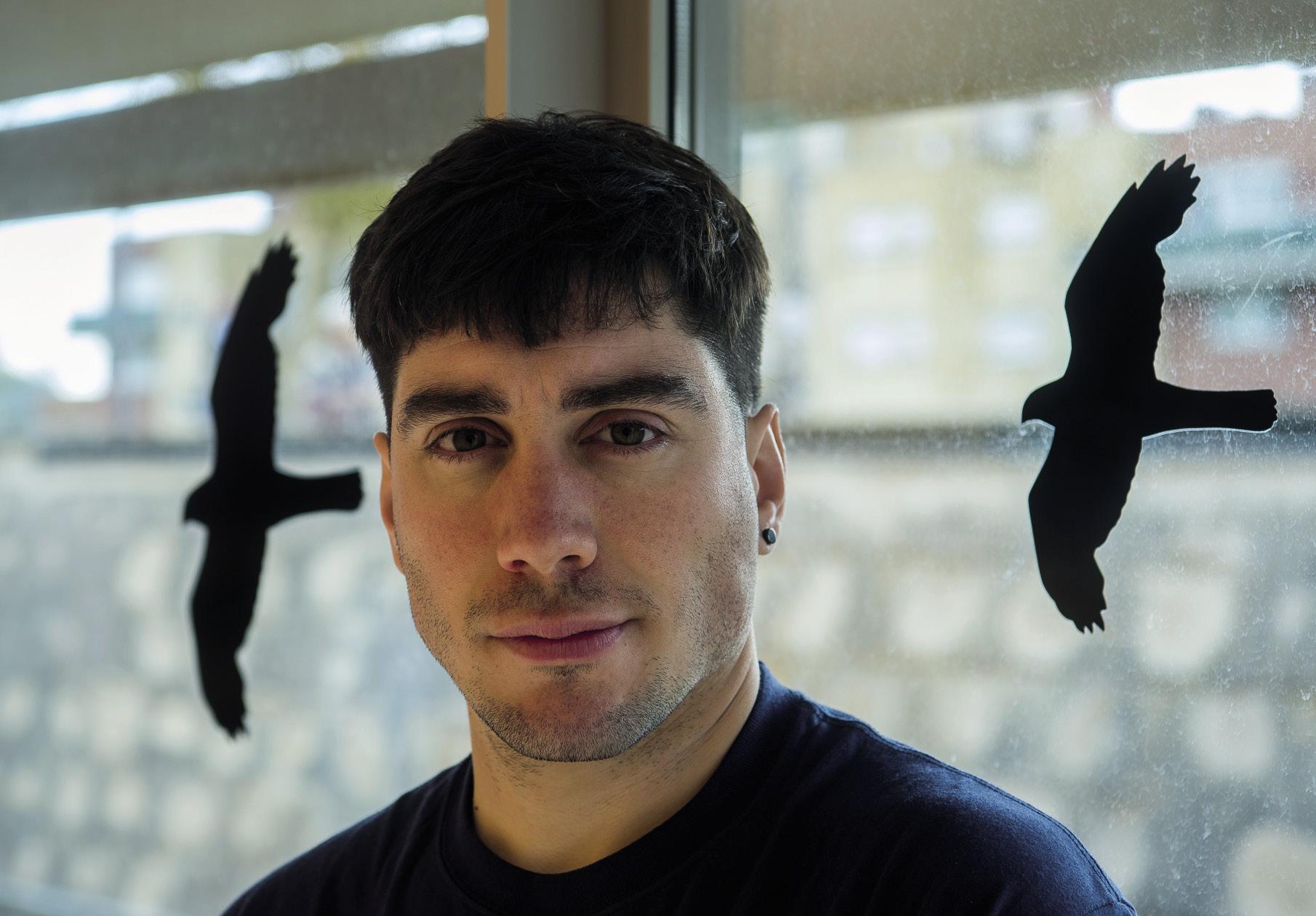 Ed. Luis Jauregialtzo/©Argazki press
You are a physicist at NASA and have worked in textile engineering, have collaborated with Basque cooks… Where?

Well, in fact, I started researching in Leioa in material physics. He worked with a positron technique. But in a moment, I wanted to test with cells that technique that until then was used for polymers and metals. I thought it could be useful to understand the progress of cancer and its structural properties. For this purpose I had to understand very well the structural properties of biological matter and made two stays in Oxford.

I also studied three-dimensional cell cultures. It was about forming bones to patients who have broken some bone: taking cells, creating three-dimensional structures and integrating them into the bone. For this, it is essential that the structural and mechanical properties of this structure are the same as those of bone so that food and oxygen can be well extended. I, as a physicist, understood very well those physical properties of the crop.

Then I went to Cambridge to delve into textile engineering and started using 3D bioprinters. In Europe, right now, there are 46,000 people waiting for transplants. Two in ten die waiting. Four out of ten, before five years after implantation. The creation of organs in the laboratory from cells of people who need a transplant can mean savings in the waiting time and avoid rejection.

And how did you get to NASA?

He knew the bones very well. We investigated embryos to understand how bone occurs. And they were very interested in NASA, because they had started designing missions to go to Mars. They were really concerned about the bones of astronauts.

In fact, the health of astronauts deteriorates greatly in space. Our body is designed to be on Earth. Outside the Earth we receive cosmic radiation, solar particles, and protons that cause many mutations. Microgravity also poses problems: blood pressure is modified and heart problems occur, the fluid in the brain is modified and density is lost in the bones and pores are created. They return with osteopenia and osteoporosis. They cannot circulate.

What will they do on Tuesday? Traveling to Mars and returning takes three years. Once there, they will be fragile and fragile, they will not be able to walk for a few days. This can endanger the mission. It is a problem to foresee for NASA.

What happens to the bones?

The osteoblasts present mechanosensitivity. For every step we take when walking they receive a mechanical input: seeing that the bone is being used, they understand that they have to form the bone. In space, however, by microgravity we cannot walk or receive that input. The osteoblasts stop forming the bone and the osteoclasts continue to eat the bone, breaking the balance and forming pores as in menopause.

What work do you do at NASA?

When I arrived at NASA they believed that every month astronauts lost 1% of bone mineral density, analyzing statistics. But I realized that these forecasts only served for the short journeys of astronauts, as a mission to the Moon. These data could not be extrapolated for a long journey to Mars and asked me to develop a new mathematical model. Talking to a doctor from Stanford told me that many patients in a coma suffer the same problem. Without this mechanical input, they lose mineral density in the bones and develop osteoporosis. However, they lose a maximum of 31%, then it stabilizes. Thus, I developed a model mixing NASA data with data from patients in a coma. We presented it in Houston, at the NASA and NASA Human Research Program gave me a prize. 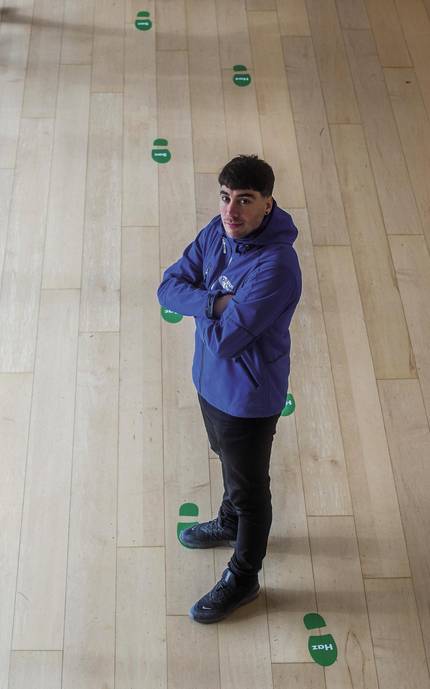 On the other hand, I also work with hydrogels at Stanford University. We used them in textile engineering and realized that injectable hydrogels could be used to treat broken bones, like an adhesive. This could serve to solve the bone fractures of astronauts. I also sent that idea to a NASA championship and came to the final.

You still have to do a lot of studies to send people to Mars in the 2040s, from a psychological point of view, to feeding (using hydroponics and aeroponics) and maintaining health. Living in spacecraft is difficult. Everything is recycled and the urine of astronauts. A machine collects the sweat and urine of astronauts, purifies and extracts clean water, which is used to drink. NASA investigates to reach Mars. The Chinese Space Agency is very strong and NASA wants to get ahead of the Chinese.

Why do we have to go humans to Mars?

I see two reasons: on the one hand, because on Mars there may be life or may have existed in the past. Water has been found, so the possibilities are growing. Perhaps we were of some trace of life of the universe, of a bacterium. This is the question to be solved.

On the other hand, suppose a nuclear war is ignited. Or imagine that an asteroid arrives on Earth and our planet is going to step down. What shall we do, let humanity be destroyed? There my question. The dinosaurs disappeared, why are we not going to disappear?

Our second best house is Mars. Look, perhaps we will need a century, but humans will put a stable platform on Mars, I'm sure. There are already robots working. Mars is the only planet in the Universe inhabited exclusively by robots. They are making photos, picking up rocks, recording sounds…

But have you ever reflected on the evolution of the human being if he lived on Mars for a long time?

How interesting! How would our body evolve under those conditions? The question is very good, but I would say that this exercise has not been done. Being the gravity of Mars a third of that of here, our bones would be very weak. It would also change the size of the heart. We should constantly protect ourselves from cosmic rays to avoid mutations in our body. And as in its atmosphere we cannot breathe, we need artificial devices. All this would affect our body.

In the NASA Department of Astrobiology they have not yet found life outside the Earth, but they do not stop looking for and imagining what it would be like. We should take these data into account to see how we would evolve outside of Earth. There is one clear thing: we have become like us in very concrete conditions, on our little planet. Our appearance and physiology could not be maintained in other conditions.

Are there other interests on Mars beyond scientific interest?

My opinion is sincerely that in society there are three types of powers; military, economic and soft power, soft power. In the latter, the US has imposed itself differently. Most of the film films we see are American, not Chinese. What do children learn? English, not Chinese. How do people go down the street? As in the US. The first time you travel to the United States, it seems that you are already there, which is also part of you. On the contrary, if you go to Beijing, you feel a great cultural shock. That's the soft power. The US space races were put on everyone's mouth when they sent the Moon to the first person. Now the goal is Mars. But Asia is very strong.

He has had the opportunity to know the European and American scientific systems. What differences do you observe between them?

The Anglo-Saxon model is very different from ours since funding. Companies that make money return money to the university. We have no patronage here and I think we would have to change that culture. The amount of money used by their universities is of another magnitude. 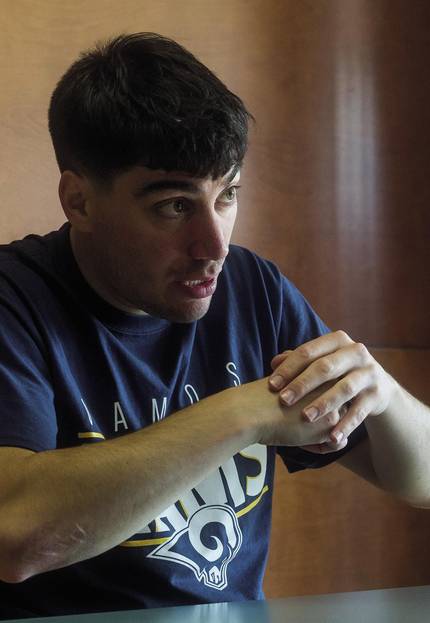 On the other hand, interdisciplinarity encourages joint work. I am a physicist, but I have had to learn biology, medicine… I have worked with people from all disciplines. And that's the most beautiful: introducing physics into medicine, introducing quantum in biology, into the kitchen of physics… Today, what is not working on a multidisciplinary team, is totally delayed.

In the US, moreover, some scientists are stars. Here, do people know scientists? Etxenike, perhaps, but who knows Arkaitz Carracedo? No one. There, young scientists are famous, the stars. They turn science into Hollywood. We give it a very high level because we are like this, but young people are not attracted like this. In Euskal Herria science is boring.

Do you see any disadvantage to the scientific system?

Yes, of course. Education is not free. I went to the public school of Barakaldo and have had scholarships throughout my life. If instead of being born in Barakaldo (Basque Country), he had been born in a Barakaldo from the US, he could not have studied. I would not arrive where I have arrived. From here I want to thank the opportunity that has given me, because it is not only the result of the effort of the person, but also of society.

Now, in the US, they have begun to support disadvantaged groups (Latinos, Blacks, etc. ). They have some scholarship. Because they've realized they don't know who the idea of getting a cancer vaccine can be to! Perhaps in a poor neighborhood of Otxarkoaga is the one that has capacity for it. We can't let that capacity lose.

Of course, as a musician you use creativity, but do you have the opportunity to express it in science?

Yes, of course. In the US, creativity is very powerful. You can touch any door saying “I have an idea” and open the door. But here, if you say “I have an idea”, they answer you to return tomorrow. We are not willing to change things. There yes. They are very dynamic, very static here.

Do you remember any moment of inspiration in science?

Yes. When I started doing the thesis, it was only the science of materials: metals, polymers, etc. But one day he clicked on the background; I saw clearly that the technique of positrons he used could also be applied in a cell. Excited, I called a friend biologist, Ainara Castellanos Rubio, who was on the move. We had the most important interview of my life! I told him in the joke: “I finish with my positrones your cells. What size does a cell have? What would happen…?” I have not slept that night. I spent reading scientific articles. “Yes, you can apply, you can apply…” I was in mind, and that idea became my first scientific article.

Do you think that creativity is valued within science?

Creativity is necessary to take real steps in science. You can be a good scientist without creativity, but never brilliant. People have ideas, but creativity must be fostered from above. It is essential that professors and thesis directors of the university promote the creativity of their students.

And there's another thing: the best ideas are explained by working many disciplines together. That friend was a biologist, I was a physicist. It would be impossible to make this contribution in a single discipline.