Studies with animals, with stem cells, genetic studies and their applications in agriculture, livestock or human health... The ethical aspects of this type of topic have generated in recent years an intense debate to which the researcher Kate Millar tries to answer. Passionate but sweet, and without losing his smile, he talks about his work. 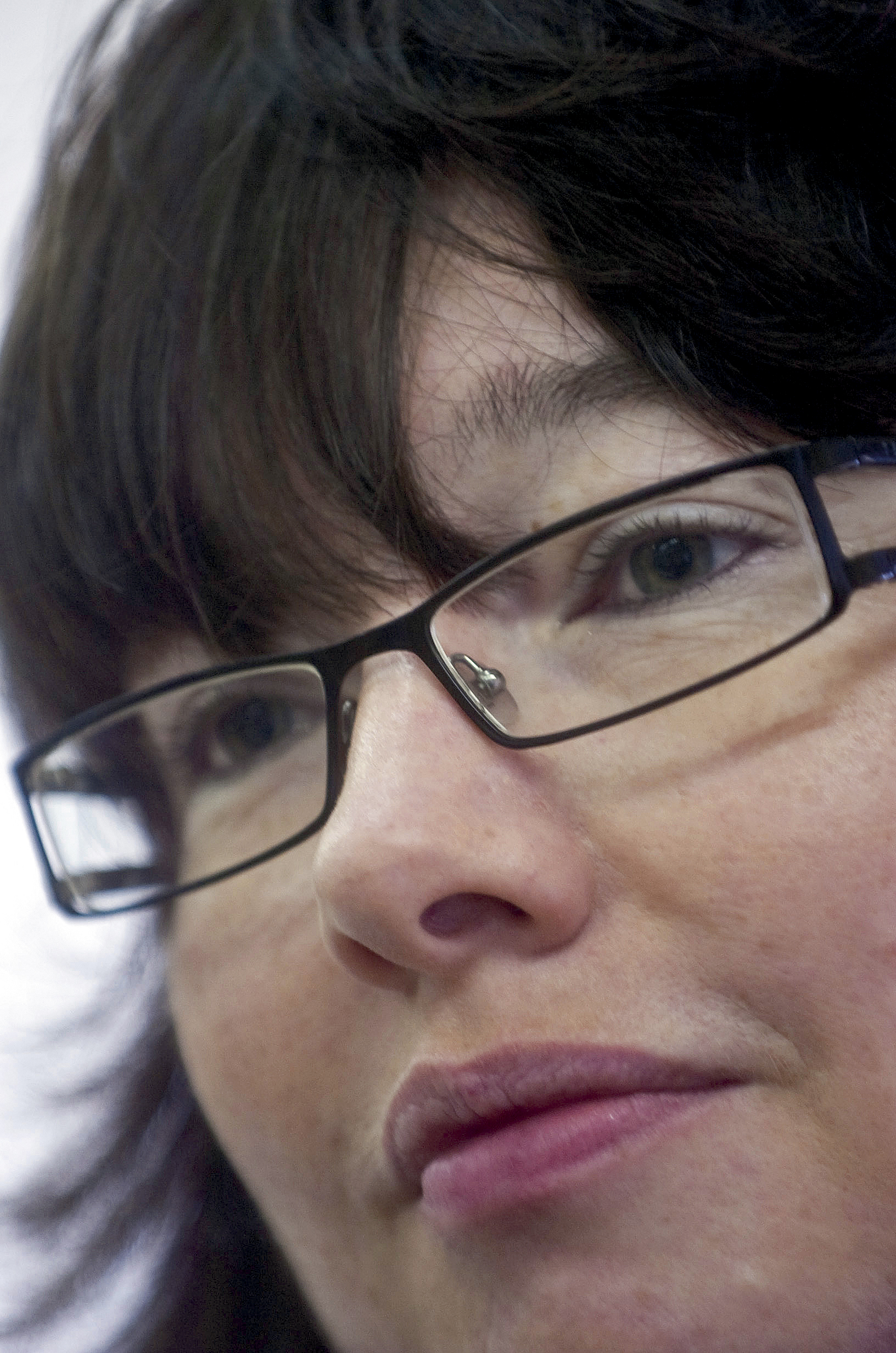 ED. : Luis Jauregialtzo/Argazki Press - Ed. Luis Jauregialtzo/Argazki Press
Kate Millar: "It is very important for me to take into account the ethical aspect from the beginning in research"
01/01/2010 | Galarraga Aiestaran, Ana | Elhuyar Zientzia Komunikazioa
You are director of the Centre for Applied Bioethics (CAB) at the University of Nottingham. What is the centre responsible for?

If you don't care, the first thing I want is to mention the background, because I think they are important. The center began to work in 1993 and Britain was one of the first to deal with agri-food products and this kind of issues. It was very different from other centers responsible for ethics that focused on human issues.

I took the direction of the center three years ago and worked mainly on topics related to the use of animals: experiments with animals, breeding of animals for human consumption, xenotransplantes... We are creating tools to help scientists and politicians explore their ethical aspect. In fact, we have special interest in social and political actors, our goal is to establish frameworks that help those who develop rules to make decisions.

He has mentioned many fields. Could you give us any example?

Of course. For example, we analyzed biofuels in collaboration with the National Biofuel Centre (British Biofuel Centre). This work is sponsored by BBSRC (The Biotechnology and Biological Sciences Research Council, Research Committee on Biotechnology and Biological Science) for five years. These investigations are of great importance today, since they are being developed with biofuels of second generation, obtained from biomass, and it is necessary to guarantee the quality of the investigations. From that we take care of ourselves. In addition, we have relationship with different European groups and the work that is done in our center is also useful for them.

Another example: the European Union supports and participates in a series of research that uses dogs as models of complex diseases.

That is. In some researches breed dogs to use them as an example of human diseases: epilepsy, heart diseases... For example, we have a collaboration in Barcelona, where the genetic characteristics of these diseases are being investigated in dogs; if the genetic characteristics associated with these diseases are identified in them, human beings will also be better understood.

Our task is to study and care for the ethical part of this type of research, that is, to help make decisions in raising these dogs so that they do not suffer any inevitable damage.

In addition to the well-being of laboratory dogs, you are also worried about those of home dogs, right?

Yes, because this topic is very important in Britain. And it is that veterinarians are very worried because many dogs have serious diseases related to the bad habit of life. For example, 25% of dogs are obese. And in the human population the data is similar, around 27%, and is growing.

Thus, in collaboration with veterinary faculties and sociologists, we analyzed the influence of factors related to obesity, such as feeding, physical exercise, or the possibility of walking through open spaces. We also interviewed the owners of obese and non-obese dogs.

Is obesity related in people and dogs?

We still do not know, but we are studying the relationship between dog owners and dogs to know if there is any relationship. It is a sociological study, but it also has an ethical problem: how the owner understands responsibility, so it acts. It is fed with the responsibility it feels, helps to exercise or maintains a relationship with the veterinarian. And all this influences the welfare of the dog. Once we have the results of the research, I command you.

Thank you. By the way, do you have dogs? 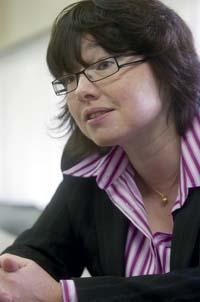 No, no (laughing). I can't, for work and... But I love them a lot and I had a little girl, Biffy. It was a mongrel between a long hair collie and a labrador.

However, returning to research, it is especially important for me that our center is in the Faculty of Life Sciences and not in Social Sciences. This facilitates scientists to know the problems of social issues and that sociologists have close proximity to scientists and their methodology. In addition, it helps scientists to take into account the ethical aspects at the beginning of research and not after research. And I think that's very important.

Great, I like to talk about it. It is an ethical framework developed by us to help politicians and scientists make decisions. For example, think you're a researcher and intend to create a transgenic animal to produce a healing protein in that animal's milk. Ethical Matrix is designed to help explore the ethical issues of this research (animal welfare, aspects related to justice...) in order to take into account all the groups affected by the research and, finally, help decision-making.

Somehow, the matrix is a map of all ethical issues. In fact, it was created in our center for local researchers. But it has a long history that has been improving and evolving, and is now useful not only for researchers, but also for people from many other fields.

On the simplest level it resembles a checklist. But it can also be used at a more sophisticated level to look for concrete risks or create regulations. For example, they are being used by the British Research Commissions, and also by international organizations: FAO has used the ethical issues related to aquaculture and the Norwegian Ethical Committees, together with the Norwegian fishing industry.

It can be used by anyone. Imagine that a politician should organize a debate on the benefits and risks that applications of nanotechnology can pose. The matrix will be of great utility to structure the debate, so that groups of different interest (researchers, industry, health experts, legislators, consumers) meet and can debate on these issues interactively.

As for the debate, in Britain, researchers who experiment with animals have problems with extreme groups in favor of animal rights. What do you think about it?

It is a question that comes from a long time ago and is still fashionable in Britain. In fact, five years ago, the government of Tony Blair published a document to protect researchers who use animals within the law of extremists "Animal welfare-Human Rights: protecting people from animal rights estremists".

It is a gross account because there are entrepreneurs who break the law. I think it is necessary to protect scientists from people who carry out illegal actions. And not only scientists, but all citizens. The truth is that I can't give you data, but I think that since that protection law came out to people there have been fewer attacks.

Our mission is to bring together teams with a very different ethical point of view and, precisely, my colleague, Dr. Pru Hobson-West, has done a very interesting sociological work in this regard. He has interviewed scientists who investigate with animals and extreme entrepreneurs. This allows us to better understand what the ethical issues of the subject are and why extreme positions are generated.

In any case, the debate on the welfare of animals in Britain, addressed in a wide range of topics (laboratory animals, company animals, human consumption animals...), has been a long way, and despite the best existing regulations, we continue to work on this topic.

"At the Eursafers congress we will talk about the issues that provoke debate"
Kate Millar is a member of the Eursafe management team. The congress of this year's Association will take place in Bilbao, in September, and has met with the organizers, Leire Escajedo and Aitziber Emaldi, of the Chair of Law and Human Genome.
IX Eursaferen. has come to Bilbao on the occasion of the congress. What is Eursafe?
In fact, Eursafe is a European association on agricultural and food ethics. It was created to bring together not only researchers, but also individuals and groups that may have to do with the ethical side of food production and agriculture, such as producers, politicians, non-governmental organizations... It is, therefore, a very plural association that brings together people with totally different views.
The Association aims to be the meeting point of all of them, and we also give great importance to education, specifically to the work of ethics in biosciences.

Organizers of this year's Eursafe Congress, together with last year's. From left to right, Aitziber Emaldi, Leire Escajedo, Matthias Kaiser, Franck Meijboom and Kate Millar. Ed. : Luis Jauregialtzo/ARGAZKI PRESS.
With this objective you organize congresses. Do you have more initiatives?
Yes, we publish a magazine and hang it on the Internet (www.eursafe.org) for anyone who wants to get it.
However, congresses have a great weight. The association has ten years and will be the first congress of the next ten years. We will talk about topics of interest and social debate: transgenic, ecological agriculture, food security, sustainability, biofuels, animal welfare, biological diversity, importing countries and exporters… All information is available at www.eursafe2010.es.
I think it's a good time to debate these issues, everything is changing -- activities, environment, legislation -- and, therefore, it's the perfect time to move forward. I also consider that the contribution of the Bilbao team is really important.
Galarraga de Aiestaran, Ana
Services Services Services
Others
2010 2010 2010 2010 2010 2010
1.
020 020 020
Dialogues; Ethics; Veterinary; Agriculture
Interview with Laura Holgado Interview of Interview
24 hours 24 hours 24 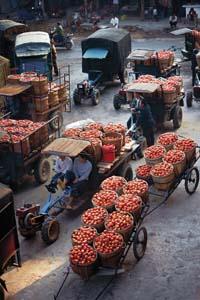