“Critical thinking is the ability to question our beliefs”

The thinkers assure that the XXI is a critical thought. The most important human ability of the twentieth century. This society of the excess of information facilitates the access to the bushes and false information and, if not very critical, it makes us easy to manipulate. Critical thinking is a feature of freedom. The philosopher of the UPV, Agustín Arrieta, has given us the key to developing this capacity: to be willing to put aside our beliefs. 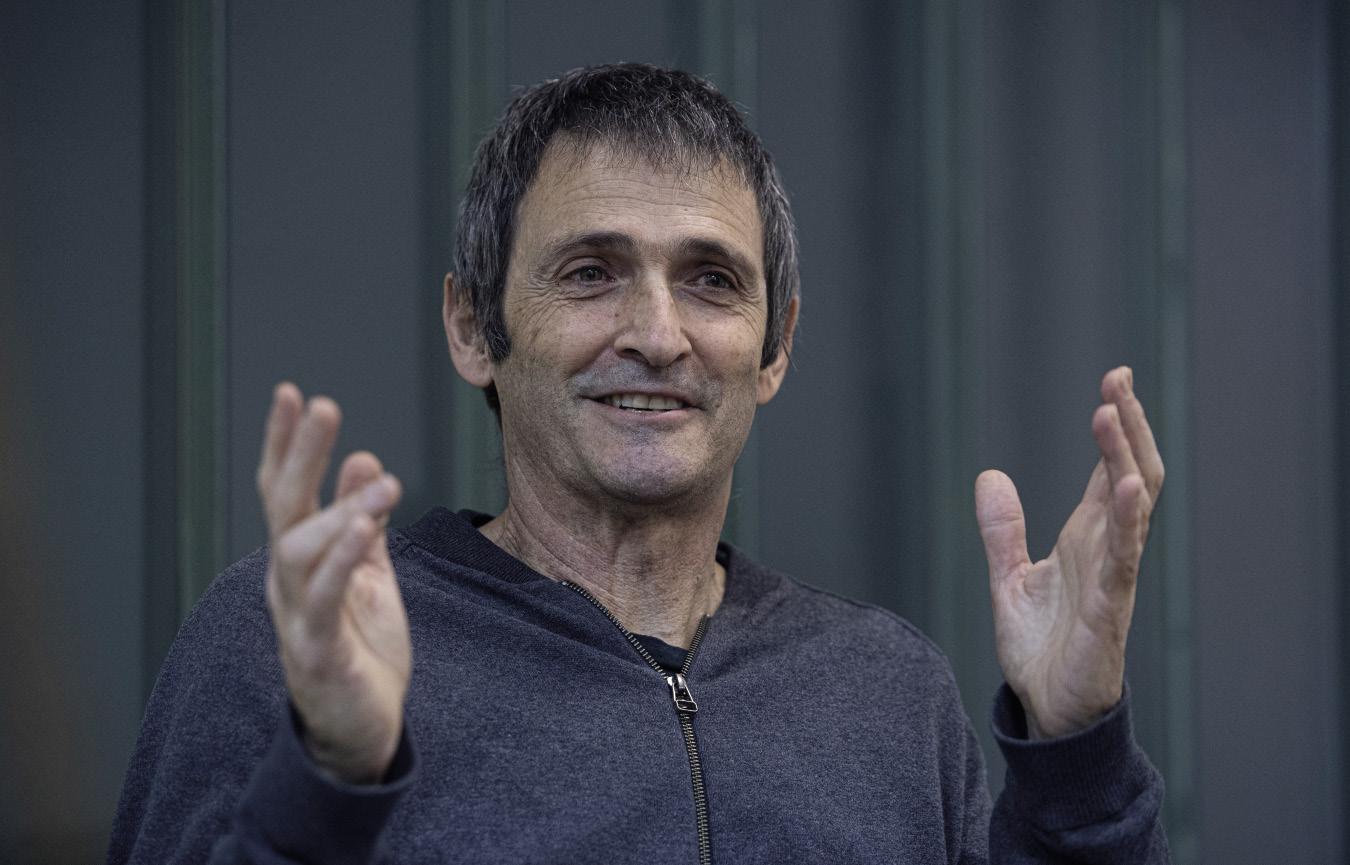 Ed. Jagoba Manterola/©ENFOCA
Lately, there has been a phenomenon of scrub. Is it new?

They have always been too pseudo,they are not something new. They appeared in the US, with great strength, between 1970 and 80, when there were great changes in the media. Now something new is happening, but above all it is new in size.

It is something that has brought social networks and the current journalistic model. We are constantly connected on the mobile and everything is “I like it”. On the mobile we don't stop spending news — like, like, like, like, like — there is a selection of news that finally decides what news will happen to the front line. The news is spread all over the world without any kind of control. The criterion used for the acceptance of the news is not the investigation or verification carried out.

And what is too false?

I would say it is to underestimate some values: objectivity, impartiality, neutrality, attention to evidence... That is, to underestimate the epistemic values associated with knowledge. The figure of the booklet appears, which is the capacity of a person to build speeches with skill, but without adhering to those values. This kind of contempt has become a fashion. The liar is misseen, but I do not know if that other is so badly seen. I'm not so sure.

For example, when large fires have occurred in Oregon and California, a climate denier, owner of an oil company, was burned down. He went out in the media saying that the fire spread because of the trees and that the trees must be removed. Very Trumpista.

Losing objectivity and respect for epistemic values is very dangerous. Hannah Arendt said it very clearly when she investigated Nazism and totalitarianism: it is the door to manipulation and totalitarianism, when it comes from the hand of conformism.

What strategy do they use for people to believe things?

Many times they tend to touch the emotions (fears, worries, desires…), in which people focus. Before we had to see what they put on the TV, but today everyone is looking for the source of information he wants and chooses what he wants to hear. By hearing only what he wants to hear, he constantly nourishes his opinions and with it his fears. And behind there is a competent person who has identified what people want to hear about a topic.

At the time we touch our fears, are we capable of having a critical thought? 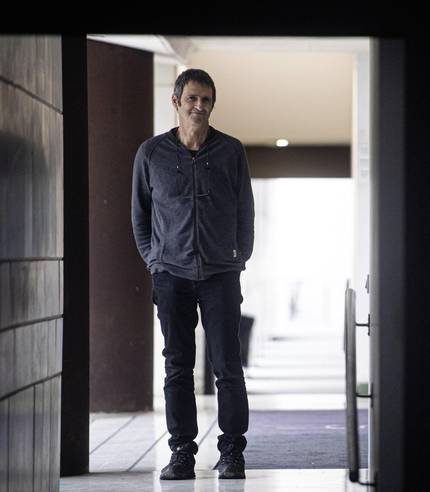 It is not easy and no one is free from this danger. But we have to vindicate it: don't be comfortable with your fears, desires, feelings, emotions. That is precisely the critical attitude. But it is uncomfortable because it requires an effort. The most comfortable thing is to feed over and over again what you believe and feel.

What basic capacities do people have to develop critical thinking?

The most important thing is the behavior of almost a child. Surprise, ask yourself constantly… That capacity is important. Many times the most comfortable thing is not to ask questions, especially if what you hear coincides with your beliefs. It is more comfortable to ignore.

That is why I would say that it is essential to work the ability to ask rigorous questions at every moment and in every context. I know in a scientific context, in the current pandemic, for example, or in any. I am still in a state of shock for the pandemic. I look for appropriate questions that give me critical access. Bertrand Russel said it many times about philosophy: the important thing is not what answers it gives, but what questions it asks. And in everyday life, the same.

It tends to relate critical thinking to rationality and the ability to analyze, but are emotional skills also important?

Yes, no doubt. Critical thinking is not only rigorous in terms of capacity for analysis. That's very important, but it's just an aspect. You have to know well your fears, prejudices, emotions… In many times rationality has been primed, but there is an imbalance. I have clear that the most fruitful critique is that which arises from the balance between both worlds, that is, between rational and emotional capacities.

What's more, to be critical you have to value the present and imagine a future. That is, you have to make criticism with the aim of changing the situation, thinking about a better future, for the benefit of all. And there you have to put some values on the table. If not, you can do a very thorough analysis of a situation, but it will not have the capacity to change the situation, removing the bad and replacing it with something good. To have that capacity of movement you have to manage your emotions and feelings very well. Values are related to feelings.

There are very rationalist thinkers who think that things must be valued in a rational way. I don't agree with that. For example, Kant was a great thinker, but he lived in paralysis because he was too rationalist. His thought had no capacity to change things, he lacked that emotionally sentimental aspect linked to values. It is very important to relate it to criticality.

Yes, yes. Many times I ask myself: Why is it investigated about this and not about another? Why are the most deadly diseases not investigated? Because they are in the third world. It is clear that the means of investigation are chosen by people, according to their interests, desires and business. If we want to create a better world, then we're not going well. In Cuba, for example, priority was given to medicine. There the decision was made to prioritize health.

And the same with respect to applications, why are applications driven and not others? The menu is very wide, but some have been selected. Right now we live in a technological society. Do we realize it? Technology is embedded in our soul, in our social relations. And we believe that this technological society is a natural phenomenon, which has come to us as earthquakes come and that we can do nothing. And it is not so. This hypertechnological society is not born miraculously, but by the hand of science. And science is a human phenomenon, not a natural phenomenon. Who has decided all this? These decisions have been taken, put in place by someone. Who?

In what affects our day to day, we have not had a chance to decide. There has been a great error in the procedure. This has caused a lot of pain. I see it among young people; they relate science to power and capitalism. It is hooked on the capitalist system and its liberation is not easy. There is a question that we must answer: Where are we going?

In this it is clearly seen how the prejudices and interests of people influence. But there is another more problematic point. For example, what happened in primatology: only men investigated and, looking at the social organization of the primates, believed that there was an alpha male and that all the others depended on it. In addition, their conclusions extended to the human being: that females depended on males was natural. However, in the 1970s, women entered primatology. They went to the jungles and saw something else. Other hypotheses were placed on the table, which, it seems, explained better the world of primates. In many disciplines there are examples of this type.

There is much debate: some have turned to one extreme saying there is a male science and a female science. I understand it differently: we must democratize science, not only in the case of women, but also in the case of black women, etc. Everyone has to have the opportunity to dedicate themselves to science. Not only because from a social point of view it was unjust, but because from a scientific point of view we also had a problem.

And what prejudices does society itself have about science?

They think that scientists feel ownership of absolute truth and that society can't say anything. This image is very widespread, but it is erroneous. I do not know any scientist who claims it. There will be some who are equally businessmen, but in general the scientist who is in the laboratory, taking notes, resolving doubts…, I do not think he feels at all owner of the absolute truth.

In my opinion, being a disfigured photograph of science, the criticisms made about it are also erroneous. Sometimes I see an aggressive attitude, they see science as an enemy. Society has to be a more realistic photograph of science and then give it wood. Otherwise, we will not channel criticism well. Only then can one claim the need for democratization, or denounce its complicity with the capitalist system… I would like a science in which research is focused on improving everyone. And that is what drives criticism of science.

During the pandemic, have people lost or gained confidence in science?

I think people have put hope in science. It seems that the vaccine will bring us salvation. Superhope? In any case, it is a new phenomenon. Science has passed to the first line. At the other end there is science that has been found guilty of this disaster. They are not many, but they have an aggressive attitude towards science. Therefore, there are many contradictory images.

But there is one thing I liked, although many people have made a negative reading: it has been seen, quite transparent, what is the functioning of science. Before many people thought that science was a totally solid activity and of great certainty. But no, it has been proven that there are debates and collisions between epidemiologists, doubts, insecurity… In this sense, what has been revealed has been very interesting. Look, this is science.

This can help to change the image of science, to break that strong and hard image that until now was transmitted in the media. It is very important to give a realistic picture about science, show its weaknesses and give a humble image; otherwise, criticism becomes very hard against what has a hard appearance. 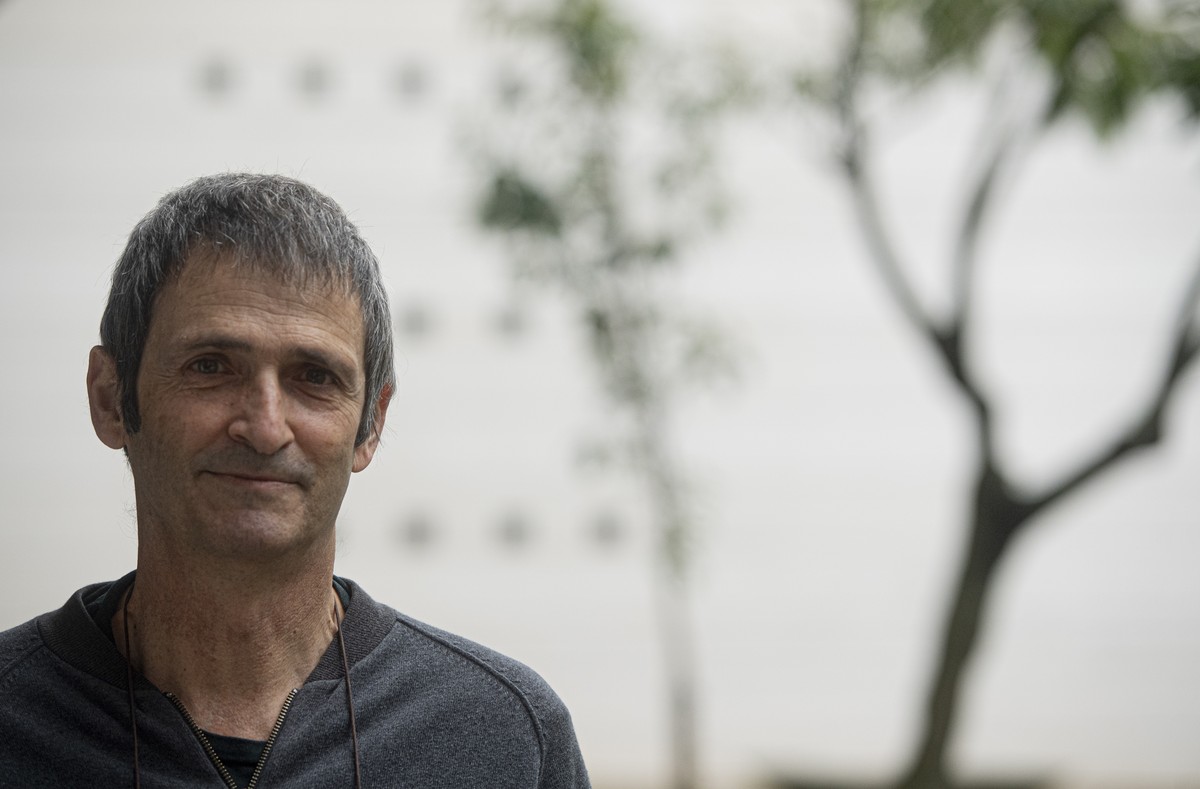 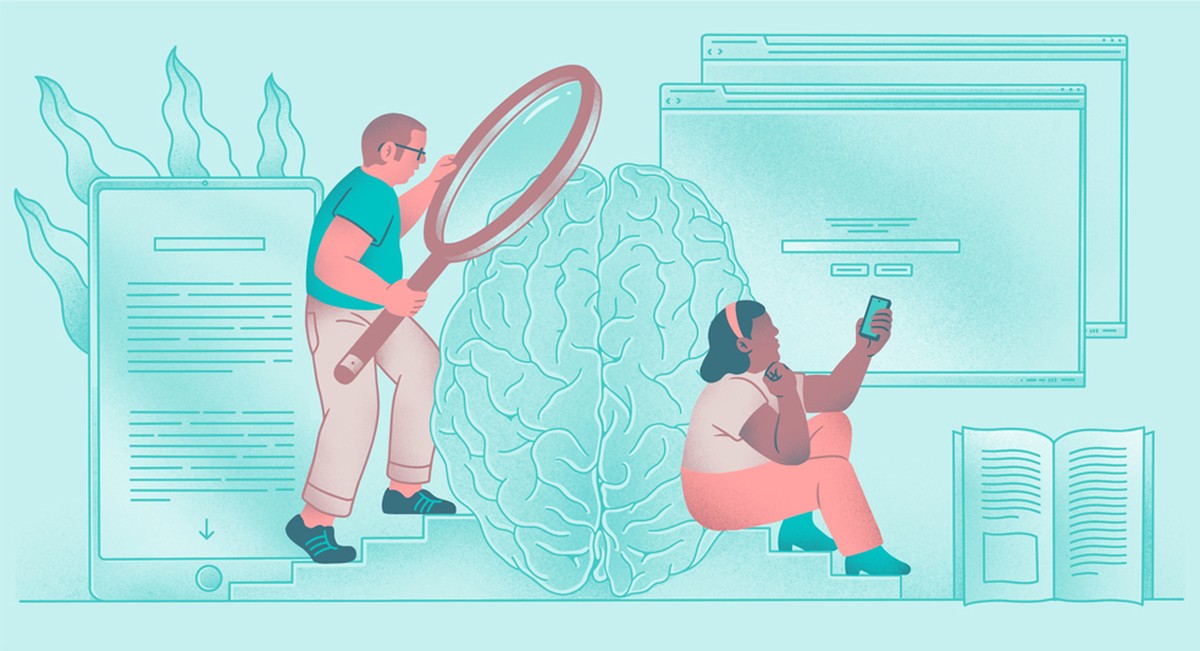 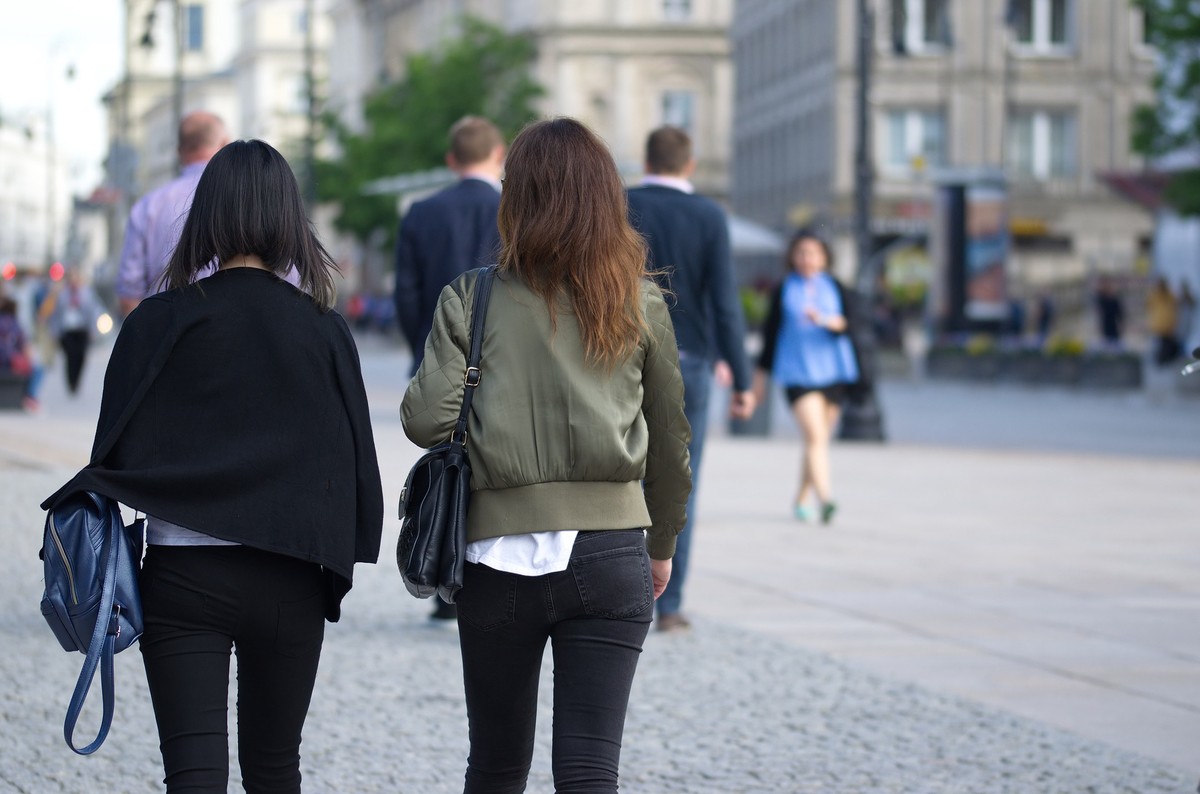