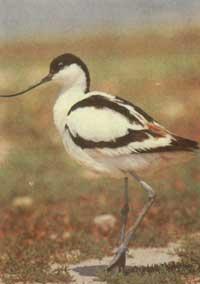 In Elhuyar- Egunkaria the word Natural Park has been mentioned. What is the actual level of protection?

J.J. Otamendi.- The first point I have to clarify is: That the Gernika estuary is not a natural park. We have made a special law for Gernika, because the four figures protecting state legislation are not suitable for the case of Gernika. Therefore, we have developed a custom designed law, based on previous studies.

Lh.- What support does this law offer?

Through this law, the administrative space comprising the Oka river basin and the coast between the Matxitxako and Ogoño capes is ordered. The areas of special protection in this territory are defined (the coast, including the island of Izaro, part of the basin of tidal influence and holm oaks).

Numerous species of birds have in the estuary of Gernika a unique place of residence or rest. Garceta. (Photo: Information ).

This law defines what can be done in these areas. We have not meant what is forbidden, provided that something can escape us. The uses that can be given to these areas have been indicated.

Lh.- What kind of actions will be approved?

J.J.O.- In the case of the region, for example, recreational vehicles that do not require a license will be admitted. For example, fishing needs a special license and you will have to get it, in special conditions, if you want to fish. Dredgings will be admitted, although in principle it seems not.

The economic development of the population of Gernikaldea and the protection to be given to the estuary must be coherent. Railway between Gernika and Sukarrieta. (Photo: Information ).

We want the work done by the current shipyards to be maintained. If dredging is not accepted for this purpose, shipyards should be closed. These dredgings will require specific authorization. Only the bottom of the channel can be dragged and in addition the extracted material cannot be deposited anywhere, since it is the greatest damage caused by dredgings carried out to date.

Elh.- In any case, the ton of boats should be limited...

J.J.O.- Ton without limit. However, motor boats have been set to ride in several areas. However, such problems should be discussed later. What we have wanted to do has been to stop the most harmful actions for Rioja, fillings and constructions. On the other hand, the only permitted action in holm oaks will be the entresaca, the entresaca, which aims to maintain the forests.

For me, another very positive aspect of the law is that the uses are defined and unalterable. For example, knowing that you have to get this law out, if a wrapper holder burns his apartment (hoping it will then redefine his level of protection and change the pine), he will have a big surprise. There will be no redefinition and this section will always be considered as protected wrapping. The wrapper would be lost, but the cause of the damage could not then take advantage. This aims to avoid the picaresque.

Elh.- How can this law affect Gernika?

J.J.O.- Well, in the development of the Law that has been one of our concerns. Therefore, a socio-economic development plan will be developed for the second phase. In fact, its inhabitants currently have a number of economic possibilities that we cannot miss. For example, a landowner cannot build from the vest, even if it has a plot of 25,000 m 2, and could do so in Euskal Herria anywhere else with the law in hand. A solution must be given to the local population.

An economic development compatible with protection measures must be proposed to the public. Agriculture, agriculture and eco-tourism can be the solution. We have drawn up the draft and outline of a usage plan, but we have not wanted to publish it along with the law. We must promote the development of tourism because we believe it can be a tool of protection. This requires the participation of people for approval.

Elh.- I think the law will also propose sanctions.

J.J.O.- Of course, the law has a section for the sanction. On the one hand, our Councils and Agriculture may sanction and the Government Governing Council will impose fines of more than 10,000,000 pesetas. However, the limit is 50,000,000 million. Sanctions are cumulative. He thinks someone makes a filling and starts building a house. The fine will be imposed on the builder, the owner of the plot and the employee or municipal political office that has accepted the license. In addition, the fine will not be distributed among all, all will have to pay. On the other hand, the injured person is obliged to leave the place in the situation in which he was.

Elh.- What other aspects of interest does this new law pose?

J.J.O.- Well, a patronage is created. This Board cannot decide. It will be a consultative body so that people and entities of different origin have room in the development of the estuary.

J. J. Otamendi also told us many other interesting things like the future plans of his department. We will leave it for another time, because the Gernika estuary was our goal. However, we would like to thank you for the warm welcome that Juan José Otamendi offered us before the end of the event. 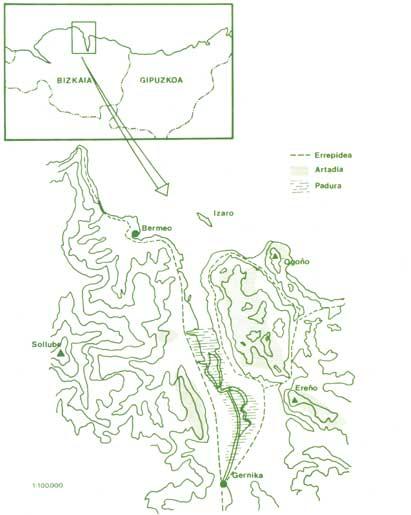