Climate change and insufficient biodiversity loss and the zoonosis of covid-19 have shown that environmental degradation of anthropological origin can endanger human health itself. María José Sanz Sánchez is clear that many of the human diseases are caused by our lifestyle and invites us to question the current consumer life with a simple question: What does a person need to feel really good, be healthy, enjoy life? 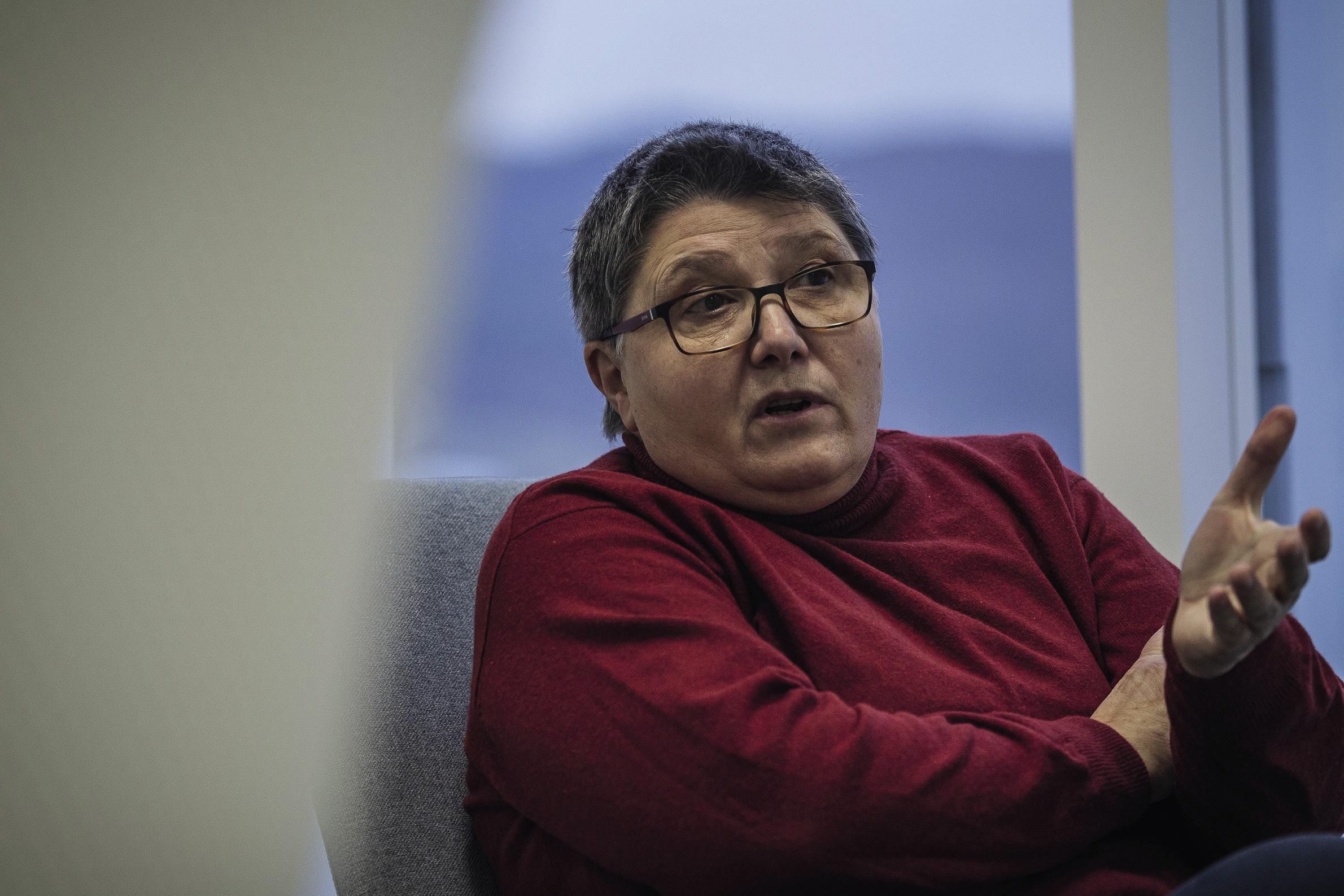 Ed. Aritz Loiola
It has sought biomedical solutions to the covid-19 crisis, but experts say that this crisis is not a simple pandemic. They have defined it as a syndemic, as several diseases come together and interact. What do you think?

This pandemic is just one more element of a more general crisis. It would not have such an effect if we had not been at this critical point of the general crisis. Among other things, our lifestyle has conditioned all this. The current development system has put enormous pressure on natural ecosystems. What happens? That as we have invaded and exploited previously isolated or protected ecosystems, we have exposed ourselves to new pathogens for our species. We have come under the influence of these new bacteria and viruses.

But we are also facing another problem with ecosystem degradation. These ecosystems are our support, from which we get everything we need to survive: water, food, raw materials, oxygen... And as a consequence of the degradation, they no longer give us the ecosystem services that previously provided us. We are less and less able to support ourselves. Now we have realized that this is a big problem and that without the support of these ecosystems we will soon have serious social and survival problems.

This zoonotic crisis of COVID-19 has not been accidental; scientists have been warning for many years that climate change and ecosystem degradation could cause. Some have pointed to politicians because they have not taken effective action against climate change.

Yes, but it is easy to blame others. We are all responsible because we have not known in what direction our development is taking. We have thought that we are an all-powerful species, with remedy for everything, that we can get a biotechnology that shields our health, and that has made us vulnerable. We are a more vulnerable species than we think, because we do not see what dangers we are generating and we have them up to the extremes.

Many diseases have been caused by our lifestyle: most cardiovascular diseases are driven by diets of the last 30 years; many respiratory diseases are caused by deterioration and air quality pollution as a result of our development model, mobility and energy. I think we have to put aside that feeling of intangibility, stop thinking that our capacity for technological development will solve everything.

Is science responsible for not yet resolving this environmental crisis?

Yes, of course. The first to reflect are scientists, because we have not been able to work collectively. We do not know before that these problems are very complex and if we do not work together we will not solve them.

The sciences are very divided. And so, it is difficult for different disciplines to understand each other to solve the same problem, such as economics, ecology, mathematics or social sciences. This break must be broken. It is important for scientists to know each other because they have a mentality conditioned by their discipline. Everyone believes that the most important thing is their discipline.

We have very complex problems and we need everyone's knowledge to solve them. We have to be sincere and humble to recognize it. There is no better science, all knowledge is worth. I like to talk more about knowledge than science. 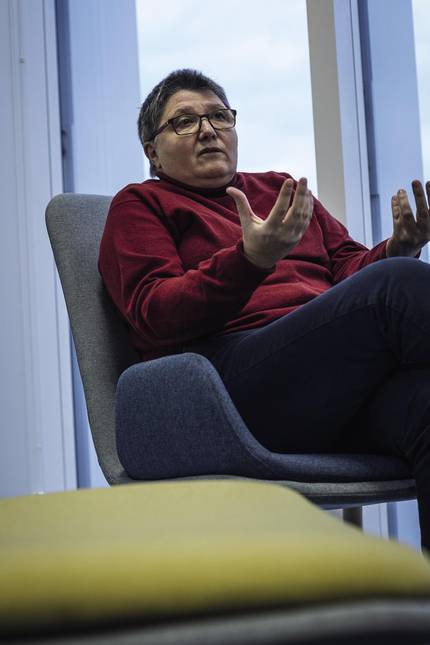 Ed. Aritz Loiola
In his day he abandoned science. Why?

I am an ecophysiologist studying the carbon cycle and the influence of air pollution. On the issue of climate change, when the Kyoto Protocol was put on the table, it was observed that natural carbon sinks could be a way to mitigate climate change, as it looked very expensive to reduce emissions in the fossil fuel sector, etc. I calculated carbon flows in ecosystems and asked for advice.

At that convention I realized that we did not understand, that scientists and politicians speak totally different languages. The scientist believes that his knowledge will provide the best solution and that what he thinks is immovable, but he does not know in what situation should be put in place and does not know what obstacles are in the way, especially if only by his knowledge is fixed on the problem. So I decided to study the subject from other points of view and went to the United Nations. I worked on the United Nations Convention on Climate Change, in the midst of discussions. I saw that negotiations are very complex systems and that people are the main part of the problem: our behavior, our culture, our thinking and our history condition us in addressing these problems.

For example, in international negotiations, the behavior of a person from the Eastern countries has nothing to do with the behavior of an Anglo-Saxon, which conditions his misunderstanding. Fictitious debates arise for disrespect or for not understanding the other person's cultural conditions. This has a great weight in the negotiations. If we want to reach an agreement, at least, we must be able to assimilate what the other says constructively, rather than oppose.

Sometimes people say: “They have achieved nothing at the convention.” Well, perhaps understanding and achieving a small consensus is a big step, as it is the beginning of something that can evolve later.

You know first-hand science, conventions, politicians, cooperation agencies... With this knowledge acquired, what do you think are the keys to advancing this environmental crisis?

I think we already have knowledge, but we have to understand that the problems we face are very complex. This crisis will change something, but it is not good to go too fast, to propose simplistic solutions in complex contexts can lead us not to be effective in solutions. You have to spend time looking for comprehensive solutions. Better to do it right than to do it fast and wrong.

And money doesn't fix everything, that's another great lesson I've had in life. Repair for more money on a table will not be obligatory. Money is a way of reparation; technology is another; but we have to have more components for the solution to advance: social transformation is the third essential element. A technological solution is of no use if there is no social transformation behind it, which helps to assume that change. It will only serve to open social cracks to increase inequalities.

I would ask politicians to think long-term, not to limit themselves in the short term. On the other hand, partisan perspectives are inclusive, as the whole of society is responsible for them. If every time we change government we begin to change course, we will solve nothing. There are things that are essential and necessary and must be kept in time for change to occur, so they must be outside the partisan. If they could agree on these fundamental things and involve the social collective more, because many of them come from social problems, everything would be better.

So far it has been seen as something that increases our social level traveling, having two houses, going to buy without stopping, consuming luxuries at the expense of the planet. Is facing this crisis not an important cultural change? 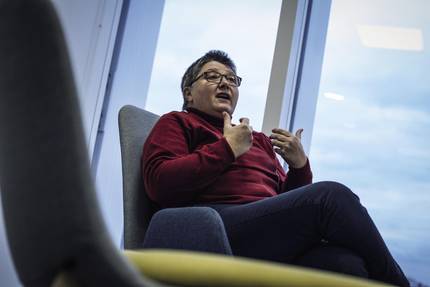 As individuals we must reflect on what really makes us happy. We are causing diseases: new health problems, mental illnesses, new addictions... It is important to reflect on what I want, what makes me happy.

I think we begin to be ashamed of our savage consumerism. What happens is that we want to change things, without real changes in our customs. That is, we want to keep picking up the car anytime, for everyone, but we are willing to do it with an electric car. Do we really believe it is the only change we need?

Do you see social resistance to free the privileges of today's life?

Of course! But this is because we believe they are privileges. This is what I say: are they really privileges?

I grew up in a barracks in Valencia, in a mud and straw building. In that barracks nothing was wasted that we or the animals could eat. No garbage was generated. And I never thought that now I live better than then, that there I lacked anything. In any case, the only sense of lack is that I would prefer to have better education. But nothing else.

The question is: What do you need to feel good, be healthy, enjoy life? We need to recover value systems more linked to our real well-being.

Finally, how will the end of Trump's stage, Brexit and the strength that China is taking affect?

China has been gaining strength for some time. It has its tentacles introduced in all developing countries for the extraction of raw materials. Now many things are in their hands. If you see opportunities for niches of economic growth towards sustainability in some sector, you will move forward.

I don't know what to say about Brexit. The biggest problem is that it reflects the lack of cohesion we have in Europe. The rise of the European Union generated many tensions, became too fast and the countries of the East did not integrate well into the community. In recent times the Commission argues that Europe can and should make a transition to a “green” model, rather than other regions, because this will return our leadership. But there is no unity to protect a transition.

And the US of these four years has been like a science fiction novel. It is a sign that society is polarized. Sometimes, someone can bring out all that divergence, what was buried, that abandonment of a part of the population and capitalise it on a populist movement. People follow these kinds of speeches because it is the only way to say: “Hey, you’ve forgotten me and I’m here.” So I say I would ask politicians to be inclusive. They have to take care of everyone. 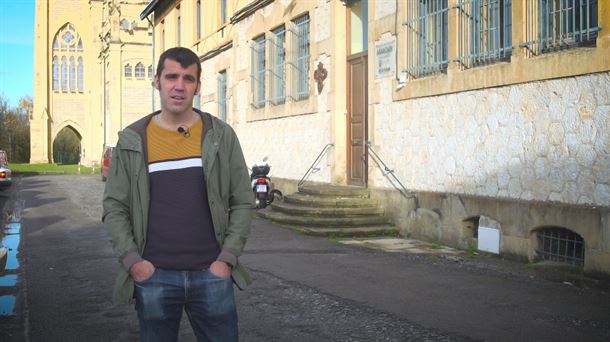 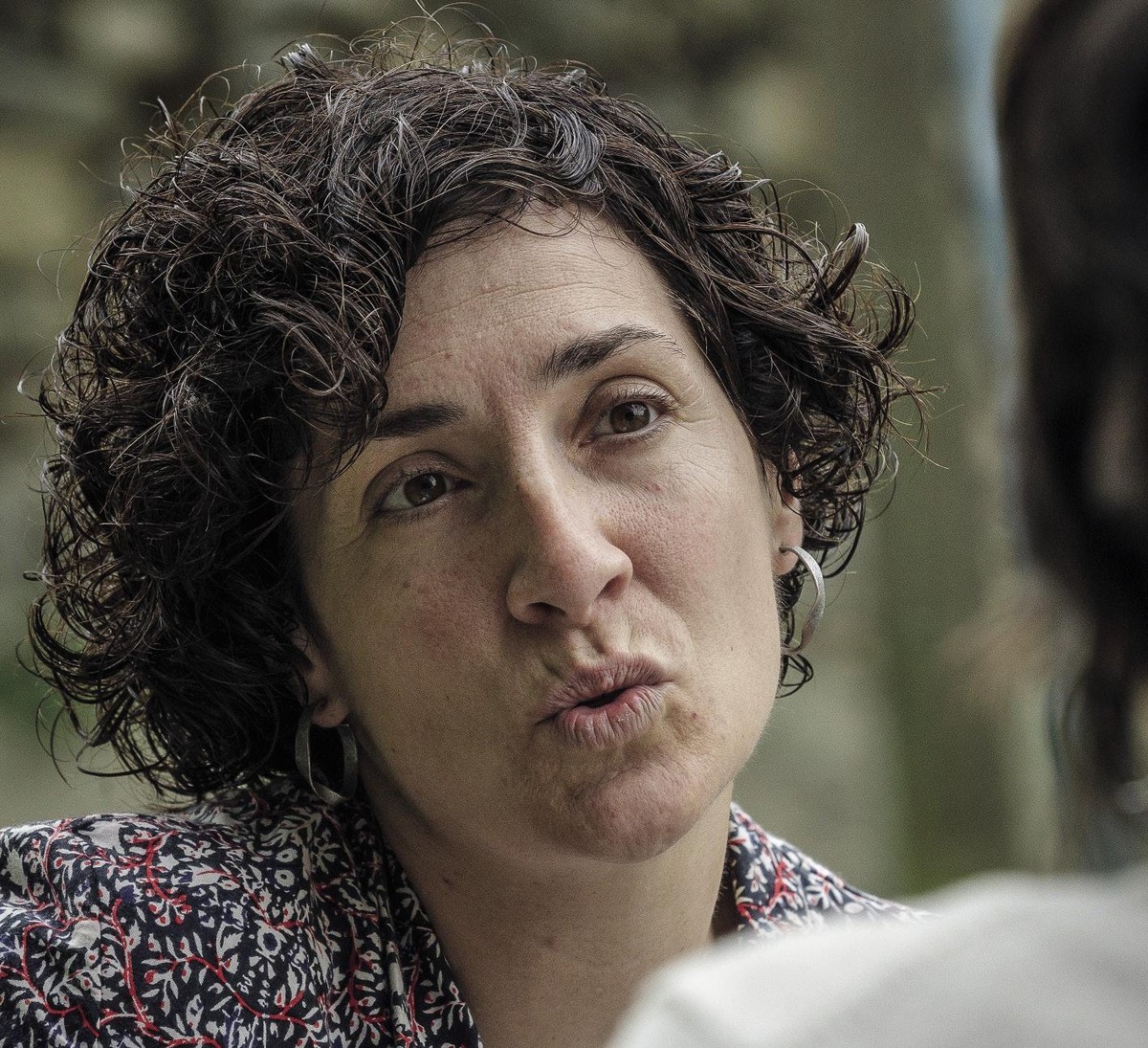