At the last UEU event held in July we had the opportunity to chat with biologist José Ramón Aihartza. Here is what he told us. 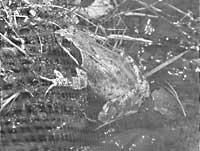 Elhuyar.- Yesterday he spoke about the alfibios of Euskal Herria within the department of Nature Sciences. What did you explain at this conference?

José Ramón Aihartza.- What I explained was the progress of a work we are carrying out or the dissemination of all the amphibian species of the Basque Country or that in our view could exist here. But it's a temporary job and we still don't have too much information and we have to do field work.

E.- What are the main or most amphibians of Euskal Herria?

J.R.A.- The best known are the common toads, the wrinkles, the txantxikos and the palmate tritons, which appear in practically all of Euskal Herria. There are other amphibians, but they only live in specific places.

E.- And which of these amphibians is the most original or interesting for you?

J.R.A.- There are some of these species. They have been found in very specific places. One of them is the false southern ranita or false southern ranita, located only in San Sebastián. It was discovered almost a century ago and has since been studied. They are still maintained throughout the Basque Country, except Iparralde. Of that we still do not have too much information, because it has not been found anywhere else and is a quite concrete phenomenon. This species is in danger. This and other species, at least in some areas, are in danger. 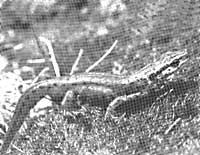 In the frogs that are eaten, that is, in the wild frogs, it has happened that initially they ate frogs of water and now they have realized that it is much easier to capture wild red frogs. They reproduce in very small wells. These are the most important risks. Now it seems that there are people who are campaigning to protect this type of frog, but it is a rather complicated task, and if not taken seriously, these species will disappear in many places. Among the wild frogs there are, at least, some specific species that live in relatively limited places and that will be the ones that will have the most risk.

J.R.A.- Yes, and this is especially evident both on the Atlantic slope and on the south of the Ebro, since in the north (especially in the Atlantic middle) most of the streams are burned. Therefore, only the tributaries of the river are uncontaminated and some small wells on the coast. The pressure of humanity is very great. Where the population density is high, these wells are in danger. Recently two or three wells have been dried in Donostia and autochthonous species (some very rare) have disappeared. This occurs mainly on the coast and, in the area of the Ribera, due to the channels used for irrigation, some marshes and natural wells cenbiat, which in other times were used for reproduction, are dried. That is also a disaster.

E.- Thank you very much.